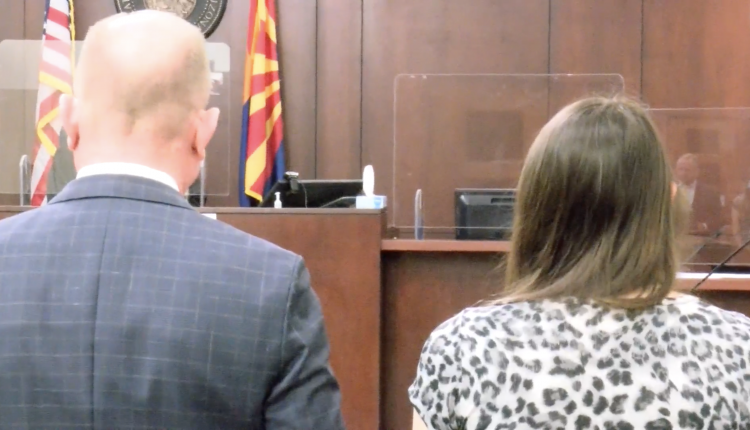 Valerie McKinstry, 28, and Katherine McCombs, 28, have been charged with a combined 20 counts of child abuse after allegedly abusing up to as many as 13 children.

McKinstry appeared in Yuma County Superior Court Wednesday morning, but the case has once again been continued until mid-September.

In court, the defense claimed that they had just received a two-terabyte file of video surveillance and evidence the morning of the hearing and would again need more time to go through it. This after there was an issue with the file last time it was sent.

State Prosecutor, Mary White, backed that claim, stating there is still a large volume of surveillance video from inside the Child Development Center, along with other evidence that needs to be addressed before moving forward. White adding that there were multiple items from the state that were not sent to their office.

The state noting that they are also willing to assist the defense in going through all of the evidence, if needed.

Due to this delay in needed disclosure, there has been no plea offer submitted at this time.

The second suspect, Katherine McCombs, will appear on Thursday morning where the same result is expected since both suspects are on the same track.

Both defendants, who worked with children at the Child Development Center (CDC) at Marine Corps Air Station Yuma (MCAS), have been accused of imposing known physical harm and intentional danger to multiple children.

According to the official police report obtained by News 11, the number of victims allegedly abused is at least 13.

MCAS learned of the alleged abuse back in late February 2021. After reviewing surveillance camera footage inside the Child Development Center, MCAS then notified the Yuma Police Department which then led to the arrests of the suspects and a full investigation.

A long-form complaint was then officially filed in December 2021.

MCAS is providing no comment at this time as criminal proceedings unfold.