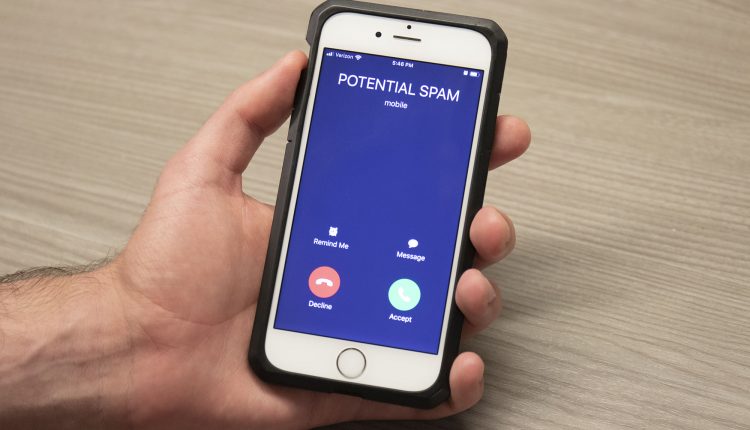 WASHINGTON – Federal regulations aimed at blocking robocalls appear to have had some effect over the past year, but robotexts have skyrocketed in their place, according to a recent report from the Arizona Public Interest Research Group.

The PIRG report said the number of phone companies that have installed spam-blocking technology since it was required last year by the Federal Communications Commission has quadrupled, and the number of spam robocalls appears to have fallen by 47% in that period.

But robocalling overall is little changed in that time – and is actually up slightly in the U.S. and Arizona – while automated text messages nationwide jumped from 1 billion last July to 12 billion in June.

In Arizona, robotexts almost tripled since January, to 565 million in June, according to RoboKiller, a spam-blocking tech company.

To experts, this is no surprise at all.

“The bad guys are going to find another way to try and get us,” said Teresa Murray, director of the consumer watchdog office for the U.S. Public Interest Research Group.

The report released this week by the ArizonaPIRG Education Fund said the number of spam robocalls in the U.S. fell 47% over the last year, from about 2.1 billion a month to 1.1 billion, citing data from YouMail, a robocall blocking firm that tracks robocall traffic.

Murray attributes the drop to a sharp uptick in the number of voice providers that have installed STIR/SHAKEN, an FCC-required technology that lets consumers see whether a call is legitimate or not. While the program got off to a relatively slow start, with 536 companies using it as of last June, the number has since increased to 1,932 phone service providers.

While that has helped, Murray said, more still needs to be done. The report said 1,002 smaller providers have claimed an exemption from the STIR/SHAKEN requirement and another 3,062 have not installed it or are using their own technology that might not be as effective.

“We don’t want to pretend like the robocall problem is going away because it’s definitely not,” she said. “Like I said even one robocall a day is way too many. ”

And people are still getting way too many.

YouMail data shows that while overall robocalls have fluctuated over the past year, they have been largely unchanged. It said that robocalls nationally went from 4.2 billion in July 2021 to 4.3 billion in June 2022.

“Robocalls are a real challenge for me right now,” said Stephan Viehweg, an Indiana resident who was visiting Washington this week. “We have two elders in our family that require extra medical care and so we have to take phone calls and when you have new providers, I don’t always know what the phone number is.”

Viehweg said his phone is “getting better at telling me whether it’s spam,” but it is still “very frustrating for us.”

YouMail said the number of robocalls to Arizona phones went from 82.6 million last July to 84.4 million in June, with all five area codes in the state seeing slight changes.

While robocalls have more or less flattened out under the new regulations, robotexts have exploded over the past year, because the FCC rules do not specifically regulate text messages, the PIRG report said.

It’s more than just a nuisance: Those text messages can pose the same threat as the calls of harming consumers through scams. Those can include claims of fake auto warranties, medical or insurance records, package deliveries and more that attempt to steal consumers’ personal information or get them to hand over cash.

“Every day you hear of cases where people have been scammed of hundreds and thousands of dollars,” Murray said.

The FCC has partnered with more than 40 state and territorial attorneys general – including Arizona Attorney General Mark Brnovich – to combat robocalls and robotexts. Brnovich’s office did not immediately respond to a request for comment, but Murray welcomed the partnerships.

“By banding together, pooling their resources, they are not like each of them doing separate investigations about the same robocall operation they suspect is doing bad things,” said Murray. While the FCC has investigative power, states have more law enforcement authority.

In the meantime, she said, consumers need to keep their guard up.

“Scammers are after two things: money or your information,” Murray said. “A lot of smart people are educated and savvy. If they let their guard down they can fall victim to these scams.”