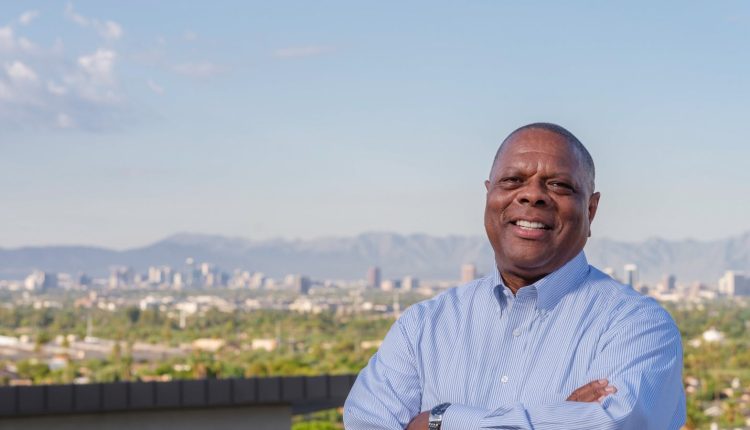 ASU Instructor Kevin Robinson has served Phoenix since he joined the city’s police department in 1980. Four decades later, he’s hoping to continue serving the city as a member of the Phoenix City Council.

Robinson is an instructor of criminology and criminal justice at the Watts College of Public Service and Community Solutions. He retired from Phoenix PD in 2017, where he was an assistant police chief, and became a full-time professor at ASU shortly after, though he has worked part-time at the University since 2000.

Robinson said his experience living and working in Phoenix made him decide to run for office.

As a police officer, Robinson has named public safety as his first priority. Other important issues to his campaign include affordable housing, water, building community and government ethics.

“Both fire services, police services, response times for both of those have been increasing, which is not acceptable,” Robinson said. “Meaning if you have an emergency, and you dial 911, whatever it happens to be, it’s taking longer and longer for the police or the fire department to respond. So public safety is number one on the list.”

In total, Robinson faces seven opponents in the District 6 election. He has received the endorsement of Phoenix Mayor Kate Gallego and Councilmember Debra Stark. The city’s election will take place on Nov. 8.

Robinson said his teaching at ASU has given him a leg up in his campaign.

“Teaching at ASU gives me an opportunity to interact with different people from different backgrounds, different perspectives,” he said. “And as a candidate for public office, you are doing just that, you are connecting with and trying to relate to all different types of folks.”

I recently sat down with @ASU News about our campaign for Phoenix City Council. I’ve been a professor at ASU for several years, and I always try to exemplify ASU values ​​in whatever I do. https://t.co/na7kl7q8NQ

He said he plans to advocate for the ASU community, despite not running in the district where the ASU Downtown campus is located.

“I’m not going to forget the student body because students have a perspective, have an understanding of things, and we will always have an opportunity to talk to them,” Robinson said.

Robinson’s students support his campaign and think he will be a good fit for the city council. Hannah Geis, a junior studying criminology and criminal justice, said Robinson is “the real deal.”

“He honestly has what it takes to be in this role and just the characteristics of a leader that I think our community needs,” Geis said. “I am a local girl who grew up in Arizona, and I would not see him in office as a bad thing. I would see Arizona benefit from him being in office for sure.”

Isabelle Henderson, a junior, studying sociology and criminal justice and criminology, said he has been a good professor who is always willing to help out students.

“After every class, there is always a long line of students with questions, and maybe they want a contact of someone he knows,” Henderson said. “He is very well connected.”

Robinson said he hopes students know the importance of voting in local elections, as they have the greatest impact on our daily lives.

“Specifically from a city council standpoint, I make sure students and people understand that city councils will have a tendency to touch their lives so much more frequently than decisions that are made at the state and the federal levels,” Robinson said. “City councils have an impact on your everyday life.”

Gillian Mccomeskey is a reporter on the Politics Desk. She has been reporting and producing news articles for 4 years. She has been published by 5 news stations.