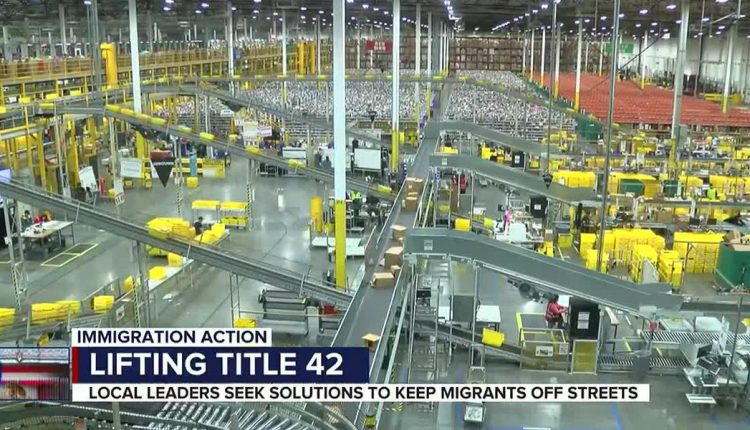 TUCSON, Ariz. (KOLD News 13) – Pima County officials are concerned about being overwhelmed if the Title 42 is lifted as it is scheduled to be Dec. 21

Title 42 is a Trump era COVID-19 health policy which prohibits asylums and other immigrants from crossing the border into the United States because of the pandemic and the risk of spreading the disease.

The Biden administration wants the policy lifted and a US District Court judge ruled it was “arbitrary and capricious” and needs to be lifted immediately. But he gave the administration a window to get things in order.

What concerns local officials is the potential for a surge of asylums crossing the border when the order is lifted.

It’s predicted the number could double or more.

Right now, Catholic Community Services processes about 400 to 450 a day which strains the system.

“There’s going to be some hard choices that will have to be made,” said Mark Evans, the Communications Director for Pima County. “If we get up to a thousand people a day and we don’t have any place to put them, then that’s going to be a day of reckoning for the federal government, the state government, the county, the city and the community at large.”

Which is why the county is looking to purchase a large warehouse or a big box store which it can quickly retrofit to handle the expected large influx. The county is presently in negotiations with a potential site.

“We can’t sit and do nothing,” Evans said. “We know this is going to happen and so we’re going to try to acquire this building.”

But yet at the same time, there needs to be a financial consideration because of the uncertainly about whether it’s actually needed.

If the surge is not as large as expected, it might mean CCS can handle it. If it’s larger than predicted, it could be overwhelming.

The question is if the county goes forward, will FEMA pay for it if it’s not being utilized.

Evans says it’s important to “make sure local taxpayers are held harmless in this because this is a federal issue.”

If the community is overwhelmed, in all probability, the CBP and Customs would do non-sheltered or street releases. That’s when they drop the asylums off in the city or transportation hub with no resources or services.

“These releases directly on to city streets are inhumane,” Arizona Senator Kyrsten Sinema told a committee hearing earlier. “And leave the migrants vulnerable to the elements and bad actors preying on the most vulnerable.”

During the hearing, Sinema chastised the Director Of Homeland Security, Alejandro Majorkas, for policies that are inadequate or don’t work.

“I’m extremely worried that DHS is not ready and the border communities and migrants will suffer the costs for this lack of preparation,” Sinema told Mayorkas. “It’s obvious the current strategy being implemented on the Southwest border is not working.”

Sinema, along with Senator Mark Kelly, wrote a letter to Mayorkas asking nine detailed questions on preparedness and other immigration issues.