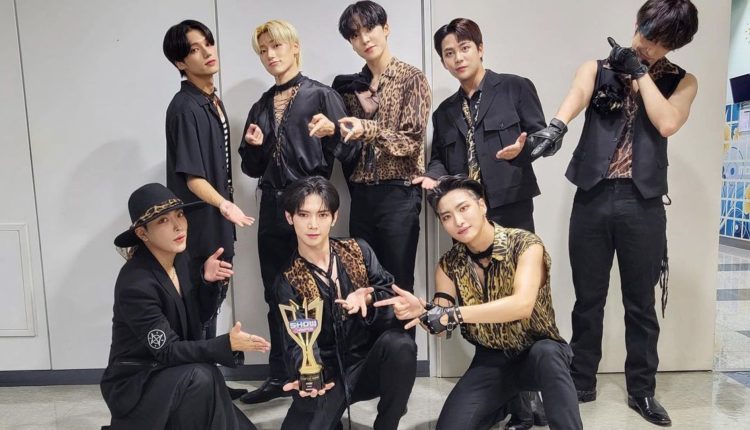 ATEEZ gets love from Shazam! star Asher Angel for their Phoenix concert

The K-pop boy band ATEEZ recently garnered attention from influencers across the globe for their stunning concert in Phoenix, Arizona. This time it is Shazam! Star actor Asher Angel, who is all praises for the Into the A to Z singers.

On November 10, Asher Angel announced via Instagram stories that he was present at THE FELLOWSHIP: BREAK THE WALL concert, where the group performed in Phoenix, Arizona, earlier that day.

Asher Dov Angel is an American actor hailing from Phoenix. In the film Jolene (2008), which starred Jessica Chastain, he made his professional acting debut as a child actor. He later became a household name following his performance as Jonah Beck in the Andi Mack series that aired on the Disney Channel in 2017. However, his breakthrough performance was in the 2019 film Shazam!, which was part of the DC Extended Universe, where Angel played the role of Billy Batson.

“Thanks for having me”: Asher Angel bonds with ATEEZ on Instagram

Asher Angel may have become an ATINY (ATEEZ’s fandom name) after seeing the group’s groundbreaking performance in Phoenix. The actor not only shared stories of himself vibing to the band’s songs, but he also went ahead and commented under ATEEZ’s Hongjoong’s Instagram post. The comment read:

“Great show tonight. thanks for having me.”

ATEEZ will continue their THE FELLOWSHIP: BREAK THE WALL tour, which will take them to five additional locations across North America in the coming weeks before going to Japan in December. This tour will mark the group’s second globe tour in 2022 alone.

2022 has been an excellent year for ATINYs around the world. The K-Pop group is on a rollercoaster ride, with one phenomenal world tour already concluded and another one underway. The first tour, THE FELLOWSHIP: BEGINNING OF THE END, kick-started in Seoul in January of this year. The group then went to the United States and floored the crowd in Dallas, Atlanta, Los Angeles, and Newark.

After a successful tour in America, ATEEZ went on to stun their European fans. While there, the Deju Vu artists performed in some of the biggest cities in the world, including London, Paris, and Amsterdam.

The group marked a personal achievement by also holding their first-ever concert in Japan. Their Japanese performances were a major success and only propelled the global popularity of the K-Pop boy band.

The ongoing THE FELLOWSHIP: BREAK THE WALL tour is the second leg of the group’s world tour. On October 29 and 30, the band commenced their second tour with two nights of concerts in Seoul. Returning to the United States after a successful first tour on November 7 and 8, the band performed in Anaheim.

Their most recent concert was in Phoenix on November 10, and this will be followed by the scheduled concert in Dallas/Forth Worth on November 16. After Dallas, the group is scheduled to perform in Chicago on the 19th, Atlanta on the 22nd, and Newark on the 27th and 28th.

Upon completion of the American tour, the group will then perform in Toronto, Canada, on December 2 and complete this tour on a high note with two performances in Japan on December 11 and 12.

In other news, ATEEZ will be making its Japanese comeback with the album The World: Paradigm, which will be released on November 30, 2022.