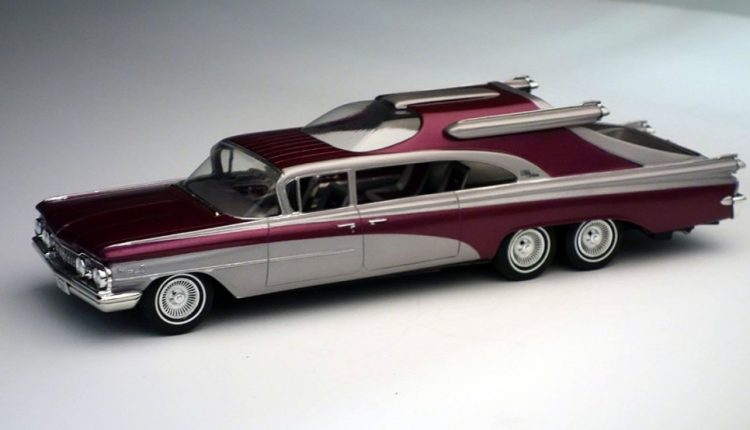 Front Range graphic designer and model car maker Joel Klassen will be showing his life’s work at the orphanage from July 31 to August 29.

The title of the exhibition of Klassen is “Plastic, Paint & Putty: The Art of Model Cars”. Over 60 finished models and many unpainted models are on display. The opening reception with refreshments will take place on Saturday, July 31, from 1 pm to 5 pm.

Joel Klassen grew up in Wheat Ridge, Colorado in the 1960s. From a young age he was fascinated by cars, drew cars with colored pencils and made rough models from Play-Doh at the age of five. He was more interested in the design and aesthetics of cars than the mechanical “under the hood” aspect that many others seemed to enjoy.

Klassen’s father introduced him to the world of model cars and helped paint and assemble some simple car kits. It wasn’t long before Klassen saved up money on the paper route to buy construction kits he could build himself. Model building was a rite of initiation for many young men at the time, and some developed the discipline to do it well. It was the golden age of model car makers. Dozens of new kits were introduced every year, depicting not only cars, but also airplanes, ships and other motifs.

By the end of high school, Klassen was still immersed in the model making hobby. After graduating from Hastings College with a degree in Fine Arts, he returned to the Denver area and embarked on a decade-long career in graphic design while continuing to indulge in his passion for model cars.

In the years that followed, Klassen met some like-minded model builders at a popular Denver hobby store. They shared tips, tricks, and tools for better builds. It wasn’t long before a model car club was born.

Classes followed the example of some of the club’s more experienced designers and began competing in model car building championships at the national level. Running with the “big boys” confronted him with the “best of the best” and he got to know some of the national players. It was an honor to be awarded one or two trophies at the big shows, but the real reward came when photos of his creations appeared in national model car magazines. In the early 2000s, the Model Club was working on some major auto dioramas. Both were featured in articles and on the cover of Model Cars Magazine.

Twenty years later, Klassen is still enthusiastic about his model cars. His years of experience in graphic design has proven itself in the design and manufacture of custom decals, among other things. Many of the auto kits available in his youth are now coveted collectibles and sell for big bucks. New technologies, including 3D printing, continue to inspire Klassen and friends.

The orphanage is located in downtown Yuma at 300 South Main Street. For more information about this exhibition or future shows, please contact Richard Birnie at (970) 630-3360 or visit the orphanage’s website at orphanageyuma.com.