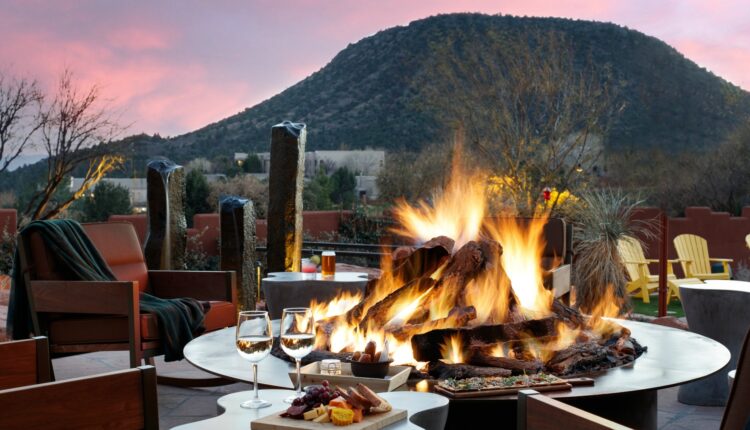 The Valley of the Sun has been on a massive economic development upswing, especially as it relates to the more opulent hospitality offerings available across the region. However, State 48’s capital city is not alone in its explosion of elevated experiences. Northern Arizona is similarly seeing an uptick in more extravagant and adventurous experiences and offerings in the areas of food, beverage and even accommodations. Here are some of the most momentous menus, must-stay spots and Northern Arizona experiences that are more than worth the miles in 2023:

READ ALSO: Here are the Ranking Arizona Top 10 lists for 2022

In 2021, Phoenix chef Rochelle Daniel debuted Atria, a fine dining concept of the highest caliber, in Flagstaff. In less than a year, the James Beard Foundation came calling, honoring her as a 2022 finalist for Best New Restaurant in the Southwest. The honor only empowered her to keep pushing. In mid-2022, Daniel announced a partnership with famed Valley mixologist Tyka Chheng of KHLA in Phoenix to dream up a cocktail program to pair with Atria’s seasonal dinner menu and in more recent months she has announced plans for three more concepts in Flagstaff. The first, a speakeasy, will debut in summer 2023 directly under Atria and offer inventive cocktails plus modern twists on tried-and-true classics. Daniel will lead the development of a compact-by-design food menu featuring ceviche, raw fish and gourmet bar snacks. The second concept, set to open in Fall 2023, is an Irish-style pub that will be located next door to Atria in the space that served for many years as Maloney’s northern Arizona outpost. Here, expect dishes like Guinness stewed pie and hearty, playful updates to gastropub favorites as well as a big focus on craft beer. The final concept, which has not released it final debut date as of yet, will be a high-end steakhouse located in the space underneath the Irish pub. Think wine wall, house-butchered meats, open-flame cooking over mesquite and a dark, swanky ambiance with foraged wood tabletops.

In 2009, despite the Great Recession, THAT Place Projects dared to open a rustic fine dining concept in Flagstaff’s then less-than-approachable Southside neighborhood. The move helped revitalize the area and sparked the team to start a family of concepts over the next several years with Annex, Tourist Home All Day Café and Corn & Flour, each of which is managed to keep open amid the pandemic. In 2022, the team earned a nod from Wine Spectator for its program at Annex. Oh, but that was just the beginning. Last year, THAT Place also announced plans to open Teatro Italian Food & Wine by year’s end. The group’s most ambitious concept to date, Teatro launched in late October 2022 and immediately had a multi-week waiting list to experience the hype. Overdelivering on even their lofty promises of bringing authentic Northern Italian recipes, handmade pastas, locally sourced produce and a steak and seafood menu that would make even New York or Las Vegas restaurant jealous, Teatro is taking the entire state by storm. Plan ahead if visiting as reservations are coveted, and do not miss the caviar service. Yes, Flagstaff has caviar service.

The words “airstream” and “cabins” likely do not conjure up images of luxury accommodations or great Northern Arizona experiences. Except at Newman Park. Created with the upwardly mobile adventurer in mind, Newman Park is located less than 10 minutes from downtown Flagstaff and when completed in 2023 will feature 60 alternative stays for those looking for something outside of a standard hotel room. Think ultra-high-end renovated vintage Airstream trailers and A-frame cabins. The project is committed minimizing developmental impact of the parcel by utilizing native landscaping and limiting the need for demolition, cement pads, and more, and the guest experience will feature and promote activities to limit impact to the adjacent forest land by discouraging the use of gas – powered recreational vehicles while focusing on mountain biking, hiking, fishing, paddle boarding skiing, snowboarding and proximity to historic downtown Flagstaff. Additional onsite amenities will include common area parks, a small fishing pond, a recreational center for events, an honor system library and curated dining options managed by the local Flagstaff restaurant team at THAT Place projects, which includes the above-mentioned Teatro as well as Tinderbox Kitchen, Annex, Corn & Flour and Tourist Home All Day Café.

Just as Newman Park is out to bend minds as it relates to A-frames and airstreams, High Country is out to do the same with the motor lodge. Part bespoke boutique hotel, part mixology bar and part curated artisan market, this stunning property features 123 rooms – including a handful of quirky, cheery cottages on property – and is designed with a retro vibe in mind. In addition to the clever amenities, notably a package of cassette tapes paired with old-school boom box to play them and a stylish rack to hang clothing akin to what someone might see on the Kardashians or in a high-end boutique, and the epic bar and grocery, there is also an expansive pool with hot tub, espresso bar, fire pits and Arizona’s first-ever Nordic spa. The experience, which alternates hot and cold therapies, has been shown to boost the immune system, improve circulation, enhance metabolism, eliminate toxins, purify the skin, soothe muscles, and alleviate stress.

Though a long-time draw for those looking for something special in Sedona, in late 2022 Hilton Sedona Resort at Bell Rock announced it snagged culinary veteran Hector Vazquez as its executive chef. Born in San Miguel de Allende in Mexico, Vazquez embraced the colors and culture of the region’s gastronomy, which served as a foundation in his culinary education and evolution. With an approach to cuisine creation that is deeply rooted in his diverse background and a passion for wellness and epicurean adventures, in late 2022 chef unveiled stunning new resort menus with fresh takes on Latin flavors, as well dishes that work in harmony with the resort’s extensive and award-winning wellness program to nourish, restore and revitalize. He also continues the now tradition of igloo-style dining offerings during the winter months, which are available through late February 2023, added 35 new wines ShadowRock Tap + Table’s permanent drink menu, including several local Arizona wines, and kicked off a weekly tap takeover and tasting partnerships featuring local breweries, wineries and spirits.

The Clinkscale in Jerome.

The Clinkscale Spooks in Style

In late October, cleverly in line with Halloween, The Clinkscale in Jerome announced the opening of its first-ever Haunted Penthouse. The new Haunted Penthouse features two queen bedrooms, one bathroom, a full kitchen, dining room, and living room, as well as a grand terrace with a stunning mile-high view. Spanning more than 1,000 square feet, the suite features 180-degree views from Mingus Mountain to the San Francisco Peaks and is above the iconic Haunted Hamburger adjacent to the main Clinkscale building and accessible from its own posh entrance. Visually, it features a fancy take on spooky décor with plush pillows, greenery, and extensive artwork all accented tastefully with the theme. There is even a haunted bar set-up than makes it a must among Northern Arizona experiences!

In September, Poco Diablo Resort opened its long-awaited Willows Kitchen & Wine Bar. Part of the $22 million dollar renovation project on property, which is impressive in its own right, Willows has its sights set on becoming a culinary destination with its small plates , large plates and a la carte offerings complemented by a massive selection of wines under the direction of executive chef and director of food and beverage Evan Campbell. Given its location in the newly named Verde Valley American Viticultural Area (AVA), there are many Arizona wines on the list, alongside old and new world wines from all over the globe. The restaurant’s name was inspired by the graceful willow trees that shade the expansive grounds of Poco Diablo. Together with the nearby iconic red rock formations, they create the quintessential Sedona backdrop, one of the Northern Arizona experiences that can be enjoyed from almost any table in the house thanks to a floor-to-ceiling glass façade and an eye-popping patio complete with fire pits.

Finally, Talking Rock Ranch, which is a private golf community nestled between Prescott and Coconino National Forest, is now offering the Talking Rock Discovery Experience. After completing its four bedrooms, four-and-a-half-bathroom club cabin in 2021, Talking Rock now has an escape from the ordinary both to allow its residents additional space to host their visiting friends and family as well as to welcome unfamiliar guests with Talking Rock to immerse themselves in the post community. The cabin also boasts a full kitchen, working fireplace, dining, and living areas and multiple outdoor spaces. Depending on the size of the party, the entire cabin may be made available or partitioned off into one- and two-bedroom options as well. Once booked, one’s group is connected to a Talking Rock concierge who will curate a custom two-night, three-day experience on property as well as optional activities off property including fly fishing, wine tasting and off-road adventures. The concierge will also offer grocery services and handle all tea times, wellness and spa appointments and dinner reservations for the group.