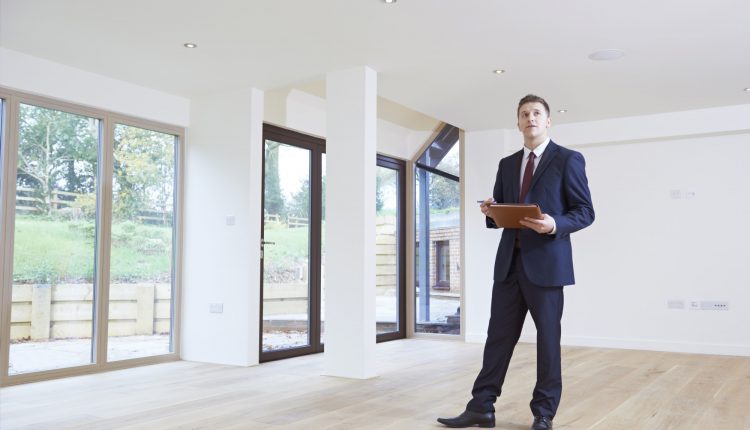 Knock, the fast-growing fintech company that makes all homebuyers Power Buyers, announced today the launch of the Knock Buyer-Seller Market Index, which revealed the US housing market began to shift in July toward buyers for the first time since 2017 — and Metro Phoenix now ranks among top 10 buyers markets.

The new index analyzes key housing market metrics to measure the degree to which of the nation’s 100 largest markets favor home buyers or sellers.

According to the index, all 100 markets strongly favored sellers through the first five months of 2022 with the month of April being the best time to sell a home since the beginning of 2017, the start of the index’s data series. June was the first time the market dipped below historic peaks for sellers, with July indicating a significant shift in market dynamics.

“At Knock, our mission is to bring certainty, convenience and cost savings to buying and selling homes. Our Buyer-Seller Market Index is designed to help people make more educated decisions about the best time to buy and sell,” said Knock Co-Founder and CEO Sean Black. “After two years of homes selling quickly and often well-above list prices, we are beginning to see a more balanced market. With the overall US housing market projected to equally favor buyers and sellers by June 2023, home shoppers may see the most favorable conditions in recent history. At the same time, that doesn’t mean a return to 2008. Sellers, who have already seen substantial equity gains in recent years, will still hold the advantage in many markets.”

The shift begins for seller markets

Fewer than 150,000 homes were sold across the nation’s 100 largest housing markets in July, the lowest monthly sales figure in 12 months and down 50.7% since July 2021. The nation’s housing inventory rose 6.8%, median days on market increased 27.3% and median sale price for all housing types was up 9.6%.

Eighty-one of the 100 largest metropolitan areas favored sellers in July. Three markets in California – San Diego, san francisco other San Jose – moved from sellers’ to buyers’ markets as home prices dropped by more than 60% and days on market also rose significantly over the same period last year. In a buyers’ market, sellers are more likely to accept a lower price than the list price. The opposite is true in a sellers’ market where homes often sell for more than the list price.

Despite a majority of markets considered to be sellers’ markets, nearly all of the 100 largest housing markets moved closer toward favoring buyers. The only exception was Fayetteville, NCwhere at $235,000 the median home price remains relatively low, but has risen quickly and homes sell in six days, less than half the national median day on market.

March will be the best time to sell in 2023; austin want to see the biggest shift

For homeowners looking to maximize profit, March is likely to be the best month to sell their home. As the market continues to become more balanced, 15 of the 100 largest housing markets are projected to favor buyers by July 2023while 27 more are expected to move to neutral territory, where neither buyers or sellers have the upperhand.

Austin, Texas, is projected to see the most dramatic shift toward buyer favorability of any city in the index – transitioning from what has been a strong sellers’ market in recent years into one of the most favorable buyers’ markets in the nation. The median sales price in austin rose 71% compared to July 2019. Nationally, the median home price was up 39.9% over the same period.

Naples, Fla.a hot housing relocation market during the pandemic, is projected to have the longest days on market by mid-2023, at 57 days, meaning homebuyers are likely to encounter far more options when seeking a home purchase. Toledo, Ohioranks second at 30 days — down slightly from this past July, when the city had the longest median days on market figure in the nation, at 32 days.

Springfield, Mo., will have the shortest list-to-sale at 4.5 days, indicating competition for housing is likely to be very high. In addition to Springfieldmedian days on market are projected to be fewer than six days in the following nine markets: Akron, Ohio; Fayetteville, NC; Cleveland; st louis; Oklahoma City; El Paso, Texas; Winston-Salem, NC other Greensboro, NC

As more markets slowly shift toward favoring buyers, median sales prices are expected to decline, but only to a point. After reaching a low in Jan 2023the median-priced home in the US is expected to reach $427,000 by June 2023. The Index predicts that California other Florida will favor buyers with North Carolina and the Northeast emerging as sellers’ markets.

To view the full report, including charts and metro-level data for the 100 largest markets, please visit: https://www.knock.com/blog/buyers-sellers-market-index-report-august-2022/