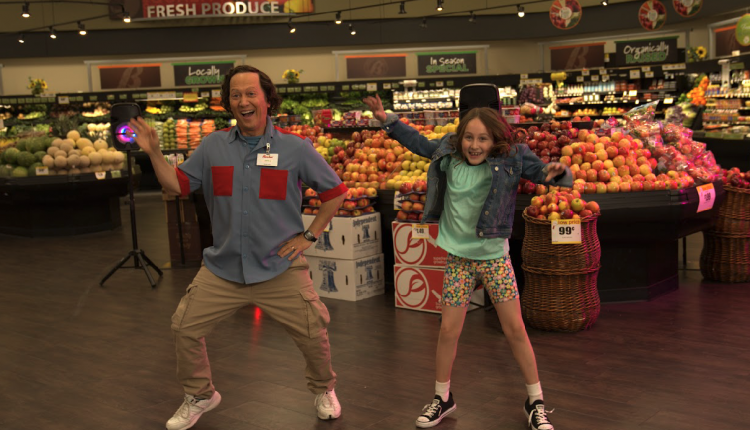 “Daddy Daughter Trip” was filmed entirely in Arizona. “I love it,” says Schneider. “I had no idea of ​​the different potential cinematic opportunities the state provides and just how beautiful a place it is to raise a family. Forget about making movies. How about making a happy family?”

Schneider and his wife Patricia Schneider, who co-wrote “Daddy Daughter Trip,” moved to Arizona during the pandemic when they decided they wanted a better life for their children. “We wanted them to grow up in a place where they could enjoy their childhood in a place that is clean, and we have nice, beautiful opportunities to enjoy snow and trees in Flagstaff. I also think it’s a free state. It really is. I think the liberties here … People don’t take them for granted. I just feel like I can breathe in every possible way.”

Schneider had wanted to make this movie eight years ago but the requirement of millions of dollars, hundreds of cast and crew, and faith in making a good film that may turn a profit was a tall order. “There’s a short line of people that will go, ‘I’ll do that!'” says Schneider. “By the time we were thinking of finishing the script my daughter was old enough to play the lead.” His daughter was the natural choice for the film and snagged the lead role.

Miranda Scarlett Schneider portrays Meara Buble, whose father, Larry Buble (Rob Schneider) takes his daughter on a spring break vacation. Although there is no budget for a vacation, Larry tries to make the best of it. When the duo meets a couple of famous travel bloggers, the father and daughter’s vacation does an about face, and they have the vacation that provides a lifetime of unforgettable memories.

Schneider daughter grew up on the set of reality TV show “Real Rob,” which followed the life of the Schneider family. “Her first words were two words that I ever remember her saying, ‘Action!’ and ‘Cut!’” On set, she would see her dad bounce out of his director chair and say those words all the time. She also had her own small director’s chair and was just following her dad’s lead.

In “Daddy Daughter Trip,” Schneider is most proud of a particular scene where he and his daughter are outside under the stars. The father and daughter have a conversation about all the different ways they love each other. “It’s gorgeous and I’m so proud of her,” says Schneider. “We worked on that every night before she went to bed and just talked about how much we love each other. When it came time to shoot it, then we tease each other.” He says it’s the most beautiful scene in the movie.

“The movie is really about hope and clinging to your dreams when you don’t have the means to pay for anything,” explains Schneider. “You have to. It’s about faith. I’m very proud of how all worked out.”

The film was shot during the pandemic and Schneider notes that it was a very safe set, and he was happy that everyone was careful, and the film was made without being shut down. Shooting locations in Arizona included Flagstaff Extreme Adventure Park, Bearizona, Butterfly Wonderland, Arizona Boardwalk, Basha’s, Changing Hands Bookstore and Agritopia.

Arrests made in relation to copper theft scourge – Yuma Pioneer