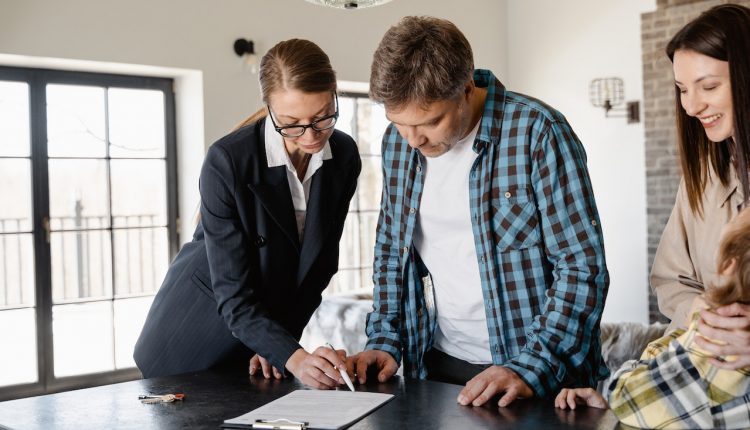 AZ Big Media Phoenix No. 2 in US for home listings seeing a price cut

Home values ​​slipped for the second consecutive month as mortgage costs continue to sideline buyers, according to Zillow’s latest market report. Affordability is driving market momentum: Low-cost markets remain competitive while prices drop the fastest in both the most expensive markets and those that witnessed the strongest appreciation during the pandemic. Data also shows that Phoenix is ​​No. 2 in US for percentage of home listings seeing a price cut, with a staggering 43.1% of home listings in Metro Phoenix seeing a price cut.

In addition to affordability challenges, recent volatility in mortgage rates is making it difficult for many borrowers to qualify for a loan or even plan for their purchase.

“Substantial day-to-day and week-to-week rate movements mean that many potential buyers are able to qualify for a loan one week, but not the next, or vice versa,” said Skylar Olsen, chief economist at Zillow. “Even buyers able to afford a house at current rates could feel frozen, waiting for mortgage rates to fall dramatically again, like they did from the end of June to mid-July, when rates dropped 50 basis points in just two weeks.”

As the share of median household income needed to pay monthly mortgage costs now stands beyond the 30% level considered to be a financial burden, uncertainty itself could be holding up a large population of buyers who could otherwise still afford to move forward with a loan. It’s likely that this problem will continue until markets stabilize and return to some semblance of normalcy, Olsen said.

The US typical home value fell 0.3% from July to August and now stands at $356,054, as measured by the raw Zillow Home Value Index. That’s the largest monthly decline since 2011 and follows a 0.1% decrease in July. Appreciation has receded since peaking in April, but typical home values ​​are still up 14.1% from a year ago and 43.8% since August 2019, before the pandemic.

Typical mortgage payments show an even stronger picture of the astronomical growth of expenses for new homeowners over the past three years. The historic rise in home prices over the pandemic combined with this year’s spiking mortgage rates have pushed the monthly mortgage payment on a newly-purchased typical home, including insurance and taxes, from $897 in August 2019 to $1,643 – an 83% increase.

Reduced competition has homes lingering on the market. Typical time before a listing goes pending is now 16 days, three days more than in July — a steeper increase than the market usually sees this time of year — and up from an all-time low of six days in April.

A look at the Top 25 markets

Inventory ticked up, rising 1% from July. But that’s by far the smallest monthly increase since February. A significant decline in the flow of new listings to the market over the past two months indicates that the slight rise in total inventory is the result of homes taking longer to sell, rather than extra selling activity. Mortgage rates hovering around 6% are likely dissuading many owners from selling their current homes and entering the market as buyers.

Affordable markets in the Midwest are generally retaining their heat while competition is cooling most rapidly in Western markets, especially those that either cost the most or saw the most extreme appreciation over the pandemic.

Home values ​​rose from July to August in 12 of the 50 largest US markets, led by Birmingham (0.9%), Indianapolis (0.5%), Cincinnati (0.4%) and Louisville (0.2%). Those four all have a typical home value well under $300,000. Miami, in the fifth spot, breaks the trend here, but also features the highest rent growth over the past three years by far, which could be stoking demand for purchases.

Listings’ time to pending saw similar trends, decreasing since July by one day in Milwaukee and staying steady in St. Louis, Cincinnati, Columbus and Louisville. Markets with the largest increase were Las Vegas by 11 days, Austin (10), Phoenix (8) and Riverside (7).

Sellers appear to be coming to grips with the new market paradigm. The share of listings with a price cut rose by just one percentage point since July, compared with much steeper hikes in previous months.

Roughly 28% of home listings nationally received a price cut — slightly higher than August 2019’s rate of 22%. The share of listings with a price cut is highest in Salt Lake City, Phoenix, Las Vegas and Austin. Markets with the lowest rates for price cuts are Milwaukee, New York, Hartford and Boston.

The 2022 Hyundai Tucson XRT Is a Bargain SUV for Adventuring