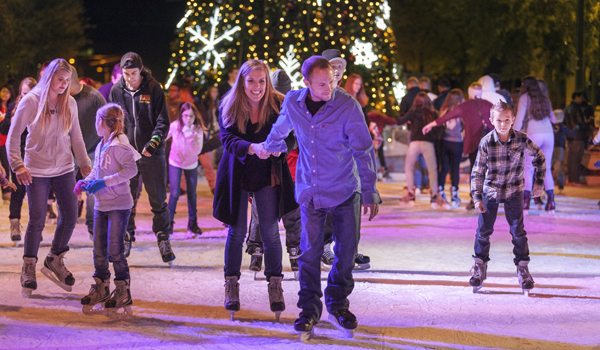 This year at Clever Real Estate, we published 22 city-focused studies across a variety of subjects ranging from the best cities for coffee and weed to the most expensive cities based. We analyzed data from the 50 most-populous metros in the US and found that, overall, Phoenix is ​​the 36th-best city in America.

The ranking was based on the normalized average of Phoenix’s scores across 22 studies we published in 2022 — including real estate studies, such as Home Prices Versus Inflation, and food studies, such as Best Taco Cities and Best Pizza Cities.

Phoenix performed best in the Best Startup Cities study, where it ranked No. 7. Here’s how Phoenix ranked in some of our other studies:

• Safest Places to Live With Climate Change: No. 10

See Phoenix’s scores across all studies on our Best of 2022 page.

When we looked back on how the 50 most populous cities performed over the year, one city came out on top — Oklahoma City — and one surprising city fell to the bottom — Dallas. With such stark contrasts between how cities can fare in any given study, we were bound to ruffle some feathers this year.

Our food-related studies on the best cities for BBQ, pizza, and tacos really riled up America — even residents of cities that made our top 10 were upset they weren’t No. 1. We also published studies on salient topics, however, such as the effects of climate change on home-buying and the stark differences between the average American’s cost of rent and their income.

Readers find these studies interesting not only because of hometown pride but also because it’s good to know how one’s city fares against other cities. In our volatile economy, millions of Americans are making the tough decision to stay put versus move away. Our studies can help inform their decisions on whether moving might really be a good decision.

This year, four cities were tied for the most No. 1 rankings (two) across all of our studies: Milwaukee, Nashville, New Orleans, and Portland. Despite earning the top spot more than other cities, none of these cities actually made the top 5 overall. Ultimately, it’s more important for your city to rank fairly high across all studies rather than shine at the top for just a few while languishing near the bottom for most studies (sorry, Riverside, California).

This article mainly focuses on the top 10 cities for each study. You can see where your city ranks in every study here:

• Oklahoma City’s highest ranking was for Best Ice Cream Cities at No. 1. OKC has the highest Google search interest for sherbert than any other city. 👇

• Home prices have risen the least in Cleveland since 2000, where they’ve jumped just 60% compared to the national average of 156%. 👇

• The best overall food city in America is San Jose, California — it was our No. 2 Best Taco City and No. 3 Best BBQ City. 👇

• The worst overall food city is Miami — its worst performance in a food-related study was Best Pizza Cities, where it came in 45th place. 👇

• Nashville is the most desirable place to live in the US when controlling for how many Americans also find a city to be undesirable. 👇

• Our least desirable city was Detroit. 👇

• Major feelings were hurt when our Best BBQ Cities study was published. Find out where your city stacked up. 👇

• San Diegans in particular were worked up about their no. 8 ranking in Best Taco Cities, one of our most controversial studies of the year. 👇