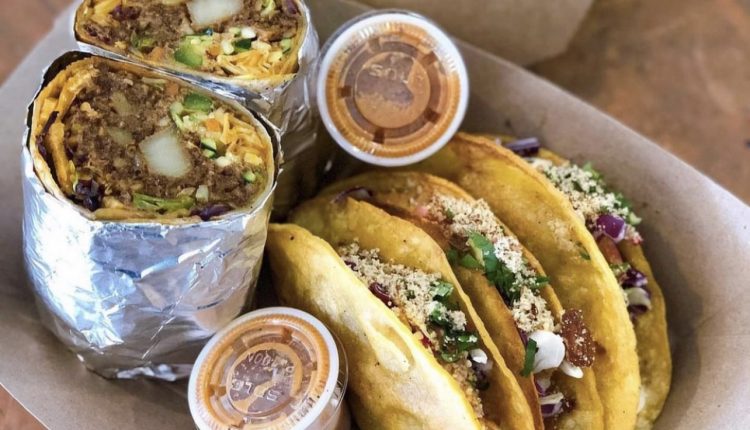 After a successful launch last year, Phoenix Vegan Restaurant Week returns for a second helping, September 11-18, 2022. Raising awareness for all things vegan, the weeklong event gives diners an affordable opportunity to explore the growing plant-based scene in the Valley .

Not exclusively limited to full-service restaurants, Phoenix Vegan Restaurant Week is all inclusive, allowing fast casual eateries, bakeries, coffee shops, food trucks, meal delivery services, ghost kitchens, and pop-up kitchens to also participate. The event was founded by Jozh Watson of PHX Vegan and Chef Jason Wyrick of The Vegan Taste meal delivery service. Longtime vegans, they are champions of expanding the accessibility of vegan eating and showingcasing the many great options the Valley has to offer.

“According to Watson, “Last year, Phoenix Vegan Restaurant Week was so well received by the community. Every eatery that participated reported a significant increase in traffic during the event. This year promises to be even bigger and better.”

During the special week, restaurants and food purveyors offer an exclusive multi-course prix fixed menu or showcase a specially priced item that best represents their establishment. Menus include not only dine-in, but take-out as well. Breakfast offerings will feature an entrée and drink and be capped at $15. Lunch meals will showcase an appetizer, entrée and drink and be capped at $20. For dinner, a three-course option is available for a max of $33 or a five-course meal with a cap of $44.

Phoenix Vegan Restaurant Week is a great way for hungry Phoenicians to explore the Valley’s growing plant-based food scene while supporting small businesses in the community. Whether someone has already adopted a plant-based lifestyle, is vegan-curious, or simply wants to go meatless a couple of days a week, Phoenix Vegan Restaurant Week gives diners the opportunity to try out multiple establishments at a reasonable price.

As the tastemaker behind PHX Vegan, a Maricopa-wide web portal offering education, events, and resources, as well as the creator of the growing monthly open-air market, Vegan Social, Watson has a pulse on the vegan dining scene and is encouraged by its recent growth. “There’s a demand for plant-based cuisine, and chefs and restaurateurs are filling the void. In less than a year, nearly 20 vegan and vegan-friendly restaurants and ghost kitchens have opened in the Valley.”

Early bird registration for eateries just opened, and the participants already include Beaut Burger, Dilla Libre (Phoenix and Scottsdale), Giving Tree Café, Gooder Goods, Nana’s Kitchen, Pachamama, Salvadoreno Restaurant (Phoenix, Mesa, and El Mirage), The Vegan Taste, and Vegan & Vine. The number of participants will continue to grow, and the list will be regularly updated. Non-vegan restaurants are also encouraged to sign-up to show off their plant-based offerings.

According to Wyrick, “Restaurants are realizing they need to appeal to a variety of food preferences. Veganism is a lifestyle choice that is here to stay, and we’re proud to show off the amazing culinary mark Phoenix is ​​making.”

For a list of participating businesses or to register for Phoenix Vegan Restaurant Week, visit www.phoenixvegan.com.

Yuma Boys and Girls Club to Open in August