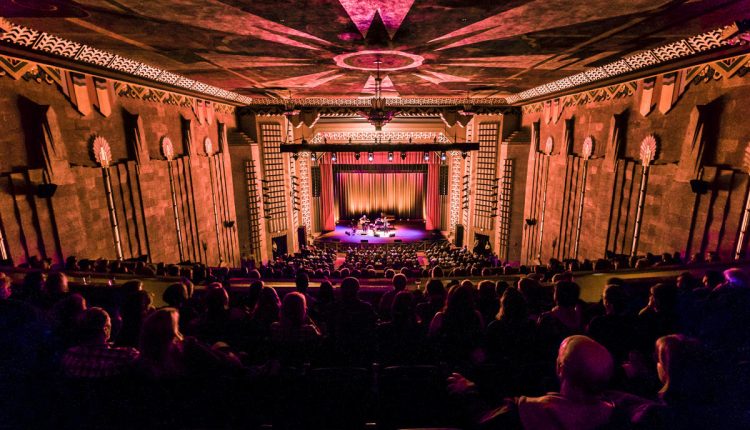 AZ Big Media Tucson ranks No. 1 among US cities that give the most goose bumps

The United States is filled to the brim with creepy places, (supposedly) haunted locations, paranormal sightings, and other phenomena that are likely to give even the bravest among us a serious case of goosebumps.

As we draw nearer and nearer to spooky season, the team at Shane Co. thought it would be fun to take a comprehensive look at all things creepy and find the parts of the country where you’re most likely to run into things that go bump in the night

So if you’re in the market for some spooky date night ideas this year, you’re in luck. From ghost towns and paranormal encounters to ghost tours and haunted houses, we mapped out the best US cities for people searching for a good scare.

• Tucson, Arizona, is the city most likely to give you goosebumps because of its vacancy rates, UFO sightings, and its venomous spider species population.

• Augusta, Georgia, gives the most ghost town vibes of any city due to its home, rental, and retail vacancy rates.

• Seeing is believing in Tucson, Arizona, and Wichita, Kansas. Both score well thanks to cemeteries per capita and paranormal encounters.

• New Orleans, Louisiana, is home to the most additional fright factors thanks to its number of ghost tours, haunted locations, and venomous spider species.

US Cities That Give the Most Goosebumps

Jumping right into the top of the list when it comes to creepy places, let’s find out why Tucson, Arizona, ranks as the spookiest spot in the US

The Old Pueblo is buoyed to the number one spot with a score of 51.68 out of 75 for three main reasons: a retail vacancy rate of 6.1%, 4.2 UFO sightings per 10k people, and the seven venomous spider species that are native to the state ofArizona. That means at the right time of night Tucson can feel like an old Western ghost town, give you a genuine paranormal experience, and cause some queasiness from creepy crawlies all at once. There are plenty of said-to-be-haunted locations in the Tucson area.

Taking the second spot in our ranking is Sarasota, Florida (50.34). The Gulf Coast Florida city excels at giving goosebumps because of the number of ghost tours and haunted locations it offers (2.9 per 100k people), and fairly high vacancy rates for both rentals (8.0%) and housing units (24.9%).

The bronze medal winner for creepy places with a score of 49.79 out of 75 is Augusta, Georgia. The city is ranked as our highest “ghost town” due to its retail (5.9%) and housing (23.6%) vacancy rates. It is also home to 12.3 cemeteries per 100k people and nearly four ghost sightings per 100k people.

Other notable cities in our ranking include Little Rock, Arkansas (score of 48.12), and Knoxville, Tennessee (score of 47.7). Little Rock has plenty of cemeteries, ghost tours, and haunted houses per 100k people, while Knoxville ranks highly due to its better-than-average amount of ghost sightings and UFO sightings per capita. Knoxville also has 17.2 cemeteries per 100k people.

Cities That Will Give You Goosebumps You can get a mean case of goose bumps for a variety of reasons. That’s why we took some time to categorize our data and break down the cities where you’re most likely to get goosebumps into three specific groups: ghost towns, seeing is believing, and additional frights.

When it comes to our “seeing is believing” category, Tucson, Arizona (our top-ranked city overall), takes the cake. Propelled to the top of this category by a large number of UFO sightings (the only city with more is Albuquerque, New Mexico) and ghost sightings, the people of Tucson sure seem to want to believe. Wichita, Kansas, and Spokane, Washington, round out the top three cities in this category due to plenty of paranormal experiences like UFO and ghost sightings, as well as a large number of cemeteries per 100k people, Wichita with 4.9 and Spokane with 3.9.

Our final category comes in the form of additional frights. In our analysis, this includes factors such as venomous spider species found in the state, and the number of ghost tours, haunted houses, and haunted locations per 100k people. New Orleans, Louisiana, tops our list here thanks to a staggering 12.6 haunted locations per 100k people, along with plenty of ghost tours to boot. Greenville, South Carolina, came in second here due to its impressive 4.3 ghost tours and haunted houses per 100k people, while Albuquerque, New Mexico, finished third. The state of New Mexico is home to six venomous spider species, which is six too many if you ask us.

If you’re planning a stroll through any of these goosebump capitals this autumn, just be prepared for an unnerving sensation or two … and maybe bring someone along in case you encounter UFOs, ghosts, or just a good old-fashioned haunted house!