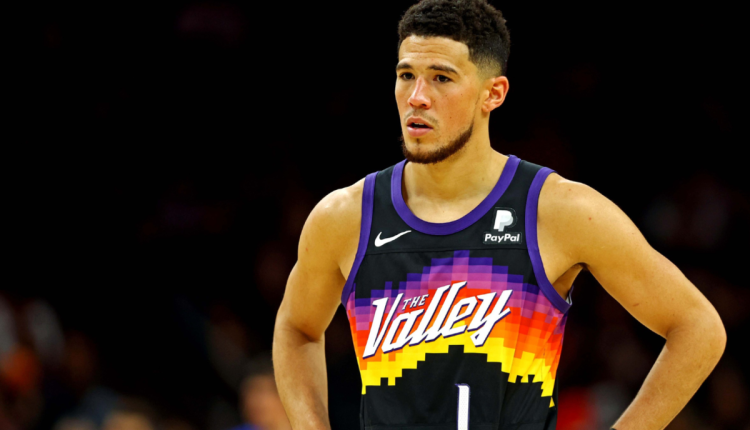 The Phoenix Suns have a lot riding this season.

After nearly winning the NBA Finals two seasons ago, the Suns followed up their magical run with a franchise record 64 wins before again falling short.

The Valley is hungry for their first championship, and there’s a few factors putting more pressure on the Suns to make good on their current roster.

Chris Paul is getting no younger, and the surrounding players on the team are now all handsomely paid (Cam Johnson still pending). It’s time for Phoenix to push themselves over the hump.

Bleacher Report would agree, as they put Phoenix as one of five teams who are currently in a make-or-break season.

Here’s what Grant Hughes offered on the Suns this season:

“Even if none of the events of a borderline calamitous offseason had happened, it would still feel like the Phoenix Suns’ core was nearing the end of the line. Though this group isn’t anywhere near Utah Jazz territory in terms of repeated playoff disappointments , the Suns have had similarly stellar regular seasons amount to nothing for two years running.

“It’s admittedly harsh to call a Finals trip and a second-round elimination “nothing,” but the circumstances matter. Phoenix was up 2-0 on the Milwaukee Bucks in 2021 and lost four straight games, squandering what history said was an almost insurmountable lead.The Suns were just the fourth team since the NBA-ABA merger to fall short in the Finals after getting out to a 2-0 advantage.The other 18 teams to pull ahead in that fashion were able to close the deal.

“Add to that the 2-0 edge Phoenix gave back in last year’s conference semifinals against the Dallas Mavericks, which concluded with an absolute dismantling in Game 7. Nothing stings like letting a title get away, but a flameout like that after a 64- win season cannot have felt great for the Suns.

“It’s hard to imagine Phoenix resists the urge to tinker if there is a third postseason stumble this spring.

“Of course, other factors are in play. Chris Paul is playing his age-37 season, which means a steep falloff could come at any moment. Deandre Ayton literally signed a contract to play for another team this offseason (which Phoenix matched), a decision that followed a benching in that fateful Game 7 against Dallas Jae Crowder is away from the club following a trade demand, and the player the Suns prioritized ahead of him, Cameron Johnson, couldn’t reach an extension agreement before the season. He’ll hit restricted free agency in 2023 with a three-and-D skill set everyone will covet.

“Devin Booker and Mikal Bridges aren’t going anywhere, which lends the franchise some stability. But tension, awkwardness and a pair of conspicuous big-stage failures loom over the Suns—as does the impending sale by pariah governor Robert Sarver.

“If this season doesn’t end successfully (whatever that even means in the contender-laden West), Phoenix could look very different in 2023-24. In fact, change could come even sooner if the offseason turmoil produces a sluggish start.”

Sun’s Pass First Test of Season in Win Over Mavericks