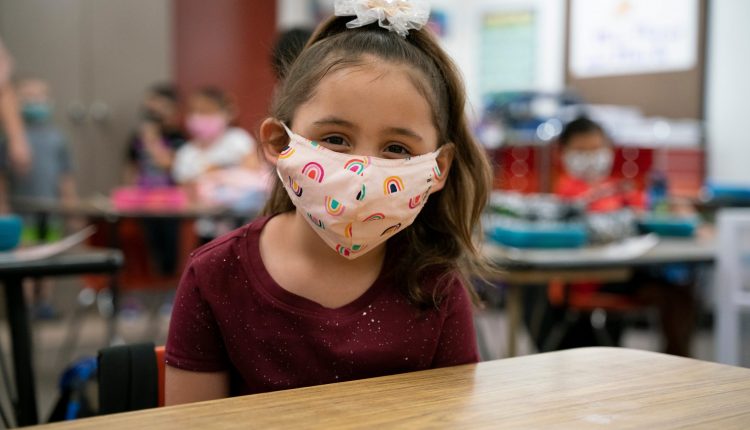 PHOENIX – A coalition of educators and parents is asking a judge to scrap the Legislature’s ban on school mask mandates before it takes effect on Sept. 29.

Maricopa County Judge Katherine Cooper heard arguments from both sides in a hearing Monday afternoon to consider the constitutionality of the mask mandate ban. If the lawsuit is successful, local governments and school districts will be able to make their own decisions regarding mask and vaccine mandates for staff and students.

According to the complaint filed on behalf of school masking advocates and others, the Legislature passed several budget reconciliation bills with the ban on mask and vaccine mandates for schools and public universities “unconstitutionally” hidden within. Article 4, part 2, section 13 of Arizona’s Constitution says legislation can only focus on one subject — the single-subject rule — and that subject “must be properly addressed in the title of the act.”

“Unless the laws are declared unconstitutional and enjoined, a great many children in Arizona will get COVID-19,” plaintiffs’ attorney Roopali Desai told the judge. “This case is not about the substance of policies of various provisions we’ve challenged but present a textbook example of legislative enactments that violate the Constitution’s single-subject and title requirements.”

Defense attorney Patrick Irvine, who’s representing the state, said budget reconciliation bills are necessary to implement the budget and are up to the Legislature to determine.

The lawsuit questions four bills in particular: House Bill 2898, Senate Bills 1824 and 1825, which relate to health and education, according to the complaint. The fourth, Senate Bill 1819, focuses on budget procedures and reconciliation, which the lawsuit says are a violation of the single-subject rule.

Irvine said that these bills have to have some connection with the general idea or topic of the bill and that the bills in question meet that requirement.

Chris Kotterman, the Arizona School Boards Association director of governmental relations, said this lawsuit is about more than mask mandates but rather about school and local governing boards taking back control to make decisions best suited to their communities. The association is among the plaintiffs in the suit.

“We were pleasantly surprised that a number of people seem to agree with us more strongly than we initially thought,” Kotterman said. “Voters agree that governing boards should be able to make their own decisions, and that’s really where we think the strength is.”

A statewide telephone survey in late August, funded by the association and the Arizona Public Health Association, found that a majority of the 400 registered voters surveyed support mask mandates in schools, business and government buildings.

Most Arizona voters support masks in schools, but not Republicans

About 57% of respondents said masks should be required while in local government or school buildings with 53% of people surveyed saying local governments, school districts and charter schools should be able to make their own rules regarding mask mandates.

When surveyed about the ban on mask mandates, nearly 60% of people opposed the law, with 61% saying they oppose Gov. Doug Ducey’s $163 million grant to schools and districts that offer in-person learning without enforcing a mask mandate.

Lupita Hightower, the superintendent for the Tolleson Elementary School District, said most parents, school boards and superintendents want to be able to make decisions regarding mask and vaccination mandates based on what they’re seeing.

“We want to be able to make decisions that are based on the local context of the community,” Hightower said. “Not being able to have that local control as a governing board and as superintendents is difficult.”

The Tolleson district does not mandate masks or vaccines for students or employees. In a survey conducted by the school last year, about 75% of teachers and staff answered that they had been vaccinated. In the month that school has been in session, she said only three adults have tested positive for COVID-19.

Hightower said this lawsuit’s success would be a huge win for democracy.

“In our state, there have been bills that have been included in a budget package that do not have anything to do with the budget,” she said. “We want people to know that we really care about our students’ health and that we’re trying our best to keep our students in person and learning.”

Cooper is expected to rule on the lawsuit before Sept. 29.