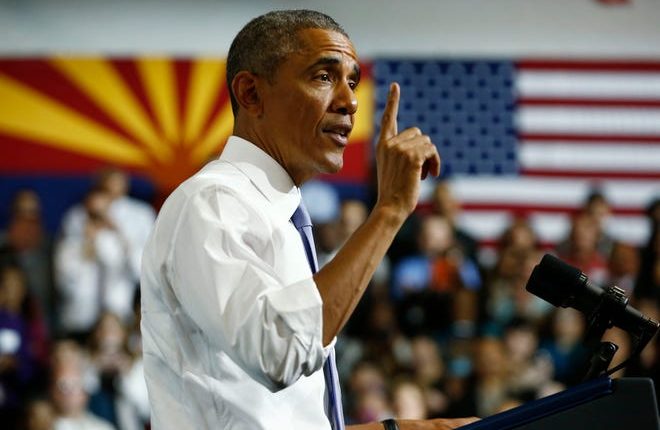 Former President Barack Obama is scheduled to hold a rally Wednesday evening in Phoenix for Arizona’s top Democratic candidates, underscoring the stakes and political competitiveness of the state.

Details on the exact time and location were not yet available for the event, which is being handled by the Arizona Democratic Party. Admission is free and can be reserved by visiting https://www.mobilize.us/missionforaz/event/539592/.

Sen. Mark Kelly, D-Ariz., and gubernatorial candidate Katie Hobbs are expected to attend, along with other Arizona elected and community officials.

Obama has been touring competitive states across the country in recent days in a bid to boost Democratic prospects.

Both races are expected to be close.

Obama made sporadic visits to Arizona as president and as a candidate. In October 2007, for example, the eventual Democratic nominee visited Arizona State University.

In May 2009, he gave the commencement speech to ASU graduates in Tempe.

He memorably led a memorial service in Tucson for the victims of the January 2011 massacre that killed six people and left then-Rep. Gabrielle Giffords, D-Ariz., seriously wounded.

In January 2012, he visited an Intel factory in Chandler. Before leaving, then-Gov. Jan Brewer famously wagged her finger in the president’s face on a tarmac.