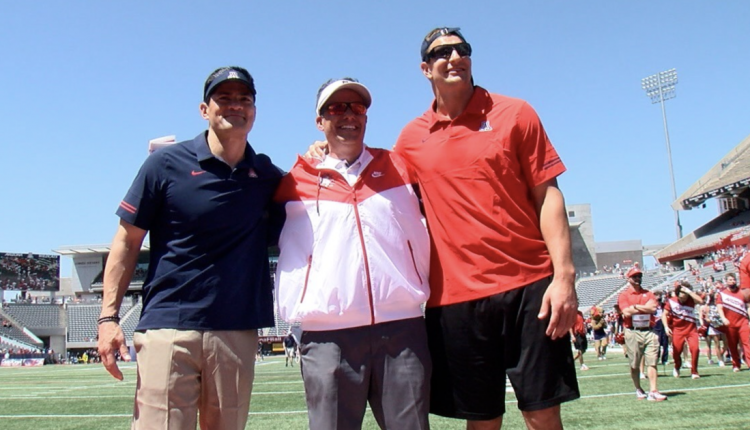 Gronkowski will receive the Dick Tomey Arizona Strong Award, which is given annually to an individual who has made a significant contribution to the Southern Arizona community.

The Lopez Foundation will be the recipient in 2022 for their incredible work and generosity in Tucson. The Barstool Sports Arizona Bowl is in its eighth season and is looking forward to continuing its mission of giving back to the community. Since 2015, the Arizona Bowl has donated 100% of its net proceeds to charity, totaling over $4.5 million.

The Kickoff Luncheon will be held at the Tucson Convention Center on October 27, 2022.

Tickets are on sale now at azbowlkickoff.

Gronkowski played college football at the University of Arizona and earned several awards, including being named a Sporting News and Rivals.com Freshman All-American.

He is a four-time Super Bowl champion (XLIX, LI, LIII, LV), a five-time Pro Bowl selection, a four-time First Team All-Pro selection, and was named to the NFL 2010 All-Decade Team and the NFL 100th Anniversary All-Time Team. He holds many records including being the first player to lead the league in receiving touchdowns and having the most career postseason receiving yards by a tight end.

——-
Bivian Contreras is a real-time editor for KGUN 9. Bivian graduated from the University of Arizona School of Journalism with a Bachelor’s degree in Journalism with an emphasis in Broadcast and is currently pursuing a degree in Broadcast Operational Meteorology. Share your story ideas and important issues with Bivian by emailing [email protected] or by connecting on Facebook, Instagram, and Twitter.