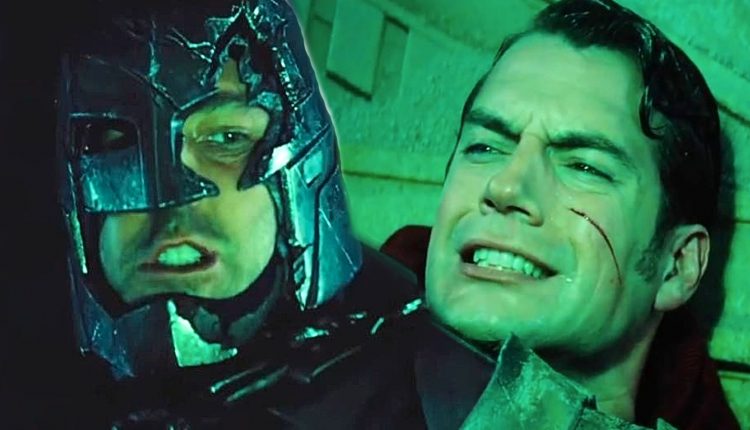 HBO Max pokes fun at an iconic moment in the DCEU film Batman v Superman: Dawn of Justice with a Martha-themed message for Mother’s Day 2022.

HBO Max has delivered a special Mother’s Day message using an inside joke from Batman v Superman: Dawn of Justice. The film, which came out in 2016, was the first project in the DC Extended Universe to start the worldbuilding in earnest and attempt to have their iconic heroes make a franchise at the scale of the Marvel Cinematic Universe. The film, which saw the villain Lex Luthor (Jesse Eisenberg) fomenting discord between Gotham’s dark knight Batman (Ben Affleck in his first appearance as the caped crusader) and Metropolis’s hometown hero Superman (Henry Cavill returning from Man of Steel), also introduced Gal Gadot as Wonder Woman, a role she would reprise in Justice League and two solo Wonder Woman movies.

One of the most notorious scenes in the battle between the two heroes comes when Batman has Superman at his mercy and is about to strike a killing blow. Superman chokes out a plea explaining that Luthor has kidnapped his mother, Martha, and is going to kill her. Batman, whose mother is also named Martha, stops and exclaims, “Why did you say that name?” The heroes, now realizing what they have in common, eventually team up to destroy the monstrous Doomsday, who is wreaking havoc downtown. The scene almost instantly became a meme that spread like wildfire, with many fans poking fun at the fact that all it took for the climactic battle between DC’s most iconic heroes to come to an end in a film literally titled Batman v Superman was the name Martha .

Mother’s Day is coming up on Sunday, May 8, 2022, in the United States. In honor of the impending holiday, HBO Max has shared a special themed message on the official page for Batman v Superman: Dawn of Justice. The message makes reference to that infamous Martha scene, reading, “This one’s for all the Marthas out there this Mother’s Day. Moms are the real-life super heroes.” Check out a screenshot of the message below:

This joke just goes to show how prevalent the Martha meme is still, even six years after the film’s release. The characters have moved on from this point, with Cavill stepping down from his role and Affleck making way for Robert Pattinson’s Bruce Wayne in The Batman, even though he will be making an appearance in the upcoming The Flash. However, in spite of these roster changes, Martha remains one of the most indelible contributions they made to the franchise, and fans won’t soon forget it.

While this Batman v Superman: Dawn of Justice joke may come off as snide, HBO Max has already proven their commitment to Zack Snyder’s vision. Last year, they debuted the expensive, four-hour streaming project that brought the director’s original vision for the film Justice League to life. This effort was in response to a Twitter campaign from Snyder fans, so if anything, this message clearly proves that the people behind DC and Warner Bros. read the tweets about their own films.

Next: Why Batman Had To Win The Fight In Batman V Superman

Brennan (he/him) is a senior writer at Screen Rant and a millennial who knows more about 80’s slasher films than he has any right to. A former host of the Attack of the Queerwolf podcast, Brennan has been writing and podcasting about pop culture (especially horror films) for a decade. Brennan’s interests also include the Muppets, bubblegum pop from around the world, and reading (especially Jane Austen, Agatha Christie, the manga of Junji Ito, and novels of magical realism). His favorite film directors are Wes Craven and Pedro Almodóvar.