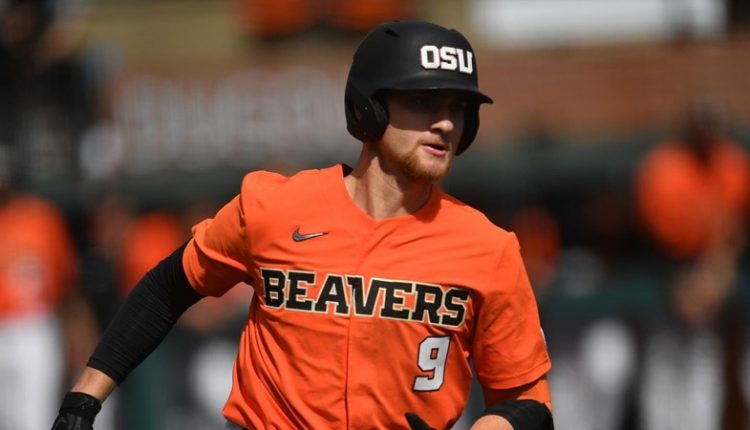 TUCSON, Ariz. – The Oregon State baseball team, ranked as high as No. 1 in the nation, dropped a 5-2 decision to Arizona Saturday night at Hi Corbett Field.

Oregon State scored first when Mason Guerra doubled home Jacob Melton in the first. The Beavers scored again in the ninth when Greg Fuchs drove into Travis Bazzana on a triple.

The Beavers were handcuffed by Arizona starter Garrett Irvin, who improved to 5-3 on the year. He held Oregon State to three hits and a run in seven innings.

The teams played to a 1-1 tie through the game’s first six innings. But Arizona (34-18, 15-11) took the lead on Noah Turley’s two-run home run in the seventh. Daniel Susac drove home runs four and five on a soft single to center.

Jacob Kmatz took the loss for OSU after starting his 12th game of the season. He allowed six hits and four runs – three earned – in six innings. He is 8-1 a year.

Bazzana led OSU with two hits, including a triple in the ninth.

The teams play the third and final game of the series Sunday at 12:05 pm PT. It will air live on the Pac-12 Network.

– Garret Forrester batted in the second spot of the lineup for the first time this season. Mason Guerra, meanwhile, was in the fourth spot for the first time. Greg Fuchs also made his first start of the season in right field.
– The Beavers have now scored 53 first-inning runs this season.
– Jacob Melton extended his hit streak to five games with a single in the first.
– Garret Forrester walked in the third to reach base safely for the 18th consecutive game. He later doubled in the eighth.
– The Beavers were the third-to-last team nationally to lose their 10th game this season. Only Tennessee and Davidson remain with fewer than 10 losses.