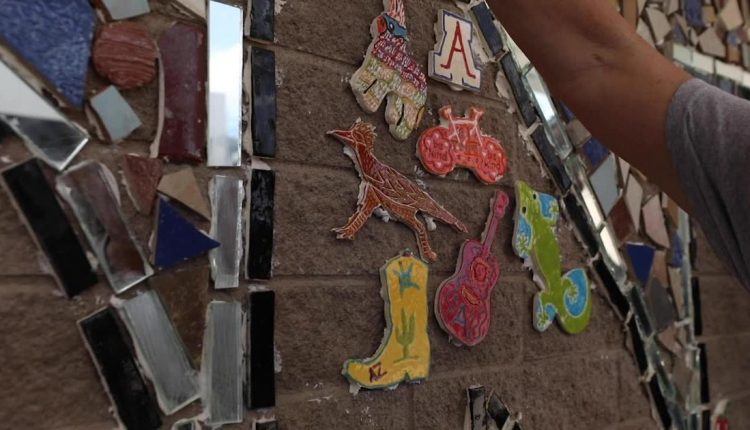 Due to construction of the RendezVous Urban Flats Apartments and the expansion of Downtown Tucson, the original “I am Tucson” mural was removed in 2019. Ben’s Bells staff and volunteers recreated the mural along a wall at the TCC, near the front entrance, in Honor of Ben’s Bell’s 20th anniversary. “Re-creating the “I am Tucson” mural has always been something we have wanted to do. It has taken a year of planning and months of volunteers coming into the Downtown Studio to create mosaic tiles. We’re grateful to the community and to TCC for embracing the importance of visual reminders to practice kindness,” says Ben’s Bells Executive Director, Helen Gomez. Video by Rebecca Sasnett, Arizona Daily Star.

Rebecca Sasnett has been a photojournalist with Star since 2019. Previously she worked as a freelance photographer for Arizona Athletics and USA Today Sports. She loves hanging out with her three cats and four dogs.