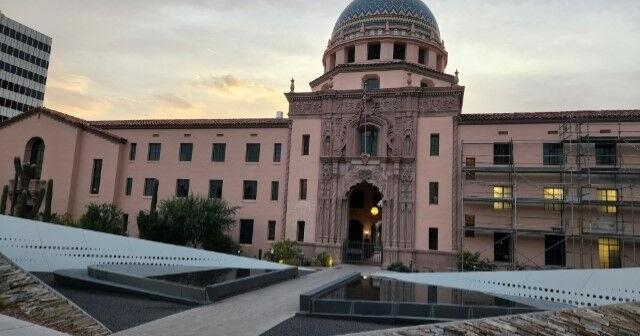 Beyond annual walk honors those impacted in Tucson shooting | news

Beyond kicked off its 12th annual walk to honor those impacted by the mass shooting that took place in Tucson on January 8th, 2011.

Beyond kicked off its 12th annual walk to honor those impacted by the mass shooting that took place in Tucson on January 8th, 2011.

Many people within the community showed up to walk up to five miles remembering the lives lost and those who were injured during that tragic day.

The nonprofit Beyond started as an organization to promote health and wellness for the community in response to the shooting.

“This is a way to remember and come together, along with finding out what we can do to help every day of the year. So that means getting out and enjoying nature, getting together with people, moving your body and being healthy in all kinds of ways”.

Today’s walk took place at Gabe Zimmerman Trailhead which is named after one of the victims who lost his life during the shooting.

“From a very early age, it was kind of obvious that Gabe had a natural gift for connecting with other people”.

Gabe’s mother also added “It was great for the County and the Arizona Trail to name this trailhead after him. He loved Tucson, he was born here, when he had opportunities to leave, he chose to stay in Tucson”, said Emily Nottingham.

Gabe’s father tells news 4 Tucson he is very pleased with the people who designed the January 8th memorial in downtown Tucson.

Zimmerman said “The County is opening the January 8th memorial from nine in the morning to five at night tomorrow for people who want to come in and spend a few quiet moments there”.