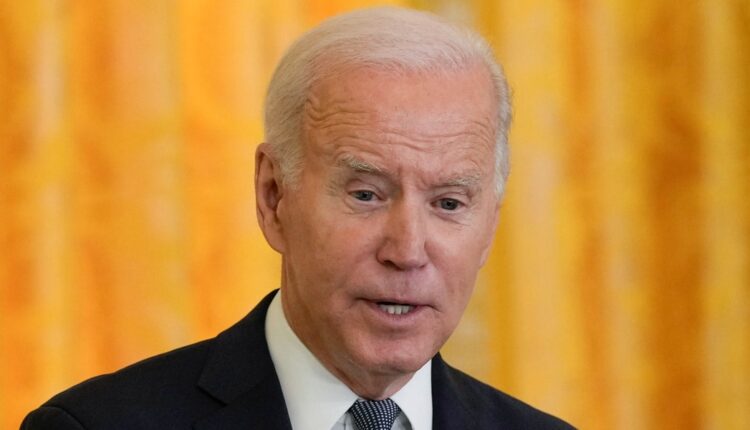 KINGSHILL, US Virgin Islands (AP) — President Joe Biden has pardoned six people, including a man from Yuma, who have served out sentences after convictions on a murder charge and drug- and alcohol-related crimes. Gary Parks Davis pleaded guilty to using a telephone for a cocaine transaction in the 1970s.

The pardons, announced Friday, mean the criminal record of the crimes is now purged. They come a few months after the Democratic president pardoned thousands of people convicted of “simple possession” of marijuana under federal law. He also pardoned three people earlier this year and has commuted the sentences of 75 others.

Biden’s stance on low-level crimes, particularly low-level drug possession, and how those crimes can impact families and communities for decades to come has evolved over his 50 years in public service. In the 1990s, he supported crime legislation that increased arrest and incarceration rates for drug crimes, particularly for Black and Latino people. Biden has said people are right to question his stance on the bill, but he also has encouraged them to look at what he’s doing now on crime.

The pardons were announced while the president was spending time with his family on St. Croix, in the US Virgin Islands. The White House said those pardoned are people who went on to serve their communities. It said the pardons reflect Biden’s view people deserve a second chance.

Those granted pardons are:

— Beverly Ann Ibn-Tamas, 80, of Columbus, Ohio. At age 33, Ibn-Tamas was convicted of killing her husband. She testified that her husband beat her, verbally abused her and threatened her. She told jurors that she shot him moments after he had assaulted her while she was pregnant. The judge refused to allow expert testimony on battered woman syndrome, a psychological condition that can develop among victims of domestic violence. Ibn-Tamas got one to five years of incarceration with credit for time served. Her appeal was among the first by someone with battered woman syndrome, and her case has been studied by academics.

— Charles Byrnes-Jackson, 77, of Swansea, South Carolina. Byrnes-Jackson pleaded guilty to possession and sale of spirits without tax stamps when he was 18, and it involved a single illegal whiskey transaction. He tried to enlist in the Marines but was rejected because of the conviction.

—John Dix Nock III, 72, of St. Augustine, Florida. Nock pleaded guilty to using his property as a grow-house for marijuana 27 years ago. He didn’t cultivate the plants, but he got six months of community confinement. He now operates a general contracting business.

— Gary Parks Davis, 66, of Yuma, Arizona. When Davis was 22, he admitted to using a telephone for a cocaine transaction. He served a six-month sentence on nights and weekends in a county jail and completed probation in 1981. After the offense, the White House says, Davis earned a college degree and worked steadily, including owning a landscaping business and managing construction projects. He has volunteered at his children’s high school and in his community.

— Edward Lincoln De Coito III, 50, of Dublin, California. De Coito pleaded guilty at age 23 to being involved in a marijuana trafficking conspiracy. He was released from prison in December 2000 after serving nearly two years. Before the offense, De Coito had served honorably in the US Army and the Army Reserves and had received numerous awards.

— Vincente Ray Flores, 37, of Winters, California. As a 19-year-old, Flores consumed ecstasy and alcohol while serving in the Air Force, later pleading guilty at a special court-martial. He was sentenced to four months of confinement, loss of $2,800 in pay and a reduction in rank. Flores participated in a six-month rehab program that gives select enlisted offenders a chance to return to duty after therapy and education. His reduction in rank was amended, and he remained on active duty, earning medals and other awards for his service.

Tucson rings in the new year at annual Taco Drop