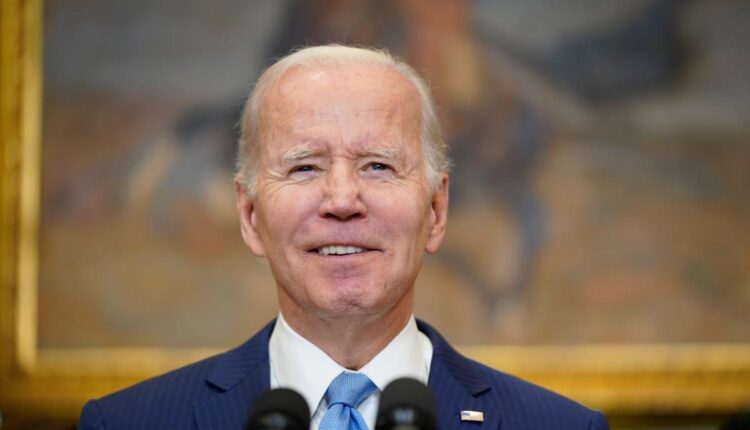 Davis served six months in jail on nights and weekends for using his phone in 1980 to participate in “an unlawful cocaine transaction.” He finished his probation period the following year.

“Today, President Biden granted clemency to Yuma resident, Gary Parks Davis. Davis was convicted of a minor drug charge, incarcerated, released, and has since rehabilitated himself to become a model citizen. Davis’ story is one of redemption. It’s a story that we must make more commonplace through common-sense criminal justice reforms. I’m glad to see President Biden grant this clemency for Gary and I hope that this will bring peace of mind and closure for him and his family.”

After serving jail time, Mr Davis had a landscaping business and oversaw construction. He was involved with groups that helped the local area, holding leadership positions in the regional high school’s booster club and rotary club member.

Davis was one of six individuals the president pardoned Dec. 30. Five out of the six recipients were pardoned for offenses related to alcohol or illicit substances. One person, 80 year-old Ohio resident Beverly Ann Ibn-Tamas, was pardoned for a second degree murder offense she committed 47 years ago. She shot and killed her husband after he had physically attacked her while she was pregnant. Ibn-Tamas was sentenced to one to five years of prison with credit for time served in what became a hallmark case for battered woman syndrome.

The pardons Friday come amid a series of clemencies and pardons for drug-related offenses Biden has made this year. In October, Biden pardoned over 6,500 people for simple possession of marijuana. In April, he commuted the sentences for 75 individuals who had pleaded or been found guilty of drug charges without violence. He also pardoned three additional people, two of whom were convicted of crimes involving illegal substances.