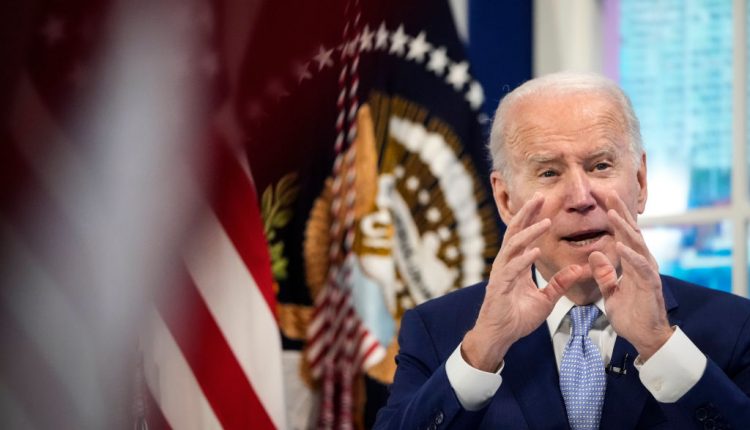 Biden to wipe out $10,000 in student loan debt for many borrowers

WASHINGTON — President Joe Biden announced Wednesday that he will cancel up to $20,000 in federal student loan debt for Pell Grant borrowers and up to $10,000 for all other borrowers with an income of less than $125,000 for an individual and $250,000 for a household.

Despite numerous reports in recent weeks that Biden would take action on student loans, the White House had remained silent, but on Wednesday the president tweeted out his decision, prior to remarks scheduled for Wednesday afternoon.

“In keeping with my campaign promise, my Administration is announcing a plan to give working and middle class families breathing room as they prepare to resume federal student loan payments in January 2023,” Biden wrote on Twitter.

Following the announcement, the Department of Education said it will release an application in the weeks ahead that will allow millions of borrowers to claim this new relief.

“[S]tudent loan debt has hindered their ability to achieve their dreams — including buying a home, starting a business, or providing for their family,” U.S. Secretary of Education Miguel Cardona said in a statement. “Getting an education should set us free; not strap us down!”

The cancellation of student debt will only apply to current borrowers, not future ones, and income levels for the 2020 and 2021 tax years will be considered, a senior administration official said during a Wednesday call with reporters.

The Department of Education estimates that about 8 million borrowers will automatically receive relief because the agency already has those borrowers’ income information on file. That means those borrowers do not have to submit applications.

Borrowers who received Pell Grants, who will benefit from the most relief, are among the students who had the lowest household incomes while in college. They will also be subject to the $125,000 and $250,000 income caps.

The Biden administration is also directing the Department of Education to propose a rule to help current and future borrowers with their loan repayments.

The rule would eliminate monthly interest  payments on loans, “so that unlike other existing income-driven repayment plans, no borrower’s loan balance will grow as long as they make their monthly payments — even when that monthly payment is $0 because their income is low,” according to the department website.

The proposed rule would also forgive loan balances “after 10 years of payments, instead of 20 years, for borrowers with loan balances of $12,000 or less.” It would also require “borrowers to pay no more than 5% of their discretionary income monthly on undergraduate loans.”

“Middle class borrowers struggle with high monthly payments and ballooning balances that make it harder for them to build wealth,” a senior administration official said.

While many Democrats and progressive advocates were pleased with the announcement, it falls short of the student debt relief campaign platform that Biden ran on.

In a Medium post during the 2020 presidential election, Biden said under his administration he would “forgive all undergraduate tuition-related federal student debt from two- and four-year public colleges and universities for debt-holders earning up to $125,000, with appropriate phase-outs to avoid a cliff.”

He also promised he would “immediately cancel a minimum of $10,000 of student debt per person,” but this recent student debt announcement comes two years into his administration and only after continual pressure from congressional Democrats and advocates.

Some congressional Democrats have urged the White House to cancel up to $50,000 worth of student loans, arguing that because about 92%  of that debt is held by the Department of Education, the administration has the authority to cancel those loans through executive action.

A Penn Wharton budget model released Tuesday found that a one-time loan forgiveness of $10,000 would mostly benefit borrowers in the four lowest quintiles of incomes, ranging in incomes from $28,784 to $82,400.

Earlier this month, more than 100 Senate and House Democrats urged the Biden administration to extend the pause on repayment of student loans beyond the Aug. 31 deadline. The lawmakers argued that due to inflation and the ongoing coronavirus pandemic, student loan borrowers should get an extension on pausing their loan payments. They did not give another deadline for repayments to begin in their letter to the president.

Democrats did welcome the President’s announcement.

“By delivering historic targeted student debt relief to millions of borrowers, more working families will be able to meet their kitchen table needs as they continue to recover from the challenges of the pandemic,” House Speaker Nancy Pelosi said in a statement. “Importantly, this action will help those most in need, easing a financial burden disproportionately harming women and people of color.”

She has previously said that the president does not have the authority to cancel student loans and that the process needs to be done through Congress. She did not mention her previous comments in the statement.

Biden also had said earlier, while in the White House, that he would only cancel up to $10,000 in student loan debt, and only if Congress passes legislation to do so. Administration officials did not address the shift in policy.

While the Democrat-controlled House likely could pass legislation canceling some portion of student loan debt, the evenly divided Senate would need all 50 Democrats on board along with an additional 10 Republicans to get a bill to the president’s desk.

House Education and Labor Committee Chairman Bobby Scott, a Virginia Democrat, said that while the student loan cancellation will provide relief for borrowers, it doesn’t solve the “underlying problems that caused the student debt crisis in the first place,” such as high tuition costs.

“At a time of skyrocketing inflation, declining wages, and a national recession, Washington has again turned its back on hardworking Americans in Iowa and across this country,” Iowa Gov. Kim Reynolds, a Republican, said in a statement. “President Biden isn’t canceling student debt, he’s shifting the costs to the taxpayer and to those who worked to pay off their loans in full.”

Senate Minority Leader Mitch McConnell, a Kentucky Republican, said in a statement the move was a “slap in the face to every family who sacrificed to save for college, every graduate who paid their debt, and every American who chose a certain career path or volunteered to serve in our Armed Forces in order to avoid taking on debt.”

Overall in Kentucky, there are about 600,000 student loan borrowers who have an average balance for federal and private student loans of $30,794.

In March 2020, President Donald Trump issued an emergency pause on student loan repayments, which has now been extended several times by both administrations. The pandemic is still ongoing, and the U.S. has surpassed 1 million COVID-19 deaths.