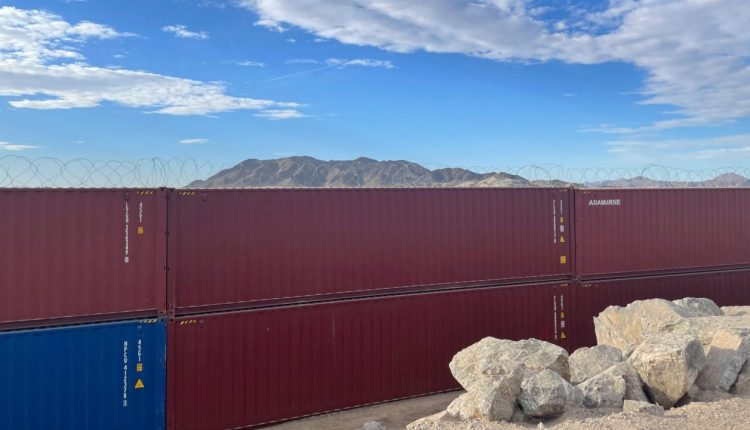 YUMA, Ariz. – The shipping containers used to fill the border wall’s gaps in Arizona have forced migrants to enter the US through legitimate ports of entry, which has eased the strain on an overwhelmed Border Patrol, a border town official told Fox News.

“We had thousands of people coming through this area on a daily basis,” a Yuma county supervisor, Jonathan Lines, told Fox News. “They would be in a residential neighborhood within less than a mile of crossing in this area.”

“Because of the governor’s action we don’t have that anymore,” Lines said. “Not very many people are excited about trying to scale the containers, especially with the barbed wire over the top of it.”

gov. Doug Ducey plugged gaps in the border wall with shipping containers over the summer and argued that the move was necessary because of the White House’s inaction on immigration. The Biden administration accused Ducey of trespassing and ordered the Arizona Republican to remove the containers. The governor filed a lawsuit in response.

The container wall has allowed Border Patrol to focus its manpower elsewhere and has given the agents an “operational advantage,” Lines told Fox News.

SEE WHAT ARIZONANS HAVE TO SAY ABOUT THE BARRIERS ALONG THE BORDER:

“Had the administration done its job, then Gov. Ducey would not have had to have acted with the legislature using state resources instead of the federally funded wall that we had already paid for,” Lines said.

“I don’t want to speak for Gov. Ducey, but he is committed to keeping those containers in place until the federal government steps up and does its job,” Lines said.

Katie Hobbs, the state’s Democratic gubernatorial nominee, said she would remove the containers if she wins her election. Hobbs leads her Republican opponent, Kari Lake, 50.5%-49.5% with 93% reporting in the undecided race, according to the Fox News Decision desk.

To hear more from Jonathan Lines on the effectiveness of the shipping containers filling the wall, click here.