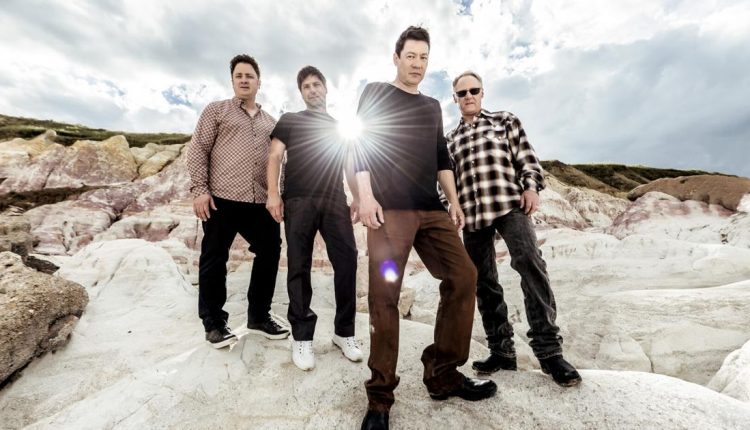 On Friday November 18 at 8 pm, Big Head Todd and the Monsters will be taking the Orpheum stage and bringing the music of the ’80s and ’90s back to Flagstaff.

The Orpheum has also planned this event to run as a benefit concert. Susan Walter, the general manager of The Orpheum, said the venue — in coordination with Big Head Todd and the Monsters — will be donating a portion of the ticket proceeds to Poore Medical Clinic, a local medical and dental clinic that provides services free of charge . Poore Medical Clinic aims to maintain a community-based, community-supported free clinic that provides services to low-income or uninsured Coconino County residents.

Over the past 10 years, the clinic has held an annual fundraising event at the Orpheum known as “Beans and Rice,” Walter said. This year, the clinic and venue collaborated and decided things would be a little different. Rock band Big Head Todd and the Monsters will be headlining the benefit concert, marking the clinic’s 11th anniversary.

“We [the Orpheum and the clinic] looked at our calendar and both agreed that the band, Big Head Todd and the Monsters, would be a great fit to connect Poore Medical Clinic’s current audience while reaching a whole new demographic found in the band’s fan base,” Walter said.

Guitarist and vocalist Todd Mohr said he and the other band members are extremely excited to be playing concerts in public again. COVID-19 took a toll not only on venues, but on artists as well, Mohr explained.

“We’re able to work again and people are able to come out to see the concerts,” Mohr said. “It’s a really warm environment for music right now, so we’re really enjoying it.”

Mohr said the band has been slowly introducing songs off of their upcoming album over the past year and hope to continue to bring fans new material at every show. That being said, the band also does not intend to stop playing live concerts any time soon, Mohr explained.

“Our plan is just to keep playing shows,” Mohr said. “We never really stop playing. We don’t really go on a tour that begins and ends. We’re pretty much always touring either in the winter or the summer.”

To any fans coming out to the show who have been listening to Big Head Todd and the Monsters since they first started making music in 1986, Mohr said he and the other band members express their most sincere gratitude.

“It’s been a really great experience for us because we’ve just been basically playing live shows for our whole career,” Mohr said. “There haven’t been a lot of radio hits or MTV hits. We’re not really stars in any other way except for how our fans are.”

Those interested in supporting Poore Medical Clinic or simply looking forward to an evening with Big Head Todd and the Monsters can purchase their tickets on the Orpheum’s website. The venue has also activated a donation mechanism within the website where attendees can opt to contribute additional donations, Walter said. These additional monetary donations will go directly to Poore Medical Clinic, alongside the ticket proceeds.