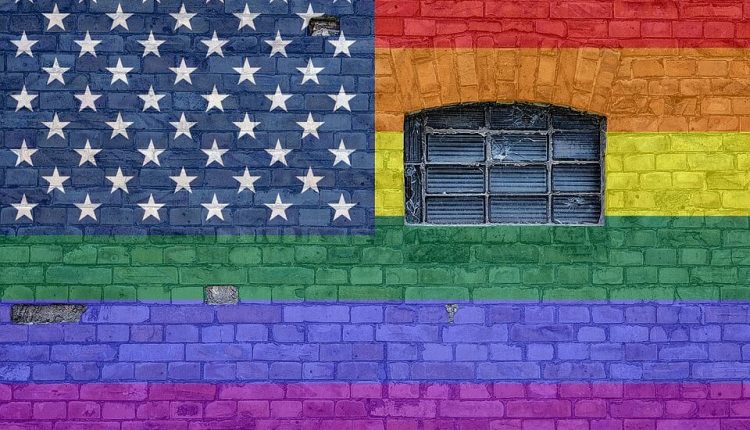 WASHINGTON —  The U.S. Senate cleared a key hurdle to passing a marriage equality bill Wednesday, garnering even more than the 60 senators from both political parties needed to move past a legislative filibuster.

The bill, which could win final passage in the Senate as soon as this week, would ensure same-sex and interracial couples continue having their marriages recognized regardless of future Supreme Court rulings. The U.S. House passed the measure earlier this year, but will need to vote once more after the Senate changed the bill to include a so-called religious liberty amendment.

Wisconsin Democratic Sen. Tammy Baldwin said during floor debate that millions of Americans are concerned the Supreme Court could overturn the cases that guaranteed the right to same-sex or interracial marriages, similarly to how it ended the constitutional right to abortion this summer.

“Let’s face it, regardless of your position on the issue of abortion, the highest court of the land has just overturned a precedent of nearly 50 years. There’s no questioning that,” Baldwin said. “And the same legal arguments the Supreme Court rested on to reverse Roe v. Wade could just as easily be applied to reverse numerous other cases related to families, related to intimate relations, to contraception and marriage.”

Baldwin said some of her colleagues have questioned why Congress needs to pass the marriage equality bill, known as the Respect for Marriage Act, now, given that “there’s no case currently making its way up to the United States Supreme Court challenging these rights.”

“Others have suggested that proponents of the Respect for Marriage Act are raising attention just to drive further divisions among Americans,” Baldwin said, rejecting the notion.

“I believe there is an urgency to pass the Respect for Marriage Act in order to heal such divisions and provide certainty to married interracial and same-sex couples that the protections, rights and responsibilities that flow from their marriages will endure,” Baldwin added.

Maine’s Collins said the bill “would help promote equality, prevent discrimination and protect the rights of Americans in same-sex and interracial marriages.”

The measure, Collins said, would maintain and strengthen “important religious liberty and conscious protections” as well.

“Let us remember that we are talking about our family members, our friends, our co-workers, our neighbors,” Collins said. “I’m proud to have stood with them and I will continue to stand with them in efforts to protect and secure their rights, while at the same time steadfastly protecting and respecting religious liberty.”

Ernst said following the vote that it took her “a lot of time” and a lot of conversations before deciding how she’d vote.

“Iowa was the fourth state where same-sex marriage was allowed, and so we’re maintaining the status quo,” Ernst said.

The Biden administration publicly backed the bill Wednesday as the vote was ongoing, releasing a statement of administration policy, saying “the right to marriage confers vital legal protections, dignity, and full participation in our society.”

“No person should face discrimination because of who they are or whom they love, and every married couple in the United States deserves the security of knowing that their marriage will be defended and respected,” it said.

An issue after abortion rights ruling

The marriage equality legislation was set in motion this summer following the U.S. Supreme Court’s decision to overturn Roe v. Wade, ending the constitutional right to an abortion.

Marriage equality supporters, as well as several others, were concerned with a section of Associate Justice Clarence Thomas’ concurring opinion, where he wrote the justices “should reconsider all of this Court’s substantive due process precedents” that included similar legal reasoning as the abortion cases.

Thomas specifically listed Griswold v. Connecticut, a case that said married couples had the constitutional right to decide if and how to use birth control; Obergefell v. Hodges, the 2015 case that legalized same-sex marriage; and Lawrence v. Texas, which overturned state anti-sodomy laws.

The U.S. House voted 267-157 in July to send the legislation to the U.S. Senate, where it stalled out as backers worked on the religious liberty amendment and towards securing at least 10 Republicans to support the bill.

That support came Wednesday when 62 senators voted for what’s technically known as the motion to invoke cloture on the motion to proceed. It can also be called the legislative filibuster.

The bill would repeal the Defense of Marriage Act, a 1996 federal law that defines marriage as between one man and one woman. That law has been invalid for more than seven years, but is still on the books.

The measure would ensure that if the U.S. Supreme Court overturns its prior same-sex marriage rulings, or the 1967 Loving v. Virginia decision that legalized interracial marriages, states and the federal government would need to recognize those marriages.

If that were to happen, state governments could make the unions illegal within their borders, requiring same-sex or interracial couples to travel to a state where it is legal in order to wed.

Those home states would, however, need to recognize the marriages under this bill as would the federal government.

The addition, which is now part of the bill without getting a separate amendment vote, would protect “all religious liberty and conscience protections available under the Constitution or Federal law,” according to a summary of the changes.

The legislation says religious organizations, certain religious nonprofits and their employees “shall not be required to provide services, accommodations, advantages, facilities, goods, or privileges for the solemnization or celebration of a marriage.”

The new language would ensure no changes to tax-exempt status since “a church, university, or other nonprofit’s eligibility for tax-exempt status is unrelated to marriage, so its status would not be affected by this legislation,” according to a summary.

Human Rights Campaign Interim President Joni Madison said in a statement released Monday that the bipartisan bill means “the U.S. Senate has the opportunity to right a historic wrong, creating an inclusive law that reflects the will of the vast majority of Americans — 71% of whom support marriage equality — and eases the minds of those who may worry what the impact of the Dobbs decision could mean for their marriages.”

Ariana Figueroa contributed to this report.