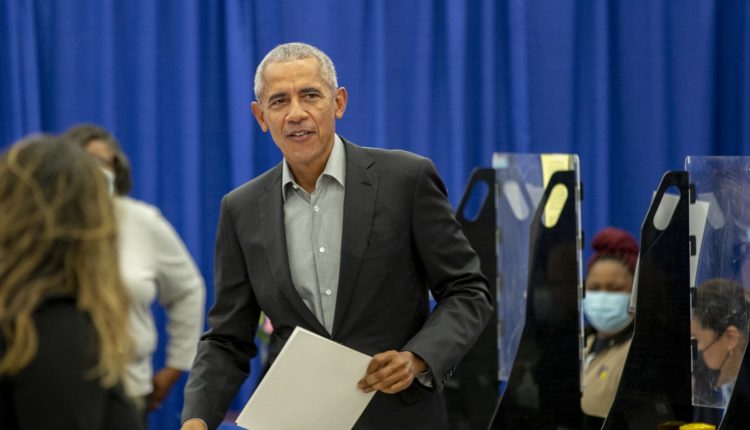 The Phoenix Suns’ next ownership group may be presidential.

Bill Simmons of The Ringer said former President Barack Obama is involved in one of the groups considering a bid to buy the Suns from Robert Sarver.

“I heard Obama’s involved in one of the groups,” Simmons told Charles Barkley on The Bill Simmons Podcast (11:40 mark). “That’s the one guy I feel like, they would make him the actual face, and the money guys would be so happy to have him at the front that they would just be like, ‘Cool.”

No further information was included on who would be included in any group with Obama, who would only be a fractional owner in what’s expected to be the largest sale in NBA history.

NBA insider Marc Stein reports those in league circles expect the Suns to sell for $4 billion or perhaps even more by the time bidding is done. Joe Tsai’s $2.4 billion purchase of the Brooklyn Nets in 2019 currently holds the all-time NBA mark for sale price.

Sarver, the disgraced and currently suspended owner of the Suns, announced plans to sell the franchise last month amid the fallout from an investigation into widespread workplace misconduct over his tenure. An independent investigation found Sarver used racial slurs, bullied employees, engaged in inequitable treatment of female employees and ran a hostile work environment over a 17-year span.

Sarver cast blame on an “unforgiving” social climate as the reason he was choosing to move on. Several sponsors threatened to pull support from the Suns if Sarver remained with the franchise beyond his suspension, and ESPN’s Ramona Shelburne reported NBA commissioner and several other owners pressured Sarver into agreeing to sell the team.

Should Obama join a new Suns ownership group, he would not be the first US president to have a stake in a pro sports franchise. George W. Bush was previously a part-owner of the Texas Rangers from 1989 to 1998.