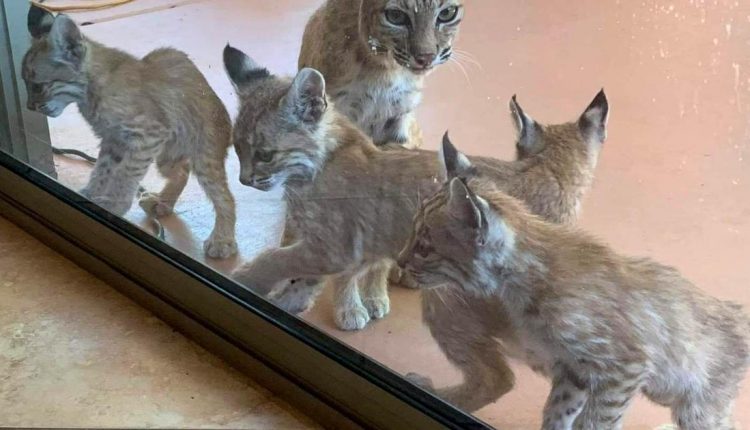 
A bobcat family hangs out in the back yard of a house in Vail in July 2021. Researchers in Tucson are studying bobcats on the city’s western edge in hopes of learning more about how the animals behave in urban settings. 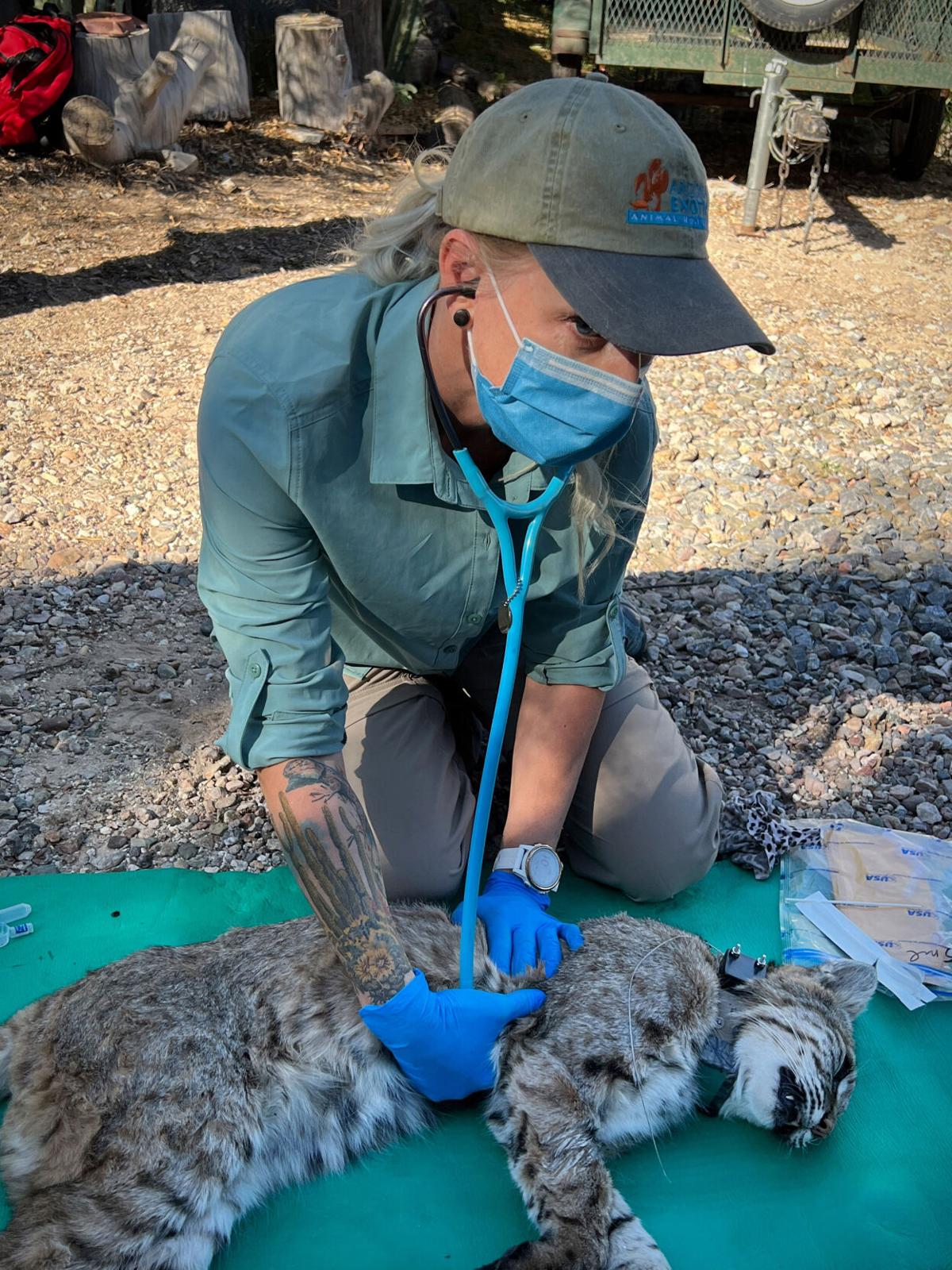 Dr. Ericka Johnson, a veterinarian at Arizona Exotic Animal Hospital in Tucson, monitors a sedated bobcat that has just been fitted with a tracking collar as part of a study in the Tucson Mountains. Nicknamed Val, the tomcat was captured and released in the courtyard of a house near Sentinel Peak Road on November 13, and continues to roam on and around Tumamoc Hill. 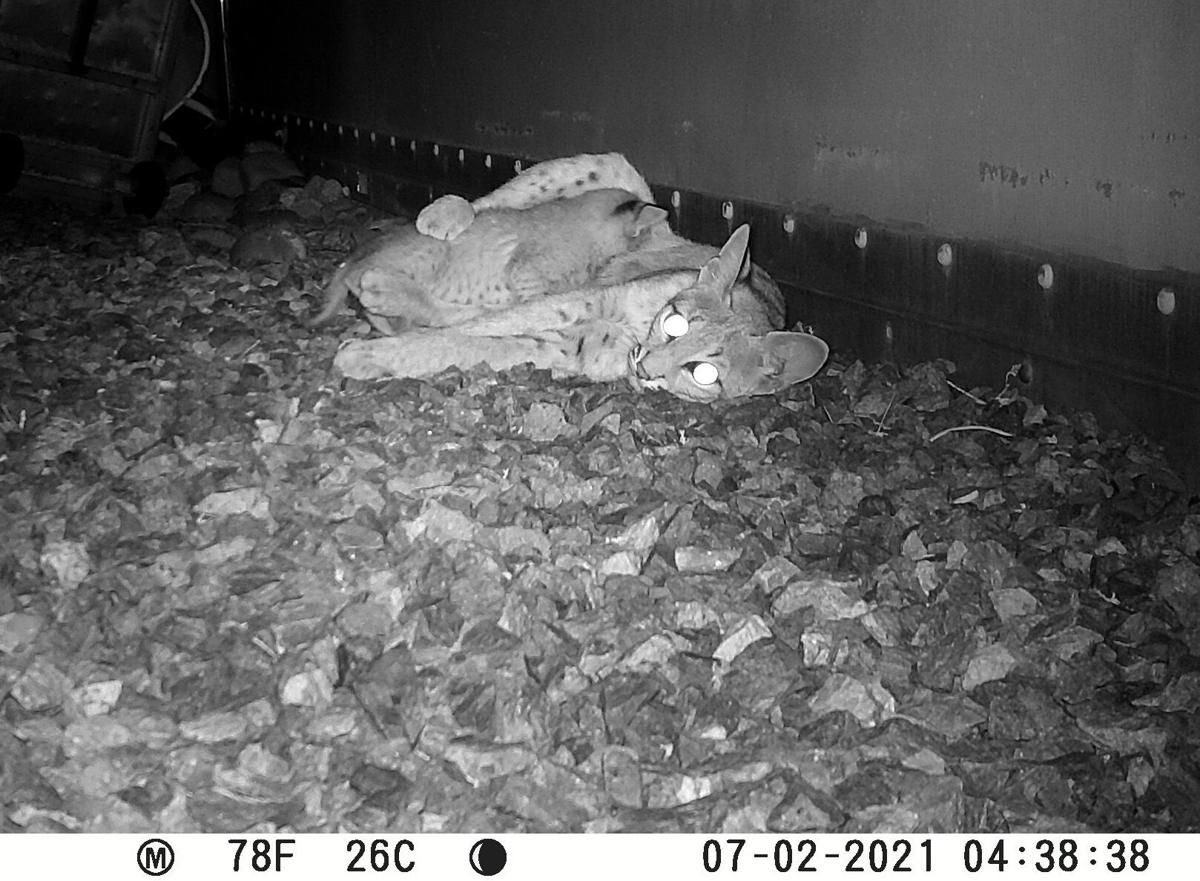 Bobcat mom nurses her kitten in a backyard in Tucson, as seen in a photo captured with a wildlife camera on July 2, 2021. 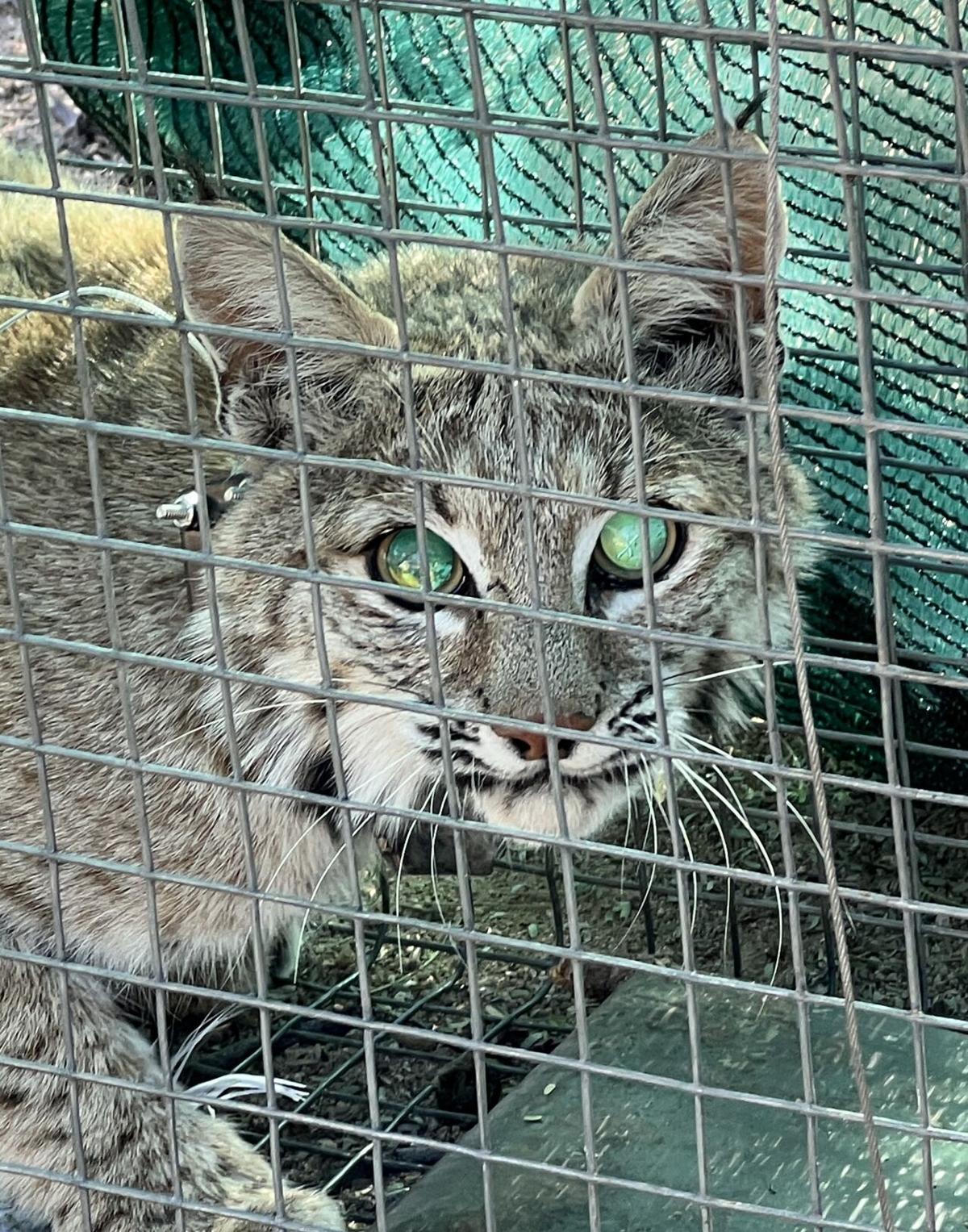 A bobcat, nicknamed Elsie, is recovering from cage sedation after being fitted with a tracking collar as part of a research study in the Tucson Mountains in November. Elsie is one of two collared bobcats who live on and around Tumamoc Hill. 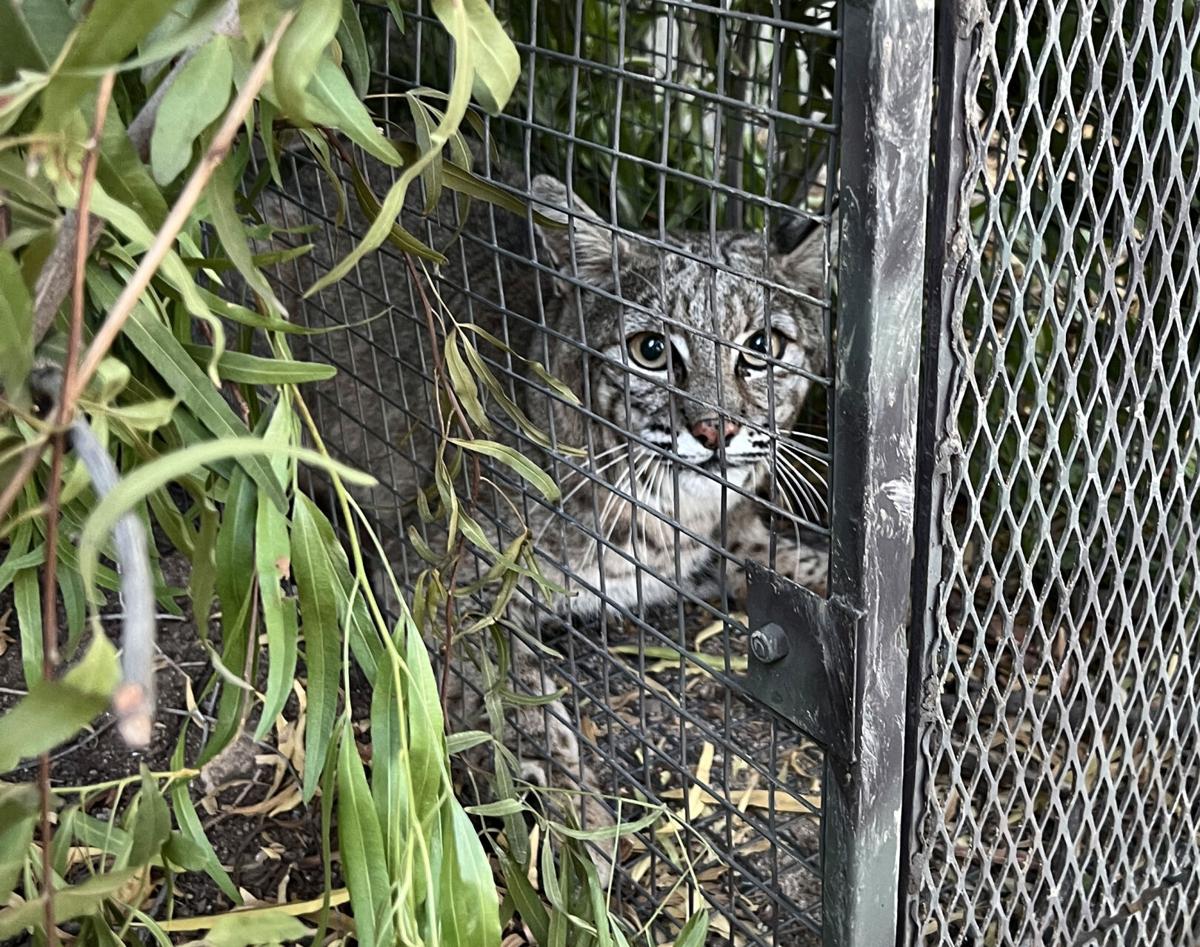 A male bobcat sits in a trap in a yard near A Mountain after being caught in a study on Nov. 13. Nicknamed Val, the cat was fitted with a tracking collar and released. 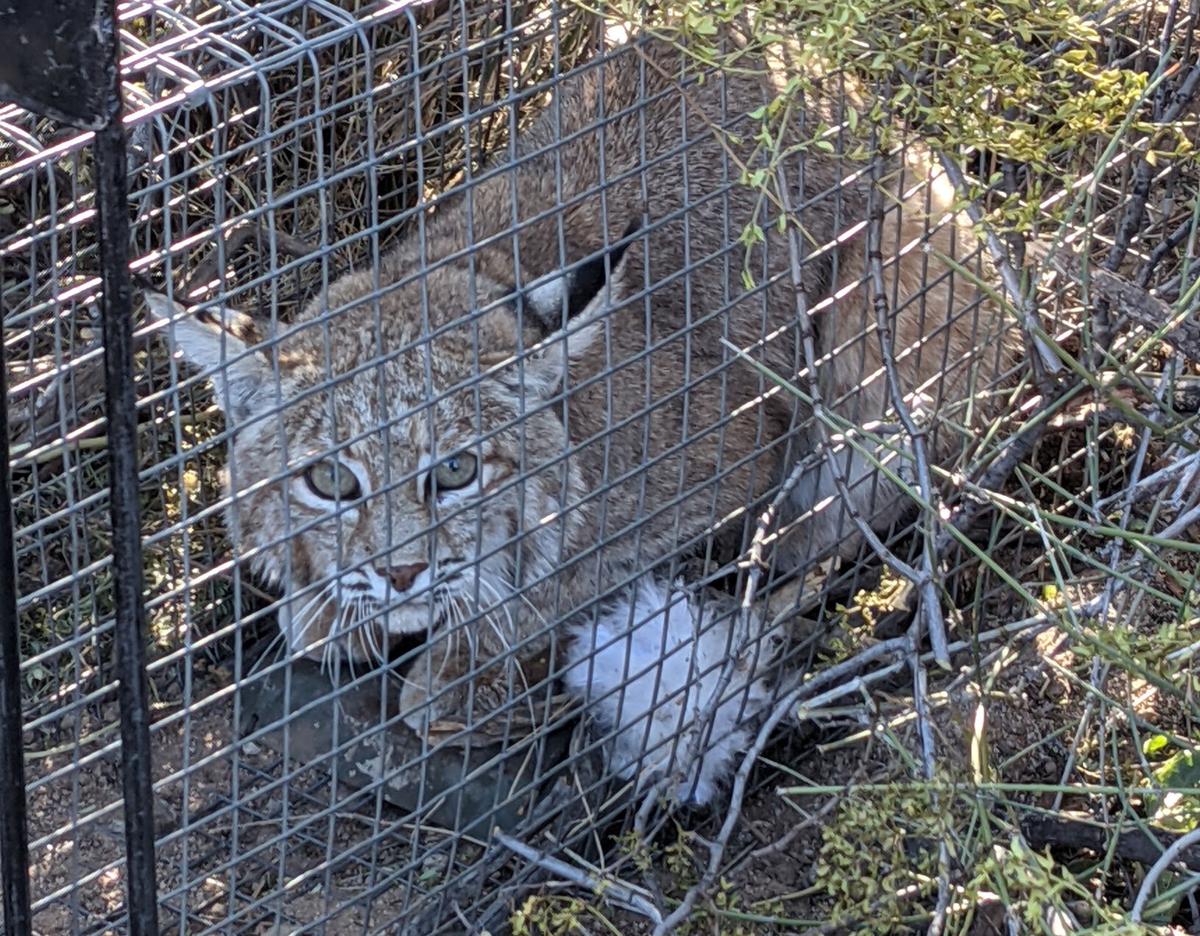 A female bobcat, nicknamed Margaret, is trapped after she was captured in a study in the Tucson Mountains on Nov. 30. Tracking data shows Margaret spends most of her time in the area between Tumamoc Hill and Santa Cruz River Park.

Tumamoc Hill is one of Tucson’s most popular outdoor travel destinations, and not just for people.

Researchers are tracking three bobcats that regularly cross the hill, including a surprising pair of females who appear to be peacefully sharing the same home area.

The study team has currently equipped 11 of the normally solitary animals on the east side of the Tucson Mountains with tracking devices and plans to capture and apprehend eight more bobcats in the coming weeks.

Since the first cat was collared in November 2020, researchers have tracked 18 different individuals in more than 8,000 locations from 36th Street north to El Camino Del Cerro and the Santa Cruz River to the east, just across Interstate 10 from downtown . This includes at least four cats who are regularly followed on Tumamoc Hill, Sentinel Peak, and the surrounding neighborhood.

“They’re moving all the time,” said Kerry Baldwin, a retired biologist with the Arizona Game and Fish Department who is now the project coordinator for the study. “You are really always on the move.”

According to the data collected so far, male bobcats in the Tucson Mountains tend to have larger home areas that overlap with other cats, while females tend to have smaller, clearer territories.

The Phoenix industrial market set another record in 2021