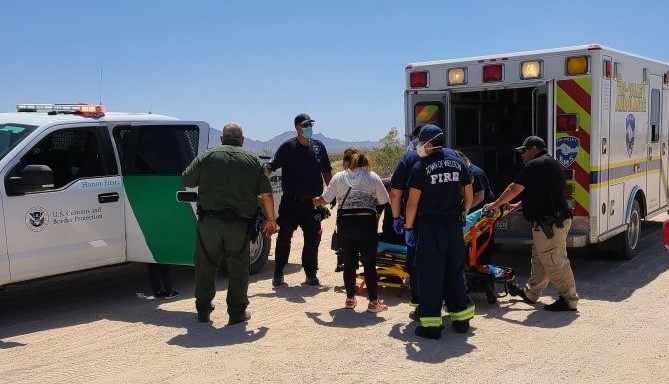 YUMA (KVOA) – An 11-year-old boy is recovering in hospital after suffering from a heat-related illness in the desert 35 miles southeast of Yuma.

According to U.S. Customs and Border Protection, agents found five migrants near the Tinajas Altas Mountains on Tuesday morning after illegally crossing the border.

According to the CBP, the group consisted of two women and their children, ages three, six and eleven.

The 11-year-old lost consciousness and was taken to the hospital for treatment.

According to CBP, agents responded to 21 calls from migrants to 911 this month for help.