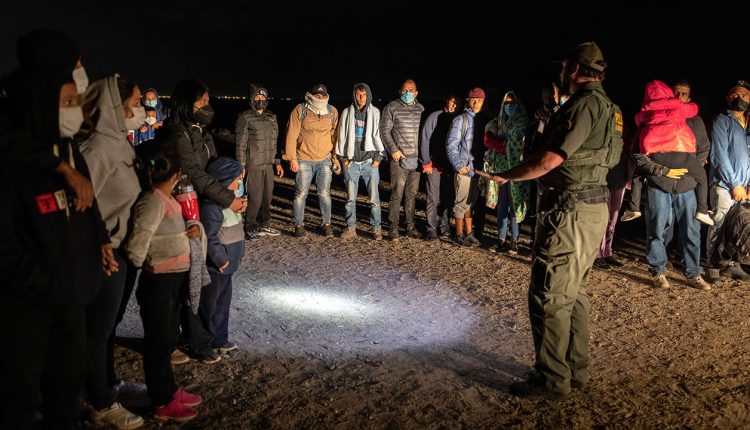 Border Patrol agents in a single border sector apprehended more than 100 illegal immigrants who are also convicted felons in a single week, as well as migrants from more than 40 different countries — a snapshot of a raging and dangerous crisis at the southern border.

Border Patrol in Yuma Sector, Arizona, encountered more than 5,600 migrants between July 17 and July 23 from 46 different counties, according to stats put out by Chief Patrol Agent Chris Clem.

He said that 104 migrants approved were convicted felons, while 57 migrants were prosecuted for illegal entry, re-entry and smuggling. Agents also stopped nine smuggling cases and encountered more than 120 unaccompanied minors.

There have been more than 200,000 migrant apprehensions each month for the last four months, a historic high. In June, there were 207,000 migrant encounters at the border, compared to just over 189,000 in June last year. Of those encounters, 79,652 migrants were released into the US

But those are just the migrants that have been encountered by Border Patrol agents, and not including those that have managed to sneak past overwhelmed agents.

Fox News reported this week that there have now been more than half a million known “gotaways” at the border since fiscal year 2022 began on Oct. 1 — on average of 55,000 a month.

TEXAS BORDER OFFICIAL SAYS MAYORKAS IS WRONG, ‘BORDER IS NOT SECURE’ AS FENTANYL, CRIMINALS POUR ACROSS

A US Border Patrol agent speaks with immigrants before transporting some of them to a processing center on Dec. 9, 2021, in Yuma, Arizona.
(Photo by John Moore/Getty Images)

Per multiple Homeland Security sources, the US is now at approximately 900,000​ known gotaways since the beginning of fiscal year 2021, which is equivalent to a population larger than the city of San Francisco getting across the border.

That number, too, is only the number of “known gotaways” — ie that have been picked up on cameras, sensors, etc., but are never caught — and does not include those who were not sighted at all by Border Patrol.

“Look, the border is secure,” he said at the Aspen Security Forum last week. “We are working to make the border more secure. That has been a historic challenge.”

The Biden administration has been focused on targeting “root causes” like climate change and poverty in Central America, which it says are driving the migrant crisis. Republicans have instead pointed to Biden administration policies — such as narrowed interior enforcement and “catch-and-release” policies — which they say are encouraging migrants to make the journey north.

Adam Shaw is a politics reporter for Fox News Digital, with a focus on immigration. He can be reached at [email protected] or on Twitter: @AdamShawNY