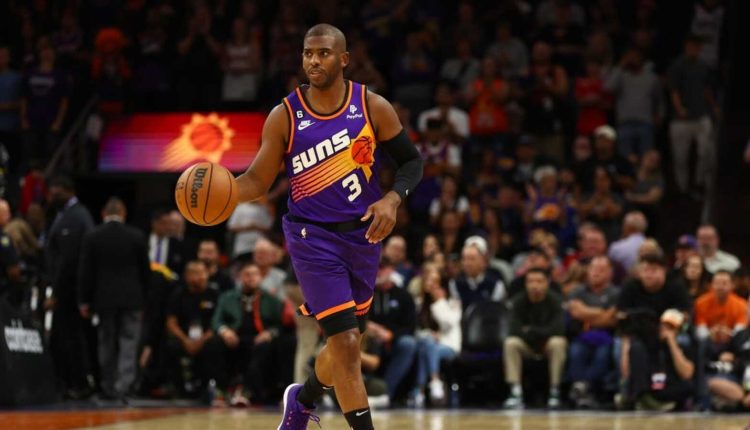 The Boston Celtics are not sure if they will have to deal with All-Star point guard Chris Paul when they visit the Phoenix Suns on Wednesday night in a battle of NBA heavyweights.

Paul has missed the last 14 games since he injured his heel during a game at Philadelphia on Nov. 7. Earlier this week, Phoenix coach Monty Williams said Paul was close to returning, but he did not play in a 130-111 loss to the Dallas Mavericks on Monday night.

“He’s in a place where he’s starting to move towards coming back,” Williams said. “You can see the focus again. You can see he trusts his body and his foot again. When the pain and all that stuff subsides, then you can see like a different mentality.

“Tough thing about having any injury, when you’re not sure, it’s one more thing that divides your thinking. When you don’t have to worry about it, then you can just go full bore and I’m starting to see that with him a little bit.”

Phoenix will be facing a Celtics team that has won seven of its last eight games. Boston’s latest victory was Monday’s 116-110 win at Toronto.

It was Tatum’s team-high 12th double-double of the season, and the 15th consecutive game Brown has scored at least 20 points.

“When we put our minds to it, we can beat anybody,” Tatum said. “It’s a choice that we got to make it. We could’ve made excuses. We had two guys out, four guys actually. The second night of a back-to-back. We could’ve chalked this one up. But we wanted to figure it out.

“We have a bigger goal in mind. It’s one game at a time, but these are the steps you have to take to get there.”

“He’s been great for our team on and off the court,” Celtics interim coach Joe Mazzulla said when asked about Griffin. “Plays hard, super aggressive — and a great teammate. So I thanked him for his professionalism and his work ethic to stay ready. It’s a long year, and we’re going to need more of that this season for sure.”

The Suns were limited to 15 points in the first quarter of Monday’s loss to Dallas. It was their lowest point totally in any quarter this season.

Phoenix guard Devin Booker was held to 11 points on 4-of-13 shooting against Dallas. He averaged 39 points per contest in the four games leading up to that loss, and is averaging 28.4 this season.