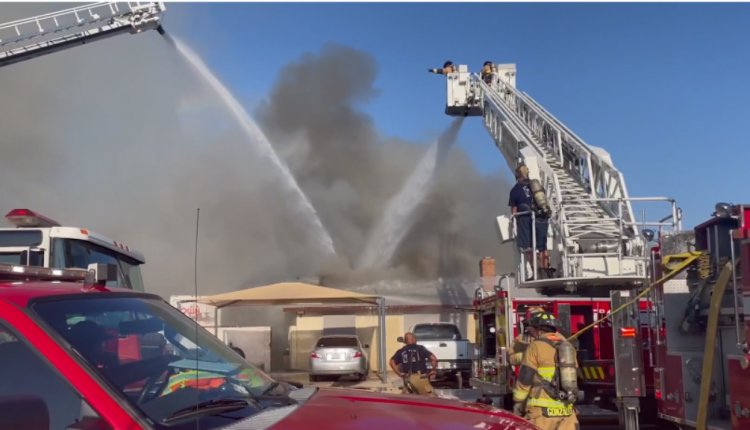 The fire broke out on 6th Avenue near 14th Street at around 4 p.m. The homeowner told News 11’s Cody Lee that a power line started the fire. He claims the line started sparking and those sparks set his house on fire. The fire brigade has not yet confirmed the cause.

Crews from Imperial County assist Yuma firefighters in their fight to put out the flames. Six locomotives, including two carts, were still on site at around 6 p.m.

The homeowner escaped the fire safely. So far there have been no reports of injuries.

This is a developing story. Stay tuned to KYMA.com, News 11 and 13 On Your Side for more details as they become available.