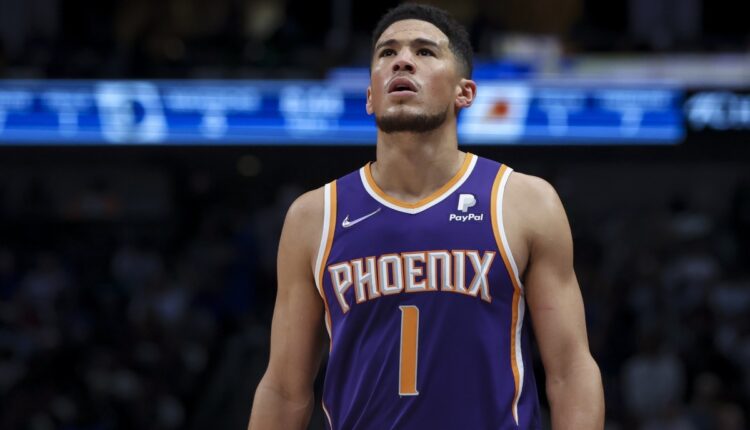 Phoenix Suns All-Star shooting guard Devin Booker has been off to a sensational start to the 2022-23 NBA season.

However, the former Kentucky star has missed four out of the last five games (and he only played four minutes on Christmas before exiting with an injury).

On Wednesday, the team announced unfortunate news that he has been diagnosed with a groin strain.

Suns: “INJURY UPDATE: Further evaluation has confirmed that Devin Booker has sustained a left groin strain. He will be re-evaluated in four weeks.”

In the most recent (full) game that he played, he put up 58 points, six rebounds and five assists against the New Orleans Pelicans (the Suns won 118-104).

Right now, Booker is arguably the best shooting guard in the NBA, so the injury is tough news for the Suns.

They come into Wednesday evening with a 20-15 record in 35 games, which has them as the fifth seed in the Western Conference.

In 2021, they made the NBA Finals, and last season they had the best record in the league during the regular season (64-18).

Booker is in his eighth season in the NBA, and has career averages of 23.7 points, 4.0 rebounds and 4.7 assists per contest in 506 regular season games.

Their next game will be on Wednesday night when they face off with Kyle Kuzma and the Washington Wizards in Washington, DC