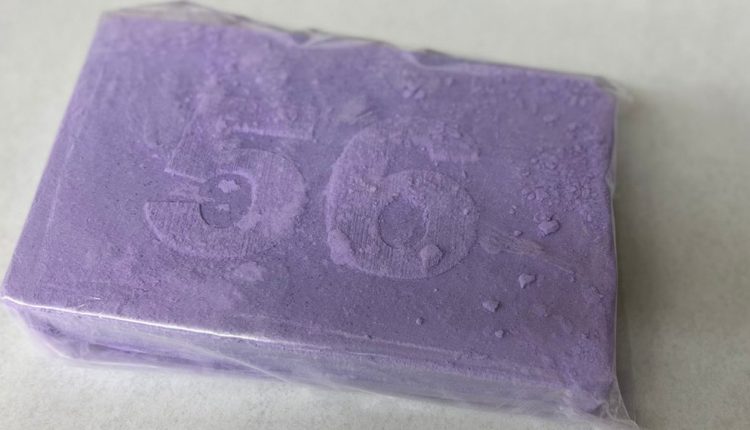 PHOENIX – the Phoenix Police Department says a purple brick of fentanyl was found during a traffic stop, among other items.

in a tweet by the department, they say 1kg of fentanyl powder was found, equaling about 2.2 pounds. 2,000 fentanyl pills, $13,000 and four guns were also seized.

These seizures are just one of many in the Phoenix area as authorities say the US Mexico border is the top spot for drug trafficking.

$4.3M in fentanyl pills seized at I-8 traffic stop near Gila Bend

Agents found 340 packages filled with 187 pounds of fentanyl pills on I-8. The drugs have an estimated value of $4.3 million.

Police pulled Brooks Corbin over near Arizona Avenue and Riggs Road on Aug. 8 after they noticed that the car had a fake license plate.