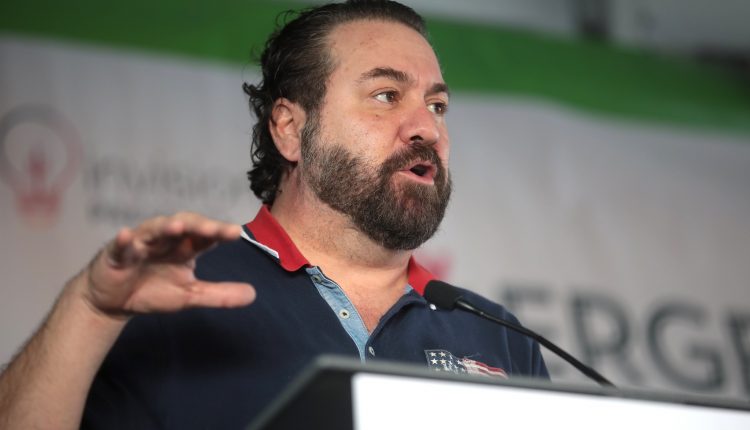 True believers in the baseless conspiracy theory that the 2020 election was stolen from Donald Trump were left disappointed by Arizona Attorney General Mark Brnovich on Wednesday after he released an “interim report” that made clear his investigators are conducting a civil — and not a criminal — probe, and that they had uncovered little more than record-keeping issues.

Brnovich, a Republican who is running for U.S. Senate, opened the investigation six months ago, following the conclusion of a partisan review of Maricopa County’s election conducted by the state Senate. On Wednesday, he sent a letter to Senate President Karen Fann outlining what his office’s Election Integrity Unit had uncovered so far.

While Brnovich said his investigators believe they discovered “serious vulnerabilities,” the letter conspicuously does not mention any widespread voter fraud that could have altered the outcome of the 2020 election — a claim that has been the focus of President Donald Trump and many Republicans in Arizona.

And although Brnovich alluded to criminal “instances of election fraud” that are being prosecuted — like the Republican woman in Scottsdale who cast a ballot for her dead mother — he noted several times that his office had struggled at times in its investigation because it does not have subpoena power in civil cases like the one being explored against county elections officials.

That didn’t sit well with state Sen. Wendy Rogers, a Flagstaff Republican and ardent Trump supporter who has repeatedly called for the 2020 election to be overturned.

“Our nation burns and people write damn letters that don’t do a damn thing! Fix it now!” Rogers said in a flurry of posts on the encrypted messaging app Telegram. “There is something else we can use to deter crime but I would get censured again if I said it.”

Jim Lamon, a wealthy businessman who was a fake Trump elector and helped fund the Senate’s so-called “audit,” also lashed out at Brnovich.

“(Bronvich’s) Election Integrity report is a ‘Nothing Burger’ despite having the Maricopa (County) audit findings on his desk for 6 mos,” Lamon, who is also running for U.S. Senate, wrote on Twitter.

Brnovich has been the target of Trump’s ire since shortly after the 2020 election, when the AG told Fox Business that there was no fraud in the Arizona election. When Brnovich entered the field for U.S. Senate, Trump took aim at Brnovich, calling him “lackluster” for failing to declare the election “stolen.”

“Arizona was a big part and Brnovich must put himself in gear, or no Arizona Republican will vote for him in the upcoming elections. They will never forget, and neither will the great Patriots of our Nation!” Trump said at the time.

Trump has continued his pressure on Brnovich, chastising him in written statements and asking him to “do something.”

What is the AG claiming?

The interim report details little about how the investigation is going other than that Brnovich’s office is still possibly pursuing cases.

“This Interim Report comes at the six-month mark after the Senate sent its reports to the Attorney General,” the report says. “Investigations (civil and criminal) of this magnitude and complexity take many months if not years to complete.”

In one section, Brnovich said he believes the county was not properly vetting voter signatures on early ballot affidavits, but detailed no evidence that the county failed to follow the law. Instead, he noted that on the day after the 2020 election, county workers spent an average of “only 4.6 seconds per signature.” It’s unclear how he reached that conclusion, or whether it is even a problem.

County officials accused Brnovich of selectively ignoring evidence to craft a menacing narrative. For instance, they said that his 4.6 second figure was based on a single person checking signatures — even though there were more than 40 elections staffers who were examining signatures that day.

“The bottom line: the AG has not identified a single instance where a ballot was accepted with a non-matching signature,” Maricopa County Chairman Bill Gates and Recorder Stephen Richer said in a joint statement.

Richer also took to Twitter to respond to the letter in a thread addressing the concerns raised saying that he and his office have been working with investigators and that their answers likely didn’t “fit the narrative.”

🧵🧵I remember spending many, many hours working with investigators on our entire tech stack. Looking at questions like internet connectivity and data deletion. I guess the answers to those don’t fit the narrative…

“I remember spending many, many hours working with investigators on our entire tech stack,” Richer said. “Looking at questions like internet connectivity and data deletion. I guess the answers to those questions don’t fit the narrative…”

Gates and Richer said that the report has “no new evidence, nothing that would have changed the results, and nothing that should lead people to question the overall health of our electoral system.”

“We’ve spent nearly eight months cooperating with the AG’s office. Our election professionals have worked day and night to gather the information responsive to both Mr. Brnovich’s civil and criminal inquiries, all while running two safe, secure, and accurate jurisdictional elections during that period of time,” the statement said.

In another section, Brnovich said there were record-keeping failures related to early ballot drop boxes. He noted that some 20% of the forms associated with maintaining chain of custody on those ballots had some sort of error.

The county said Brnovich’s claims are misleading at best, as they fail to note that every ballot was accounted for.

“The Maricopa County Elections Department ensures ballots are tracked and security is upheld. Our records confirm that tamper evident seals were secured on every drop box,” Gates and Richer said in their statement. “We can account for every ballot that was delivered to the Elections Department, whether it was returned in a drop box, voted in person early, mailed back to us, or voted on Election Day.”

The AG also complained that the county has been slow to provide records to his investigators — without the ability to subpoena in civil matters, they must file public records requests — and accused them of stalling.

Richer noted that Brnovich’s office does a poor job of immediately responding to records requests: “Does the AG’s office respond to every (public records request) in under a month?”

Brnovich’s letter also mentions records requested by Sen. Kelly Townsend, R-Mesa, relating to the EIU who “independently verified” a “third-party review” of ballots, likely referring to the discredited work of Shiva Ayyadurai. The AG claimed that documents related to this were missing as well.

Although the elections probe is ongoing — and likely will be for months, if not longer — Brnovich told Fann about new laws he thinks are warranted.

For instance, he said lawmakers should pass House Bill 2238, which requires an election drop box to be monitored by staff or by 24-hour surveillance cameras. For places like the Navajo Nation, drop boxes are a critical part of the voting infrastructure and in New Mexico where drop-boxes were not accessible saw a dramatic dip in voter turnout.

Brnovich also suggested that the Arizona auditor general should have the power to conduct audits of election systems and increase the penalties for those found guilty of election related crimes, specifically those who tamper with drop-boxes.

The AG also supported legislation by Sen. J.D. Mesnard, R-Chandler, that would ask voters to vote on a measure to make all early voters include a copy of their voter identification card with their ballot. Arizona voters will decide that issue in November.

Democrats and Republicans each took different positions on the letter, with Republicans seeing it as a win for their battle to prove election fraud while Democrats saw it as further proof of Brnovich “wasting” taxpayer money.

“Yet again, Mark Brnovich has abused his official office, wasting countless hours and taxpayer dollars to further his political career,” Arizona Democratic Party spokesperson Hannah Goss said in a statement. “Arizonans are sure to remember Brnovich’s shameless politicization of his elected office and our electoral process at the ballot box.”

Arizona Senate President Karen Fann, who spearheaded the “audit” that upheld the election outcome and found no actual evidence of malfeasance, praised Brnovich’s letter as “historic.”

“This is a historic day for voter integrity in Arizona,” Fann said in a statement. “We’re thankful that the Attorney General’s Office is diligently investigating the many serious issues raised in the Senate’s election audit, in addition to addressing the concerns and questions from our constituents, which may have otherwise been ignored.”

None of the issues Brnovich raised were actually mentioned in the “audit” that Fann hired Trump apologists to conduct.

Fann added that the legislature intends to continue to work on the legislation and legislative issues pointed out by the AG in his letter.

HATCHERY, FROM PAGE A1 |

The Blackfeet Nation’s Plight Underscores the Fentanyl Crisis on Reservations

Our national pathology over guns is no longer insane. It’s inhuman.