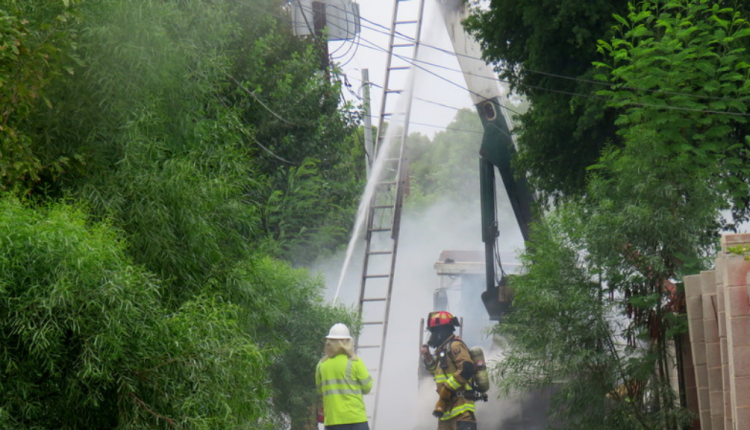 The Yuma Fire Department (YFD) says crews were called to an alley south of W. 5th Place near S. 21st Avenue just before 11 a.m. to get a report of a burning crane. When the fire brigade arrived, a tree cutter’s truck was found in flames.

YFD says the bucket operator jumped to the ground after the fire started. He wasn’t hurt. The firefighters managed to put out the flames before they spread to homes or properties.

Fire investigators say the truck’s boom hit some power lines. Not only did this ignite the fire, it also powered the area and at least one nearby school.