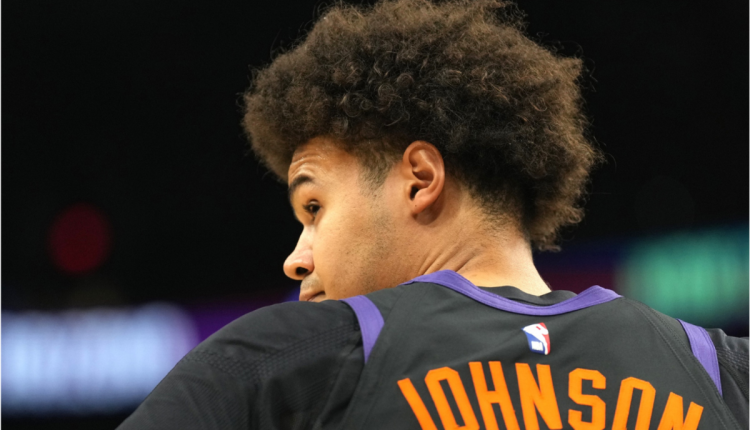 There’s not a whole lot of Phoenix Suns who can legitimately breakout this season.

Guys such as Chris Paul, Devin Booker, Mikal Bridges and Deandre Ayton have already made their names known in households across the country.

So when Bleacher Report does articles like their most recent one, going through each team’s breakout candidate, there’s an obvious choice when finally getting to Phoenix:

“All arrows point toward Johnson stepping forward for the Suns this season,” said B/R.

“The club reportedly made him ‘off-limits’ in its summer pursuit of Kevin Durant, per Yahoo Sports’ Jake Fischer. Johnson’s presumed ascension is also likely tied to Jae Crowder’s desire for a change of scenery.

“Johnson, who just so happens to need a new deal between now and next summer, could make himself ultra pricey if he doesn’t ink an extension. All elements of his game clicked last season—manifesting most clearly in his 46.0/42.5/ 86.0 shooting slash—and he hasn’t even handled a starting gig yet.”

Johnson, still in contract talks with Phoenix, looks to make the most of his starting job this season.

His status (finger injury) is still up in the air for the team’s opener against the Dallas Mavericks on Wednesday.

The Athletic Says Take the Over on Phoenix Suns Win Total

What to Expect From Potential Cam Johnson Extension

US 95 Improvements Near Yuma Get Grant Funding