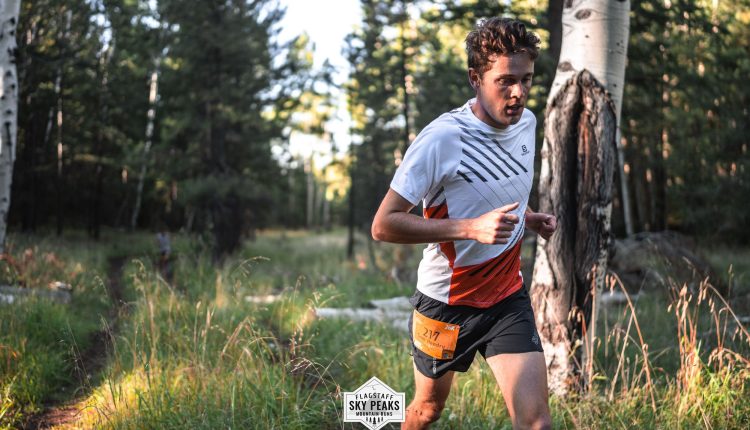 Canmore, Alta.’s Sam Hendry earned a spot on the podium this weekend with some of the best skyrunners in the world. Hendry, 23, is on the ski team at the University of Utah, and boasts an accomplished skiing resume.

After finishing as the top Canadian at the Sierre-Zinal race in Switzerland earlier this year, he jumped into an incredibly deep field of talented athletes at Flagstaff Skypeak’s 26K Golden Trail World Series (GTWS) race on Saturday. This is the first year that the Flagstaff Skypeaks 26K event, touted as Arizona’s highest footrace, is part of the GTWS. The ski area course, nicknamed the ‘quad burner’ goes up right from the start, all the way to 3505 meters above sea level and back down.

Hendry stormed past a deep field of renowned mountain runners to finish third in 1:59:54, just over a minute behind second-place American athlete Eli Hemming, who ran 1:58:26. Swiss skyrunner Remi Bonnet won the race, only one week after his Pike’s Peak Ascent (also a GTWS event) win, in 1:53:47.

We caught up to Hendry post-race.

Congrats! How did it feel to run such a stellar race against some daunting competition?

Flagstaff was really good. I had my best month of training for the season after Sierre Zinal and knew I’d be in great shape for the race. I didn’t expect to be running away from big names like Francesco Puppy other Daniel Osanz but I just tried to use the surprise as motivation. I knew I was capable of a good result, but a podium on the Golden Trail World Series is a big deal to me. 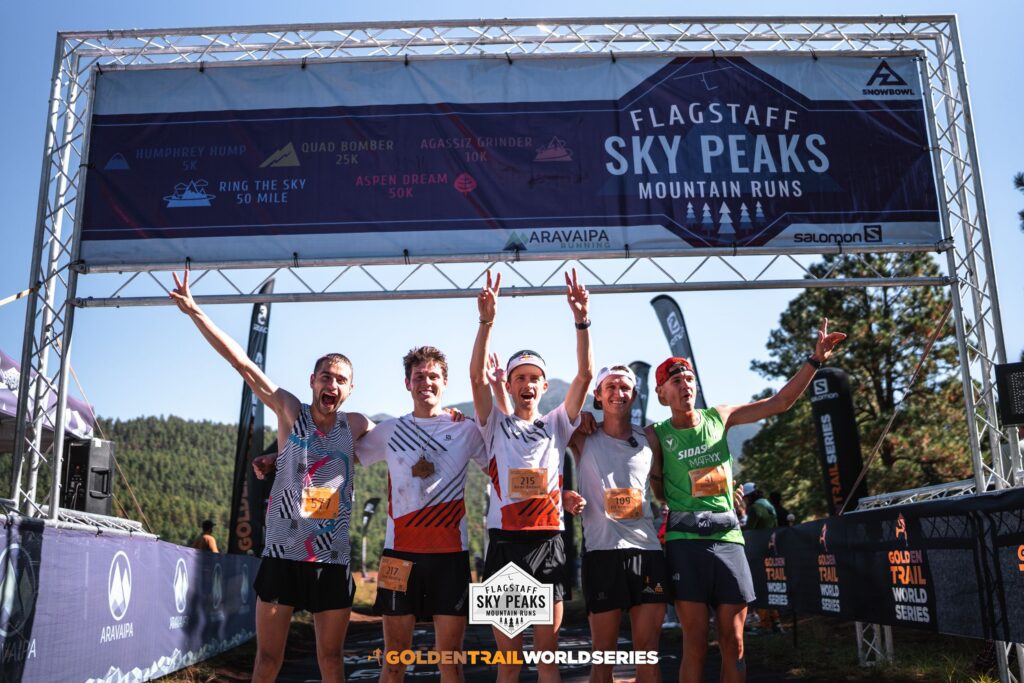 I know skiing is your main sport (and you’re obviously really good at it)—were you always a runner in the off-season?

I’ve always loved running and being in the mountains especially but didn’t start racing until last summer, when I began running in the Cirque Series events here in the US That helped me get in touch with Salomon and I was able to move into the GTWS this summer. It’s been so fun and I can’t wait to continue in the future!

Do you have any other races planned this season?

I have to now decide if I can make it to Madiera for the final or if it’s too close to the ski season, but it would be really great to close out the year with a stage race in such a cool location, especially with the success from this weekend to ride on. 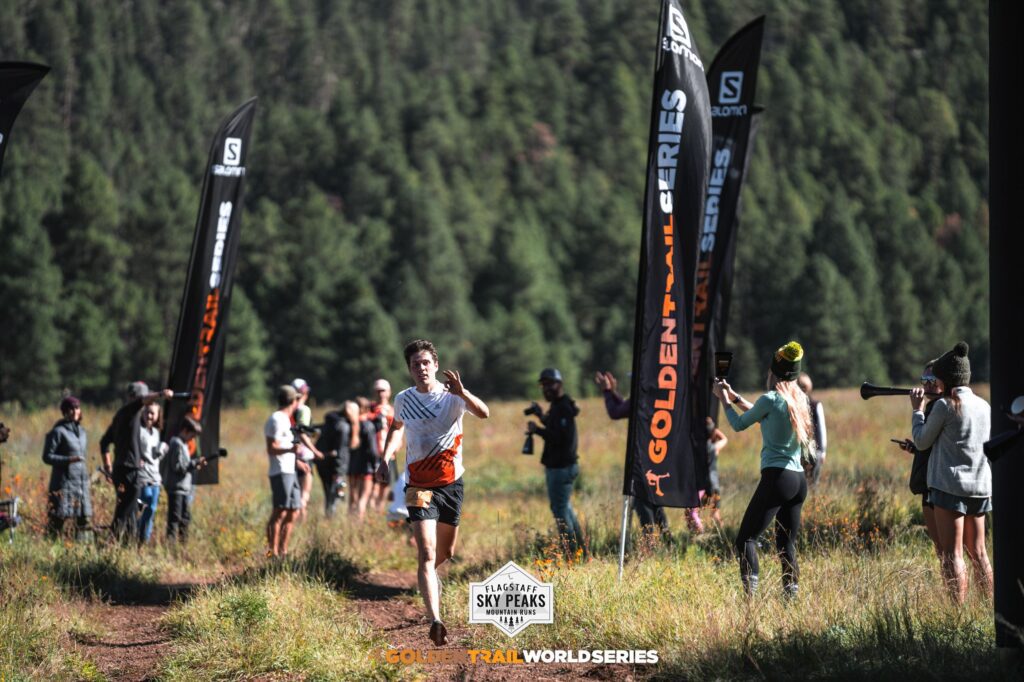 Hendry is certainly a Canadian name to watch, especially if he decides to run the Madeira Ocean and Trails Stage Race (the final of the GTWS, a 5-day stage race).

Flagstaff Skypeaks 26K women’s race also had some familiar names on the podium, with Swiss-based skyrunner Nieke Brinkman taking the win in 2:11:43, followed by American Sophie Laukli at 2:12:56. Fellow US runner Allie McLaughlin beat the well-known Maude Mathys of Switzerland for third in 2:14:05.

For full results of Flagstaff Skypeaks, head here. More information on the Golden Trail World Series can be found on their website here.

Calls to fear ‘Soros’ and the ‘globalists’ are nakedly antisemitic, and must be rejected