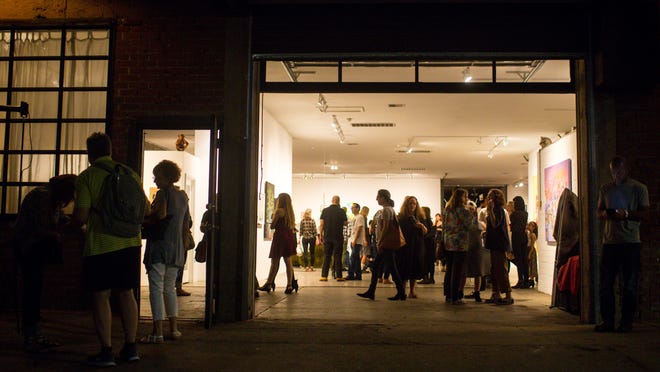 Chaos Theory, the largest downtown Phoenix arts event, is back

Chaos Theory, the largest event on the downtown Phoenix arts scene, is back after it was canceled last year due to the COVID-19 pandemic.

Chaos Theory is a group show featuring works by artists from across the state. 71 artists were invited to this year’s show.

This year’s Chaos Theory, the 21st, came together pretty quickly, said co-founder Randy Slack. The official announcement was posted on social media just last week. That’s one of the reasons Slack said the one-night event, usually held on the first Friday in October, will carry over to Saturday this year.

The Saturday afternoon hours provide a chance to see the show for those who want to avoid the Friday night crowds. Masks are recommended on both days.

Why this year’s art exhibition is open longer than usual

Legend City will be open “until whenever” on October 2nd from 2pm to anyone who wants to see the exhibition but does not come on Friday evening.

“We don’t usually do that,” said Slack. “But it somehow crept into us and since the first Friday is October 1st, we decided to open on Saturday.”

Slack said organizers of the event were still trying to decide back in August if it would take place this year due to the uncertainty surrounding the ongoing pandemic.

“We wanted to see what the world was doing,” said Slack. “I was ready to pull the plug in August.”

Once the decision was made, it was quick. But that’s not too unusual for Chaos Theory, Slack said.

Under normal circumstances, putting together the exhibition is quick. The exhibits don’t appear until the middle of the week, but everything comes together by Friday evening.

What the Stalemate on Capitol Hill Means for Your Drug Prices