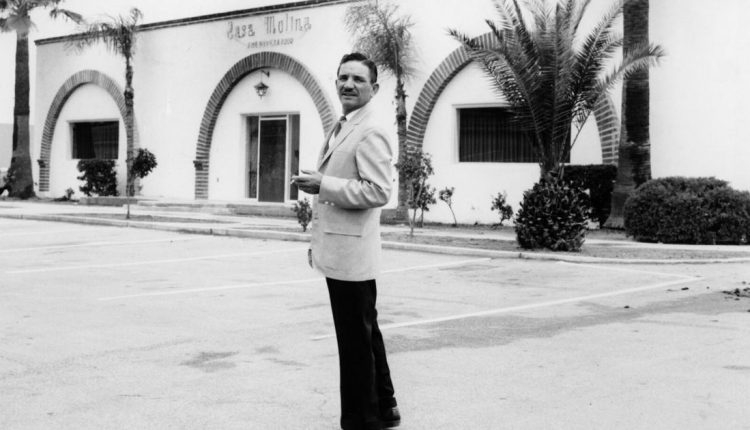 Check out these Tucson restaurants chasing 100 years in business | subscribers

As Tucson’s landmark Mexican restaurant El Charro is celebrating its centennial year, several Tucson restaurants are hoping to follow in its footsteps.

Here are several Tucson restaurants that have been around 75 years or longer.

Arizona’s first congresswoman Isabella Greenway opened the Arizona Inn in 1931 as a way to employ World War I vets in the hotel’s furniture shop and to house travelers. The inn is still operated by Greenway’s descendants and the dining room is still a destination for locals and tourists alike, serving an upscale Southwestern-influenced New American menu for breakfast, lunch, dinner and weekend brunch.

El Minuto Cafe in the 1980s. The restaurant was started in 1936 by Lebanese immigrant John “Juan” Shaar.

Started in 1936 by Lebanese immigrant John “Juan” Shaar, the cafe is still run by the family, now in its fourth generation. Shaar originally opened the restaurant a few miles east off Congress Street, but that building was demolished in the 1940s to make way for Interstate 10. The restaurant moved next door to the family’s home in Barrio Viejo and was spared the wrecking ball of the urban renewal early 1970s, although the family home was not so fortunate.

Teresa Shaar, center, with her two children Zulema Salinas, left, and Jose-Luis Salinas Jr. at El Minuto Cafe. Teresa has been managing the restaurant for 40 years.


Teresa Shaar, Juan Shaar’s granddaughter who has managed the restaurant for 40 years, opened a second location of El Minuto on the east side in early 2007; it was open just seven months before closing that summer, a casualty of the recession.

Teresa Shaar, who has been running the downtown restaurant since her 90-year-old mom Rosalva retired, is now working alongside her children.

“It took while for my kids,” she said. “But my kids love it now. When they see the clientele we have and the regulars who come every day for lunch and were so faithful during the pandemic. Everyone loves our food and we have a great location with the (Tucson Convention Center). They see the great potential.”

When it opened in 1936, Crossroads was a drive-in in an area that had few, if any, drive-ins or restaurants. The Mexican restaurant, anchoring the corner of South Fourth and East 36th Street, is largely regarded as the patriarch on a street that now boasts some of the city’s most iconic and enduring Mexican restaurants.

Caruso’s Italian Restaurant is known for its authentic Italian fare.

Nicasio Zagona opened his Italian restaurant in 1938 blocks away from where Caruso’s has stood on North Fourth Avenue for nearly 80 years. Zagona’s son, Salvatore Zagone Sr., took over the restaurant, known for its authentic Italian fare and historic copper sauce pot, in the early 1950s and ran it through the 1990s, when his son, Salvatore Jr., took over. The senior Zagone died in early 2021 at the age of 100. Zagone Jr. runs the restaurant with his cousin, Andrea “Ande” Motzkin.

Leroy C. Perkins opened the steakhouse in 1939 in an area of ​​Tucson that had gone from barren desert to burgeoning subdivisions over a span of a dozen years or so. The ranchhouse vibe matched the menu of mesquite-grilled steaks and slow-roasted prime rib, which is still the restaurant’s trademark served alongside the house favorite tamale pie. The restaurant has been owned and operated since 1975 by Agro Land and Cattle Co. Inc., which also runs Pinnacle Peak steakhouse, 6541 E. Tanque Verde Road, which has been around since 1962.

Gilbert Molina Sr. opened his family’s Mexican restaurant in 1947, involving his children in the business from the beginning. The original restaurant, which initially had seating for 16, is now run by Gilbert Jr., who also owns Casa Molina del Norte at 3001 N. Campbell Ave.

A small grease fire in the fryer in April shuttered the Speedway restaurant. Molina Jr.’s daughter, Yaredezette Molina-McGuire, who manages the Campbell Avenue restaurant with her brother Gilbert III, said they are awaiting official approvals to reopen the flagship restaurant.

The Campbell Avenue restaurant originally opened in 1963 on Campbell and East Limberlost Road, where Trader Joe’s is located. It opened at its current location in 1989, one of several spinoffs from the original restaurant from various family members that numbered nine at one time, including the storied Molina’s Midway that closed in 2017 after 63 years in business.

Molina-McGuire, 49, whose two adult daughters work in the restaurant, and her 43-year-old brother are intent on continuing their father and grandfather’s legacies.

“We pass it on generations to generations, just like Carlotta and Ray (Flores of El Charro),” she said. “That’s our goal, to keep it on for generations. That’s why my grandfather started it.”

A wall of old license plates are nailed to a wall near the entrance at Li’l Abner’s Steakhouse in Marana.

The popular steakhouse started in 1947 as a watering hole for local farmers and cowboys before it added food to the mix. It’s been owned by former Tucson attorney David Hoffman since 1981, when he bought it from a former client.

On most nights, the restaurant prepares hundreds of steaks and ribs on an open flame grill on the patio, serving generations of Tucsonans and tourists alike.

“It’s like the old West. It’s a neat old place,” said Connie Gilbert, who, with coworker Shawn Bell, has managed the restaurant for Hoffman for 40 years. “I’m sure there are a lot of memories that a lot of people have because it’s been here so long. Old memories and they just pass it down.”