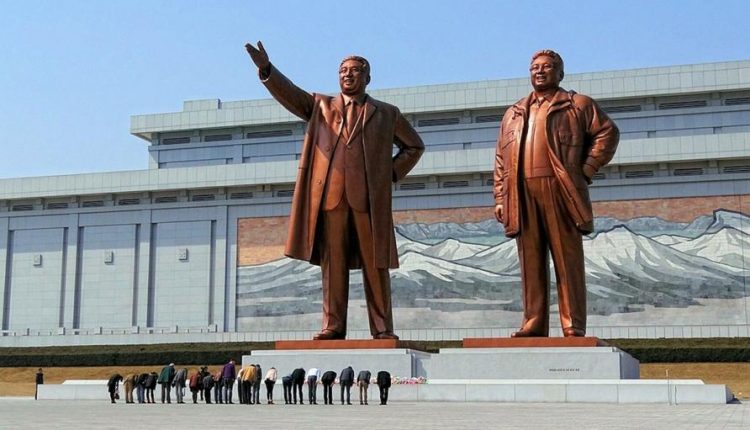 The Cold War may have ended, but one of its greatest conflicts lives on – at least on paper. There was no formal treaty that ended the Korean War in 1950-53, which means that North Korea and its ally China have been at war with the US-led forces and South Korea for more than seven decades.

While the two Koreas have revived calls for a peace deal, entrenched political forces may hold the prospect of a solution in check.

1. Why is the Korean War still not over?

The parties involved in the talks to end the war – North Korea and China on the one hand, and the United Nations’ armed forces led by the United States on the other – never managed to reach a peace treaty. What was signed in 1953 was just a ceasefire agreement, or armistice, and it was only between three of the four parties. South Korea held out and tried to continue fighting in the hopes that the entire peninsula could come under its government’s control. So today Seoul alone has little power to change the status of the ceasefire. The border between North and South Korea remains one of the most militarized rifts in the world, with more than a million soldiers stationed near it.

2. What is preventing a peace agreement now?

The ceasefire was a military agreement and a peace treaty would be a political deal that is difficult to achieve if North Korea and the US do not formally recognize each other. The US has long thought that a peace deal and diplomatic recognition would be a reward if North Korea dismantled its nuclear weapons program. However, should a peace treaty be reached, it would reinforce North Korea’s stubborn demands for the withdrawal of around 28,500 US soldiers from South Korea. If a peace agreement does not demonstrably and completely end Pyongyang’s nuclear weapons program, Japan and South Korea could look for their own nuclear weapons and thus set a regional arms race in motion.

3. What would a peace agreement require?

The US and China would have to press ahead with any agreement and put their political tensions aside to find solutions to problems that had simmered for decades, such as the final determination of nautical boundaries unilaterally drawn by the US in 1953. A peace deal is for Kim. risky Jong Uns regime in North Korea, which has long blamed US sanctions for the country’s poor economic situation and high domestic spending on its military to prevent an American invasion. If Pyongyang and Washington were at peace, Kim’s propaganda machine would have to revise their messages and find new reasons to divert blame for the fiscal problems caused by years of government mismanagement.

4. How did the problem arise again?

At a session of the UN General Assembly in September 2021, South Korean President Moon Jae-in repeated a call to the US and China to formally end the Korean War. Moon’s only five-year term ends in May and he has been pushing for some sort of peace deal before leaving that would back up his main political pledge of reconciliation. Kim Yo Jong, the North Korean leader’s powerful sister, told Seoul in late September that Pyongyang would consider attending another inter-Korean summit and ending the war if Seoul were to pursue less hostile policies. However, their messages may be more about gaining concessions from Moon than actually about a peace treaty.

At the first summit between the leaders of the divided peninsula in 2000, then-President Kim Dae-jung and North Korean leader Kim Jong Il – the father of the current leader – agreed on a peace declaration that encouraged cooperation. At the second inter-Korean summit in 2007 with Kim Jong Il and then President Roh Moo-hyun, the heads of state and government reached a number of agreements, including the demand to replace the ceasefire with a permanent peace agreement.

As an Amazon partner, I earn from qualified purchases.

The city of Tucson is making progress with the vaccine mandate