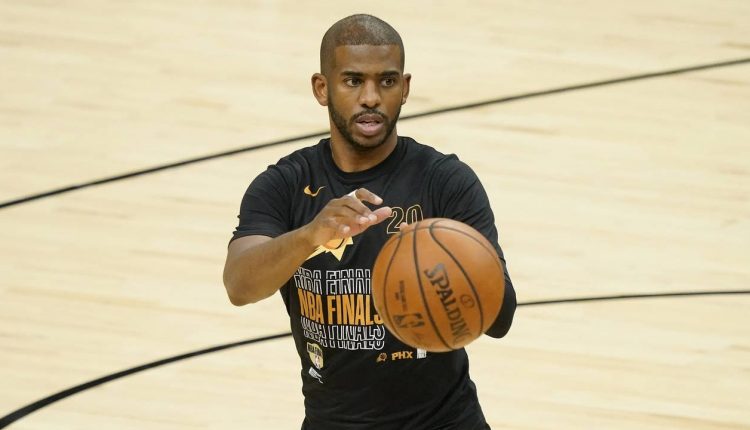 Sun’s Guard Chris Paul has partnered with the Naismith Memorial Basketball Hall of Fame to plan a basketball series at Phoenix’s Footprint Center between two historically black colleges and universities.

It will showcase Norfolk State, Morgan State, Hampton and Grambling State. Times and matchups will be published at a later date.

“I’m thrilled to have the chance to give these players the opportunity to experience something that HBCU student athletes normally don’t have and compete on the national stage,” Paul said in a press release. “I will never forget my time in college and I hope these events give these players something they will remember for the rest of their lives.

“I sincerely appreciate the collaboration of the Basketball Hall of Fame and the Phoenix Suns to bring this to life, and I cannot thank the Boost Mobile team enough for supporting this event.”

Paul, who attended Wake Forest and played at ACC during his 2003-05 college years, has supported and represented various HBCUs over the past several years.

“Chris Paul has shown unwavering support for HBCUs and created an awareness of creating opportunities for the student athletes at these institutions,” said Naismith President and CEO John L. Doleva in a press release.

“The Hall of Fame is proud to be part of Chris’s vision and to bring this event to life with Boost Mobile and the Phoenix Suns.”

In addition to the two games in the Footprint Center, the Chris Paul HBCU Tip Off will take place from November 22nd to 23rd in the Mohegan Sun Arena.

KHN’s ‘What the Health?’: The Autumn of Democrats’ Discontent