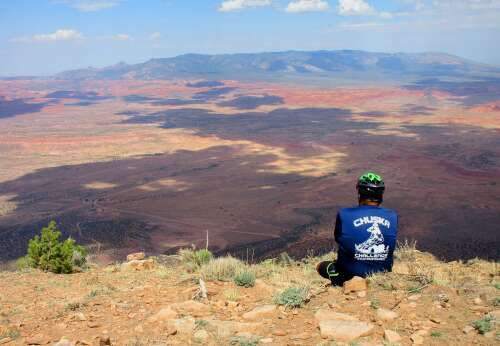 The view from the top of the world on the Chuska Challenge mountain bike race track is amazing. (Jim Mimiaga / The Diary) 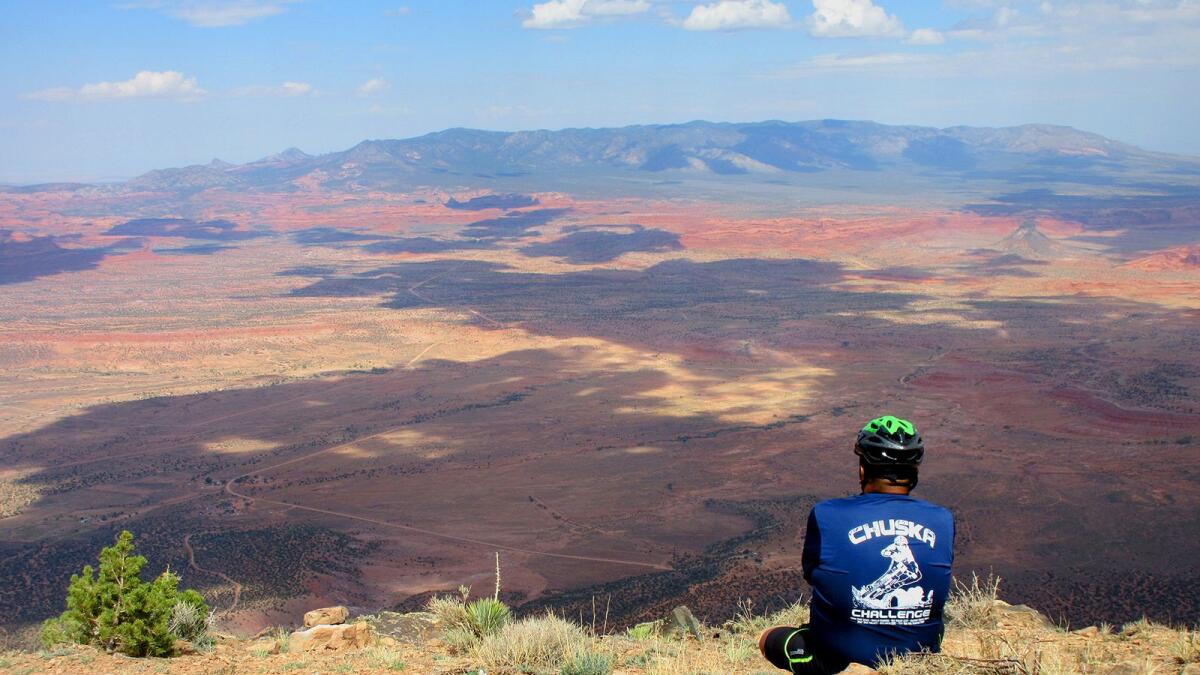 The distant blue dome of the Chuska Mountains rises from the horizon south of Cortez with a mysterious and seductive pull.

In the heart of the Navajo Country, the isolated mountain range of northeast Arizona lies at an elevation of 9,800 feet and is covered in thick forests that offer magnificent views of the colorful desert of the southwest.

But access to the Chuska backcountry is restricted to non-Navajo tribesmen without a permit or special permit.

The annual Chuska Challenge mountain bike race is the exception.

The 20 mile community race and tour are open to the general public. They provide a unique opportunity to enjoy the remote mountain range that is usually inaccessible, said organizer Tom Riggenbach, executive director of NavajoYes, a youth organization focused on healthy living. 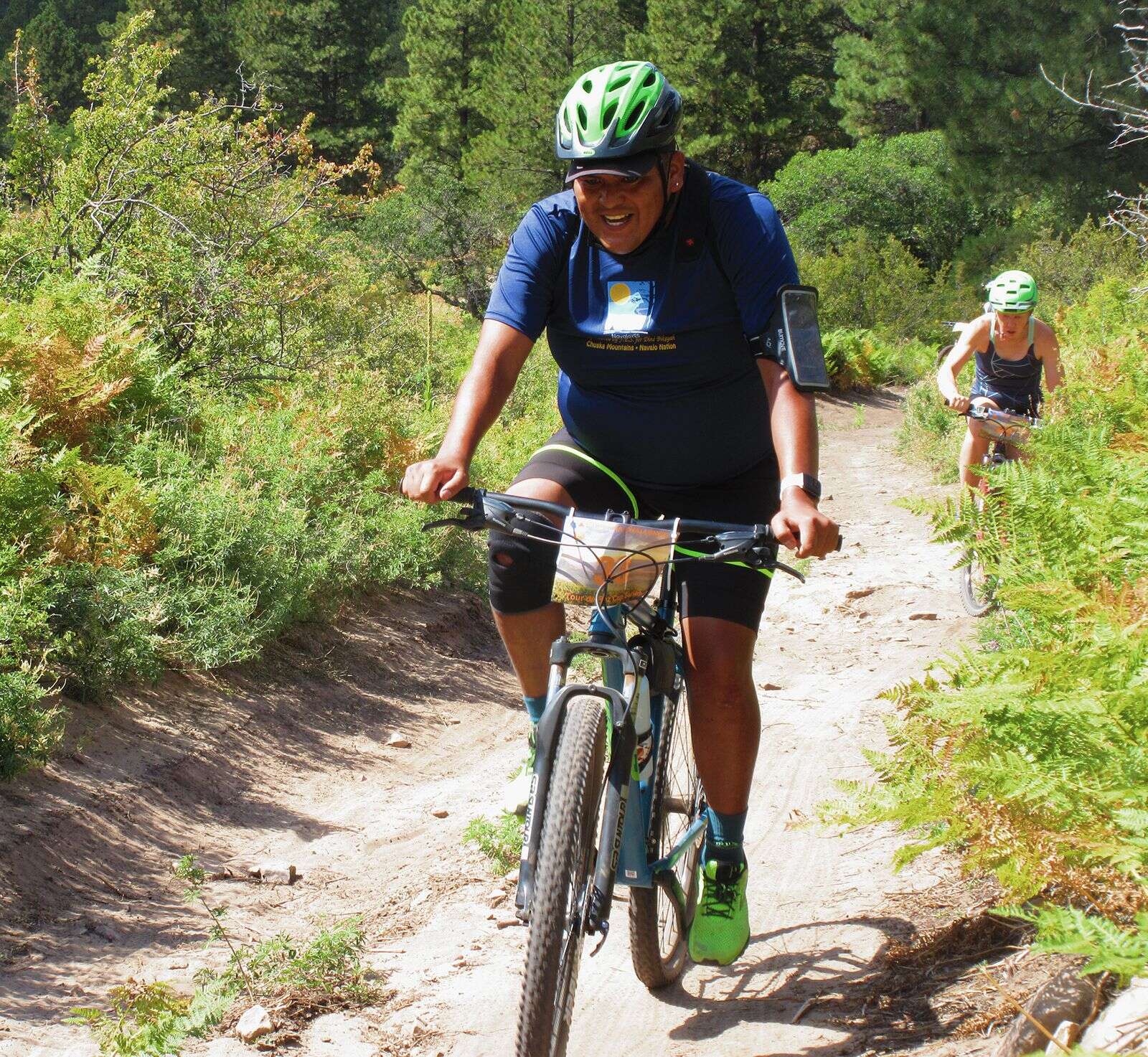 Racers battle it out on a steep hill during Saturday’s Chuska Challenge on the Navajo reservation. (Jim Mimiaga / The Diary) 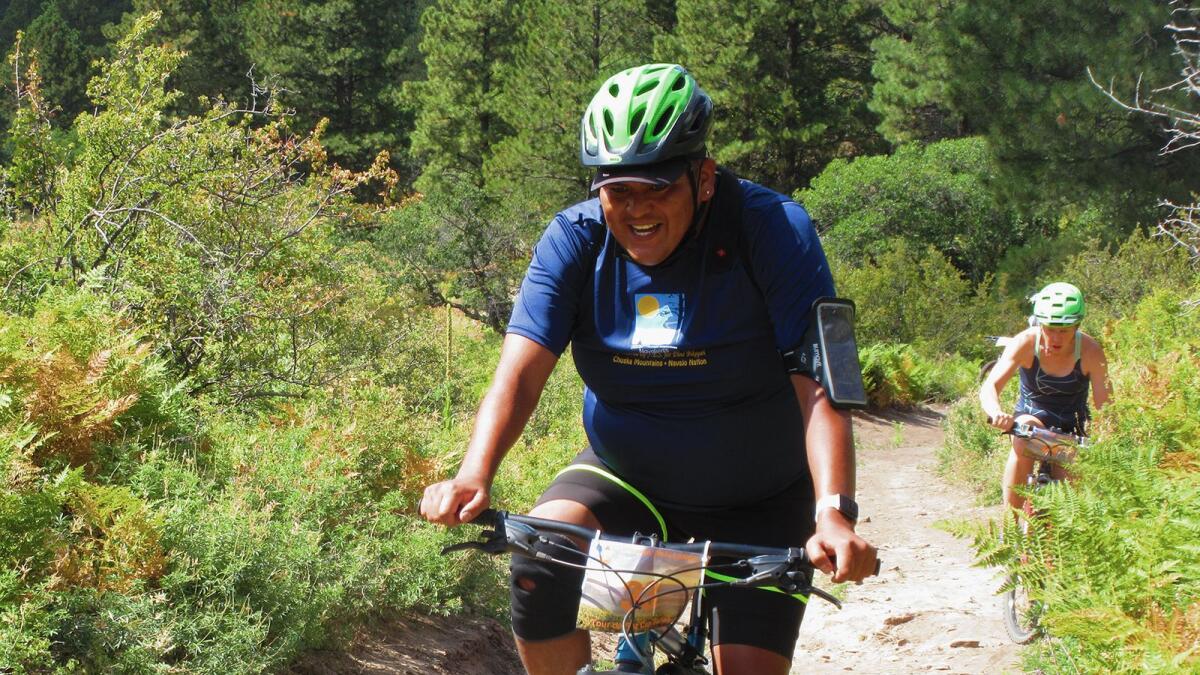 “This is our 27th year. The Chuska Challenge is one of our most important racing events, ”he said. “Simply put, it’s a fun family event with a certain competitive spirit. The main point is to get everyone to ride a bike! “

The race and others are run in partnership with the Navajo Nation Parks Department, Navajo President Jonathan Nez, the Navajo Tribal Council, local chapters, and NavajoYes.

For the Chuska Challenge on September 18, COVID-19 precautions were in place, including wearing masks at the start and finish lines, staggered starts to prevent grouping of people and fewer events. 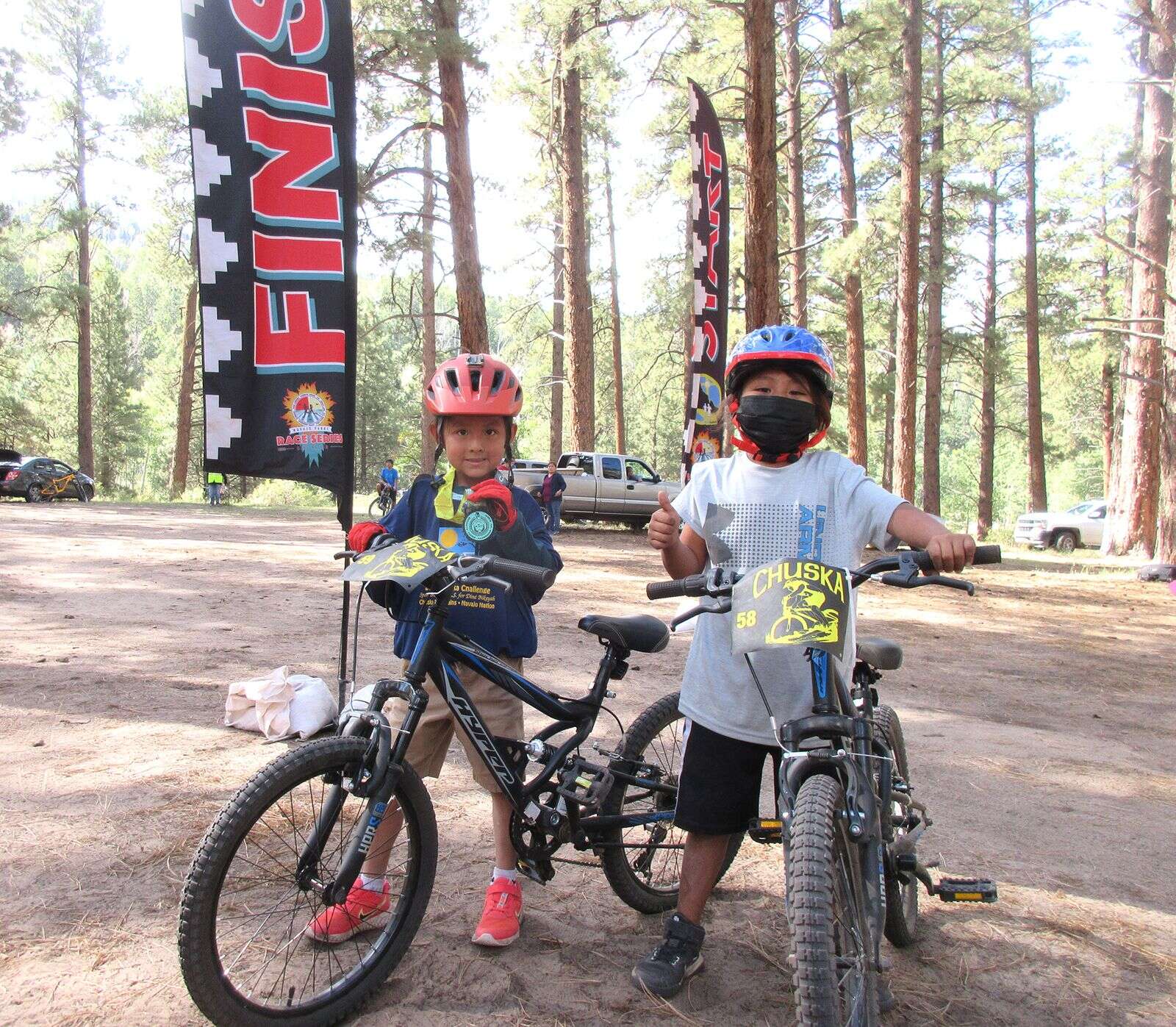 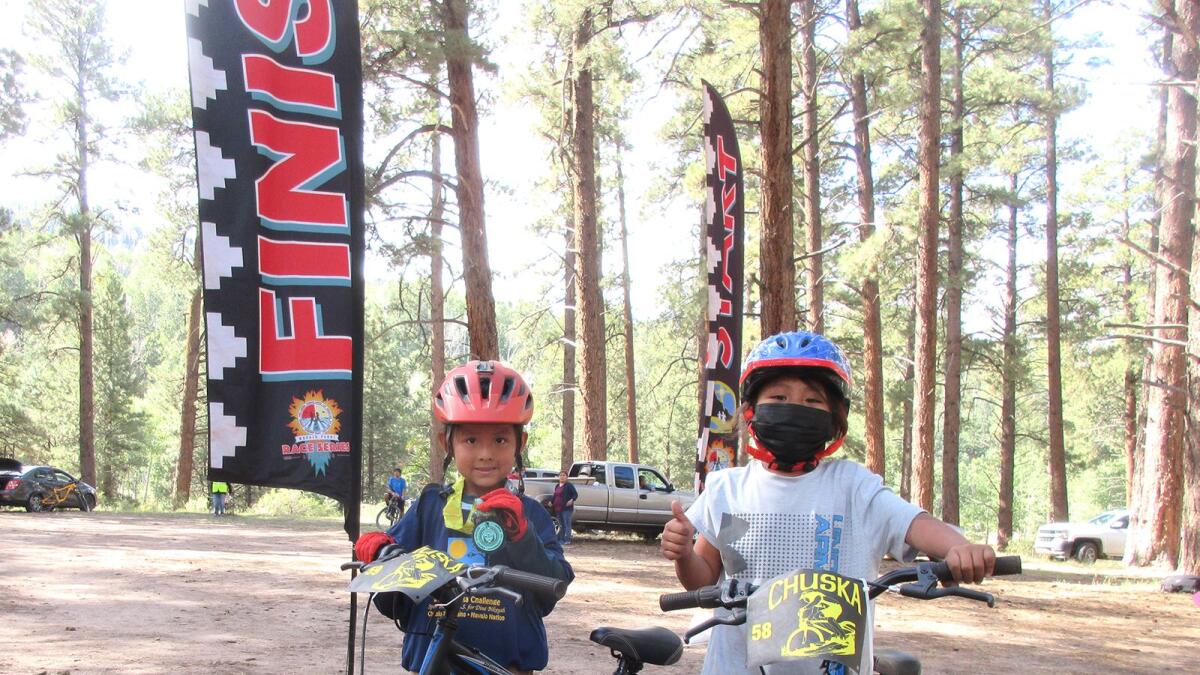 With blue skies and mild temperatures, around 80 people took part in the 1970s. A DJ played rock music and traditional Native American songs.

The course climbed on asphalt to Buffalo Pass and then swung onto dirt roads that crisscross through the heart of the Chuskas. Bikers ride through Ponderosa forests, uphill and out of valleys, across open meadows and through Navajo communities and shepherd camps. 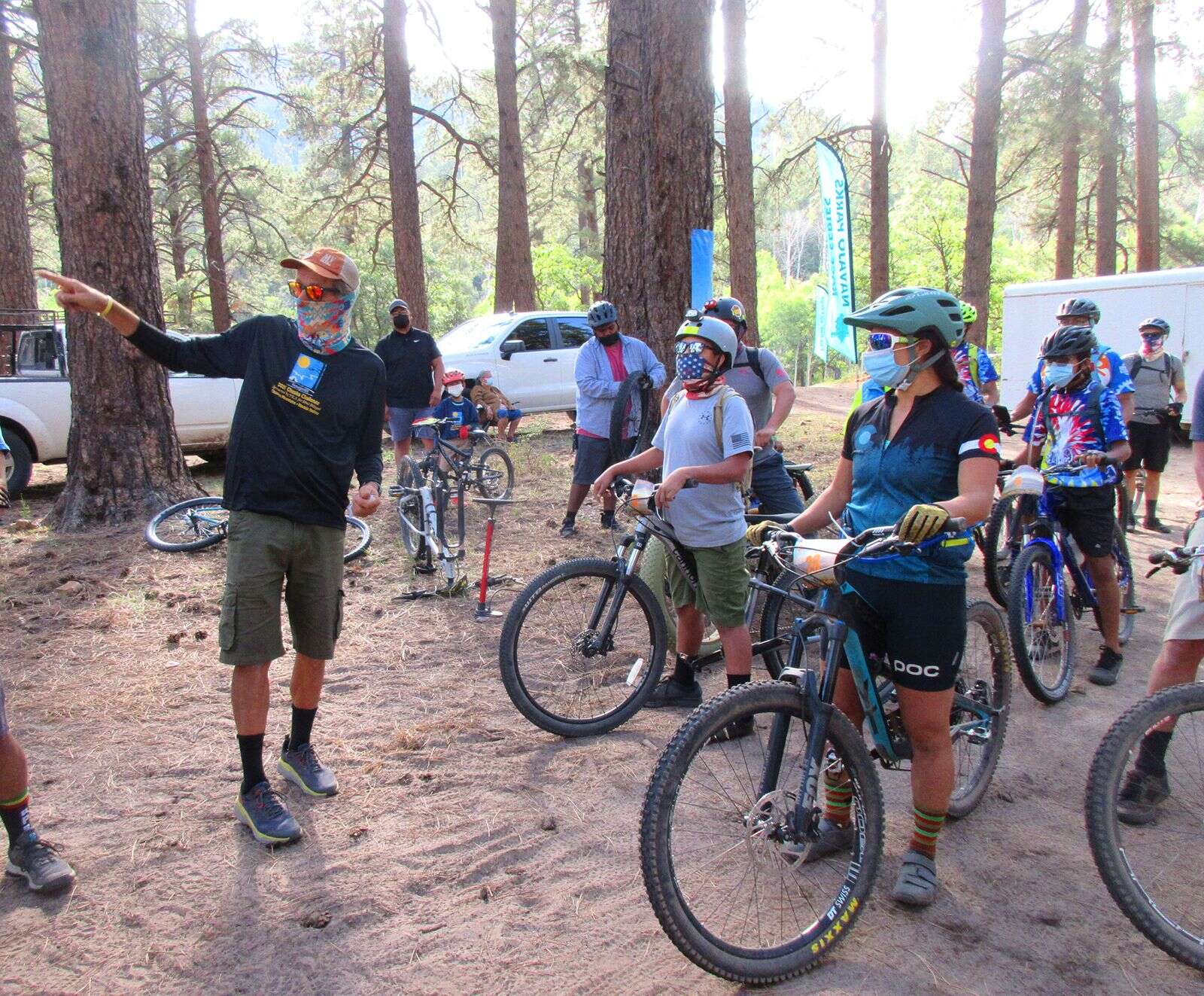 Tom Riggenbach, organizer and founder of the Chusaka Challenge, explains the route to the racing drivers. (Jim Mimiaga / The Diary) 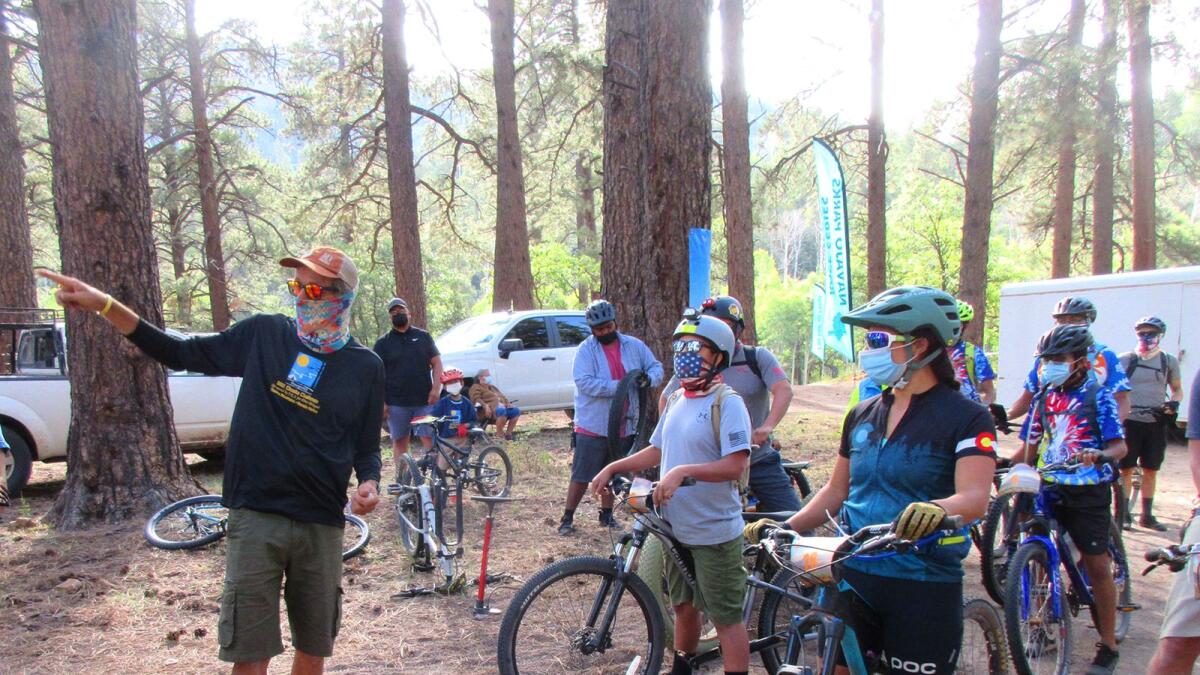 “The bikers show respect for the country, the people and each other. This good attitude is appreciated by the residents and ranchers along the route and makes the race a success, ”said Riggenbach.

“The shepherds are serious,” he advised the racing drivers at the beginning. “Give them space. They do their job.” 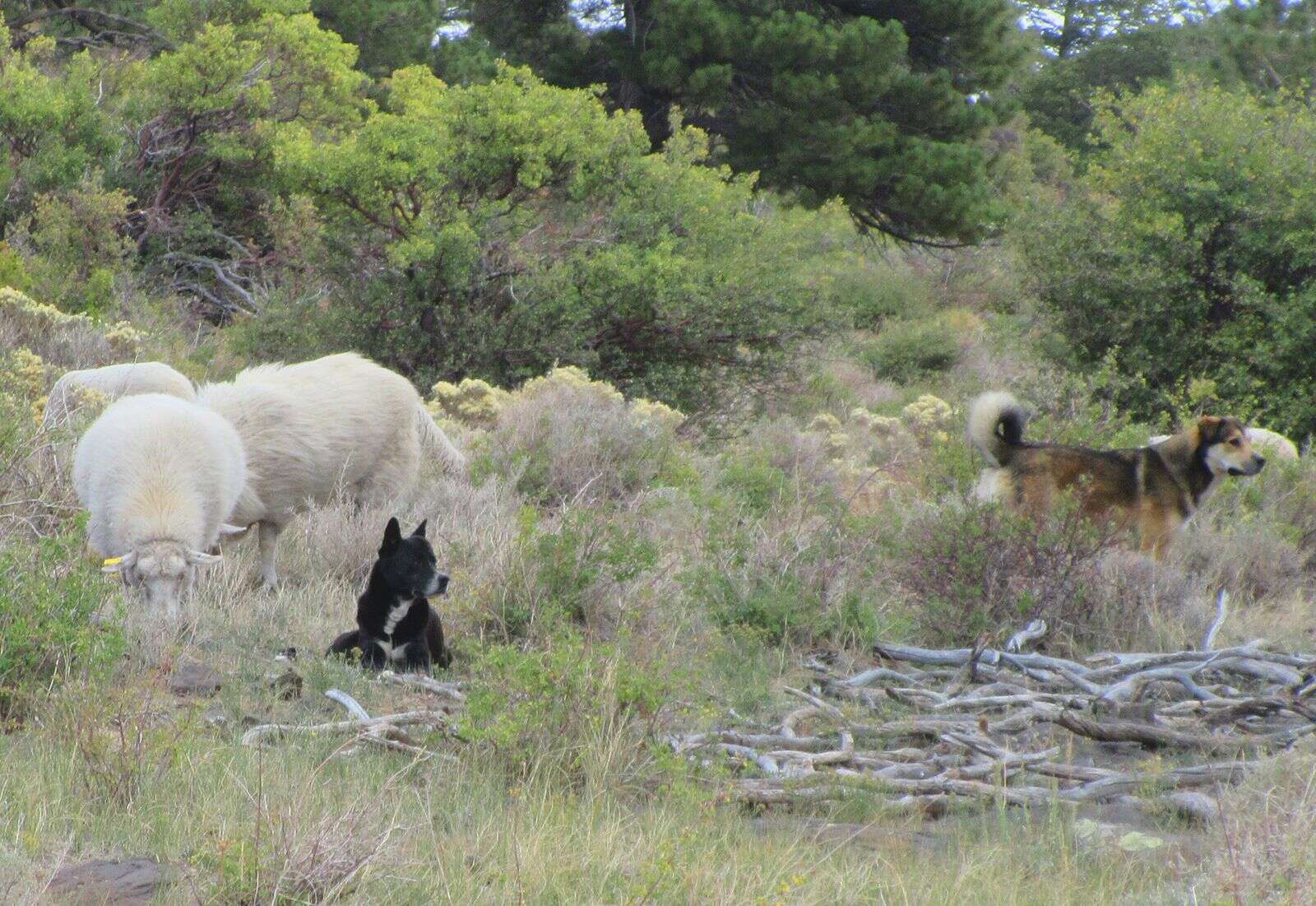 During the Chuska Challenge, cyclists drove past flocks of sheep that were guarded by dogs. (Jim Mimiaga / The Diary) 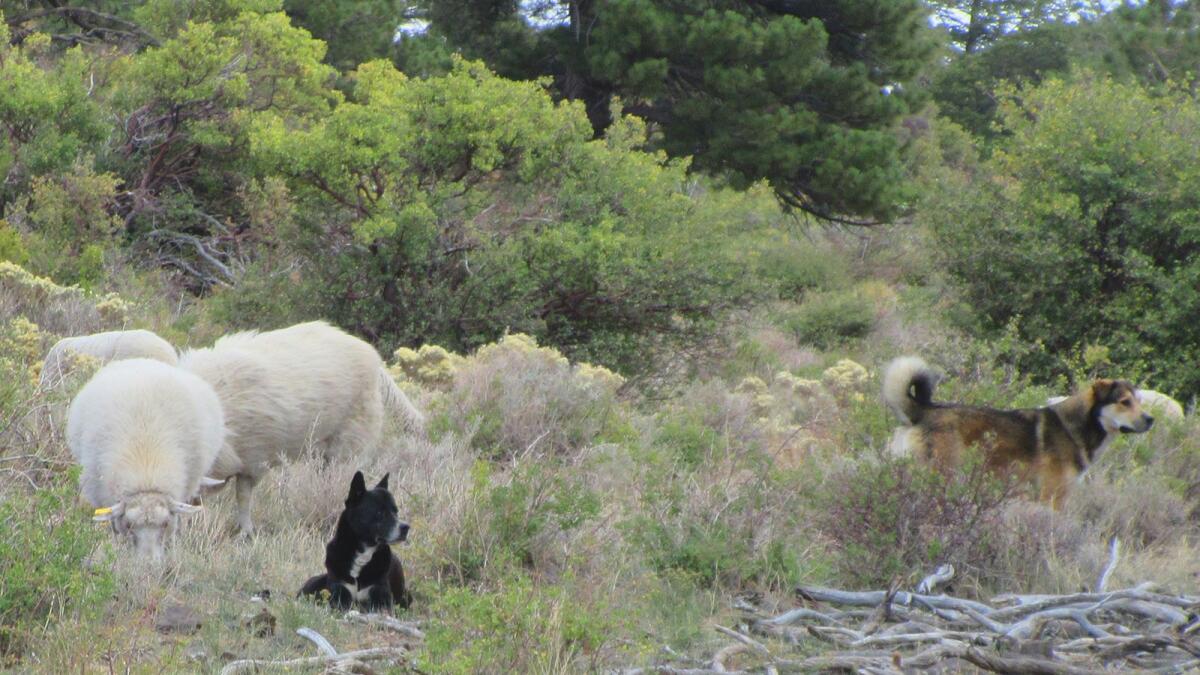 The circuit passes through the Dine ‘Bikeyah Oil Field, the largest oil field in Arizona. Aid stations offer support along the way. Sandy sections slowed people down and added a hard element.

A highlight of the race was the enjoyable way to and from the Top of the World viewpoint.

Drivers stopped to take in the breathtaking views of canyons, desert towers, and red mesa cliffs. In the distance, the Carrizo Mountains, Monument Valley and Bears Ears beckon. Tucked away in the valley below is the idyllic Navajo community of Cove.

Ranch access to the Top of the World lookout point is only open to the general public during the race. A Navajo Nation ranger stands by on an ATV while people sat in groups or alone to take in the views. 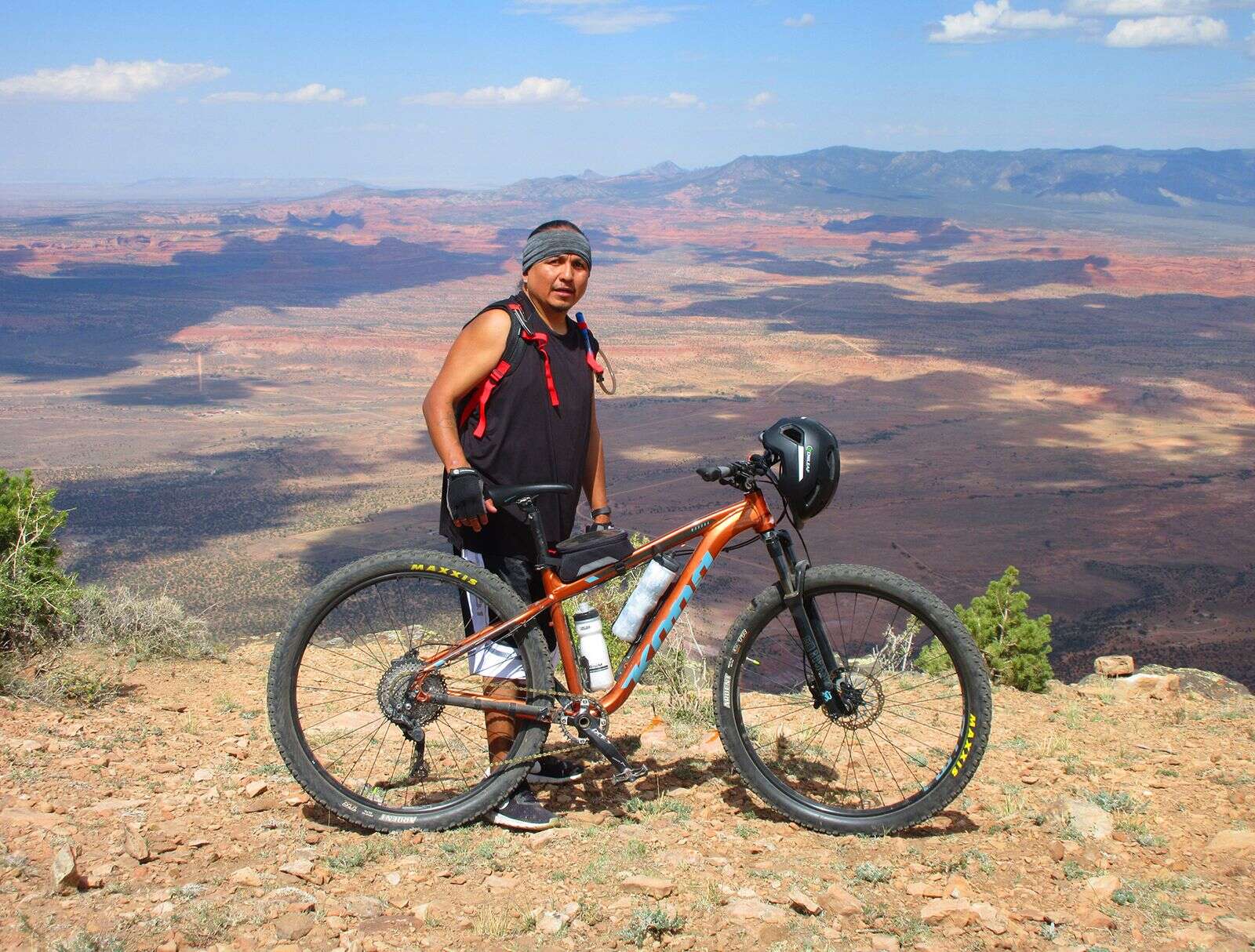 Shoni Curley Jr. takes a break at the Top of the World Lookout during the Chuska Challenge mountain bike race in Arizona on September 18. (Jim Mimiaga / The Journal) 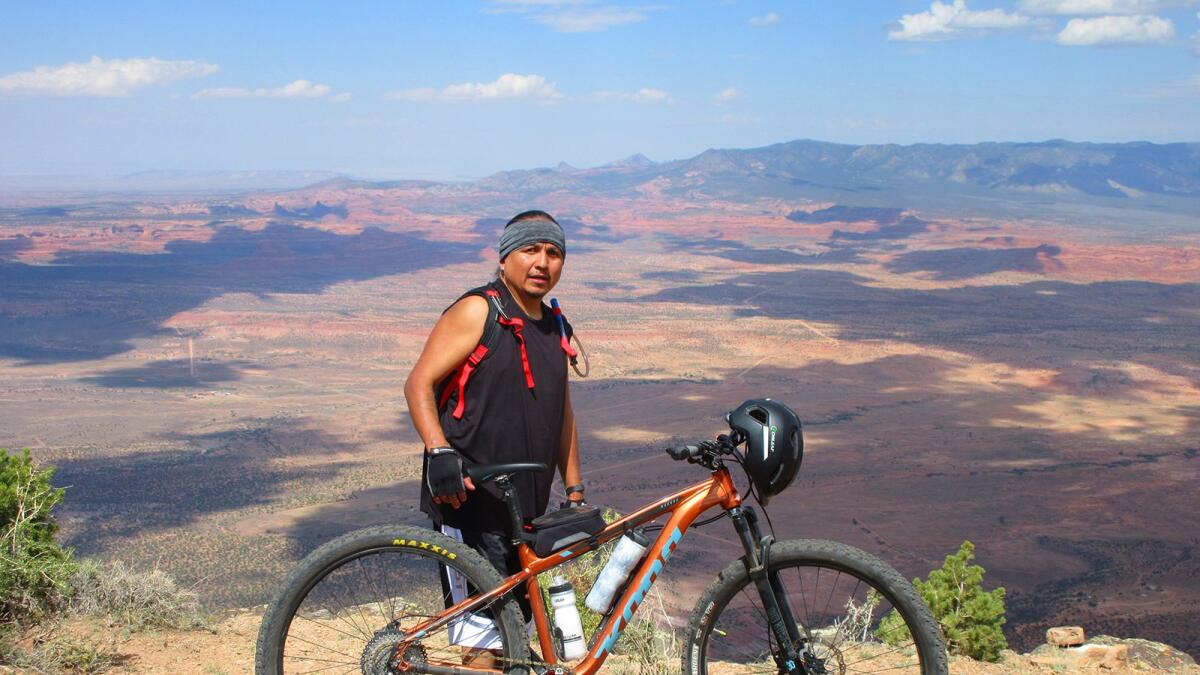 Navajo Shoni Curley Jr. was impressed with the prospect of his homeland and drove the race for the first time, inspired by his younger sister.

He recently started mountain biking to change his lifestyle after a heart attack that required surgery.

“I changed my diet and started cycling. I feel good, blessed, ”he said. “This is the longest I’ve ever ridden and I want to try other bike areas too. Part of my story is that I was always told I had high cholesterol, but I never did anything. Don’t go like me. Live a healthy life now, your family and children depend on you. “

The racers came from Navajo County, the Four Corners states, and beyond.

“It’s nice to be here. We’re so excited. Everyone’s having fun,” said Trevor Salt, 30, a Navajo tribe who traveled from Bingham, Utah. “Cycling is becoming increasingly popular with Navajos. It has, too economic benefits. We donated bicycles so that they could be reused and reused by young people. “ 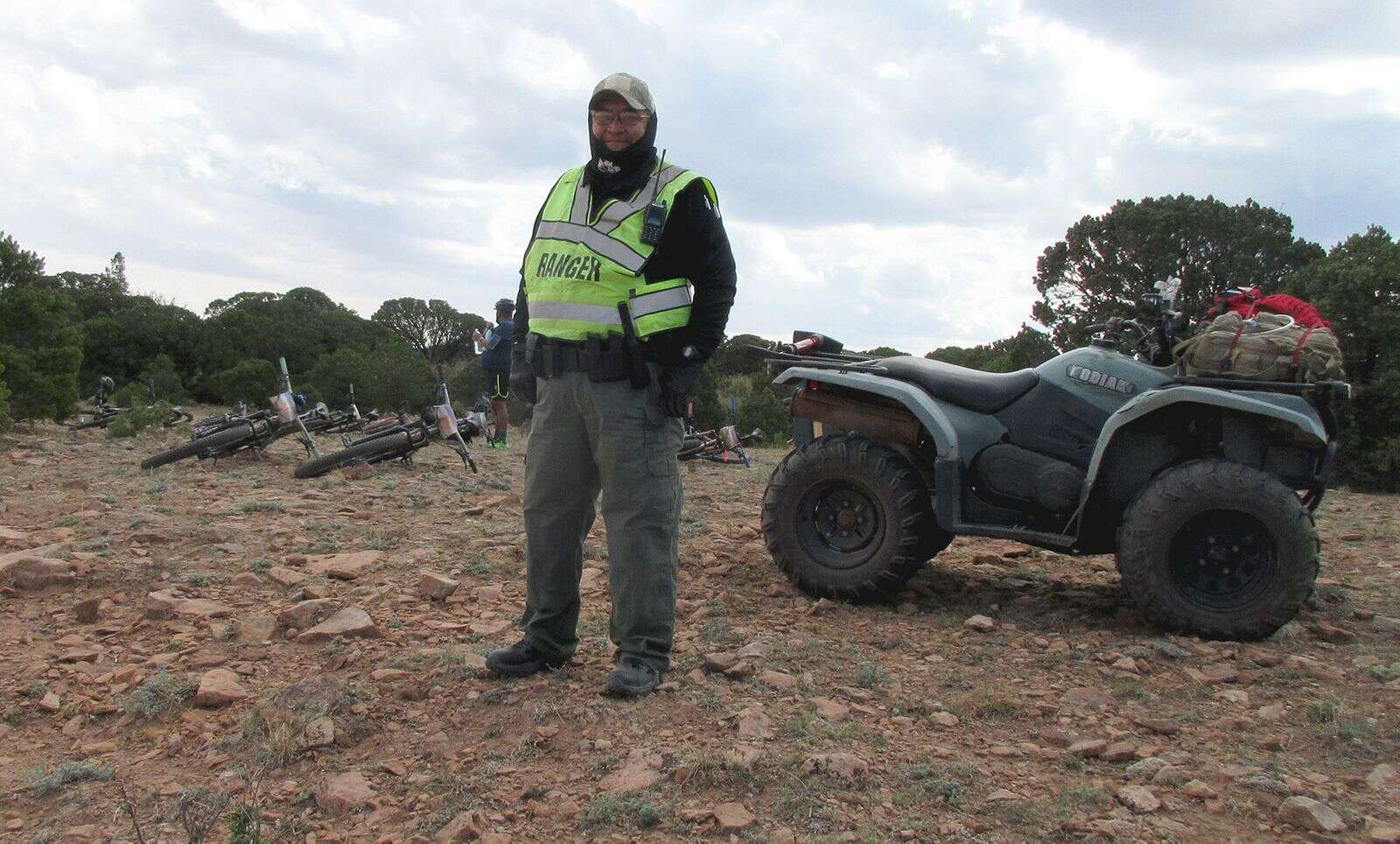 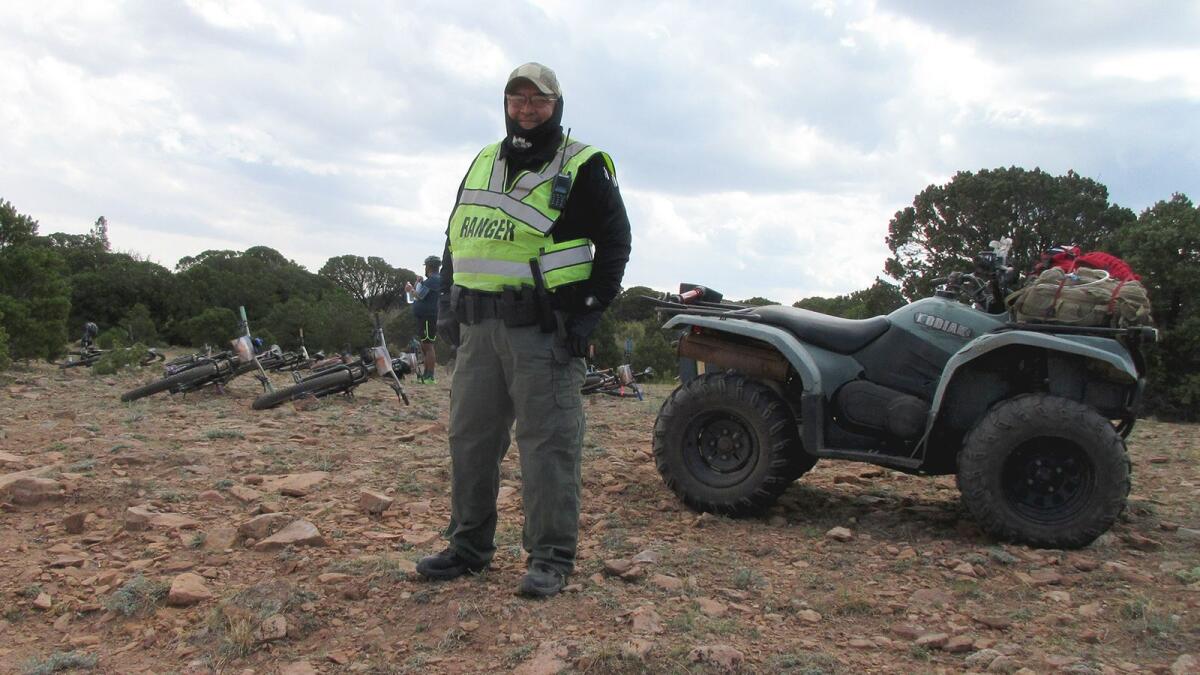 Former professional mountain bike rider and US Olympic champion Travis Brown from Durango took first place in the men’s race with a time of 1 hour and 29 minutes. 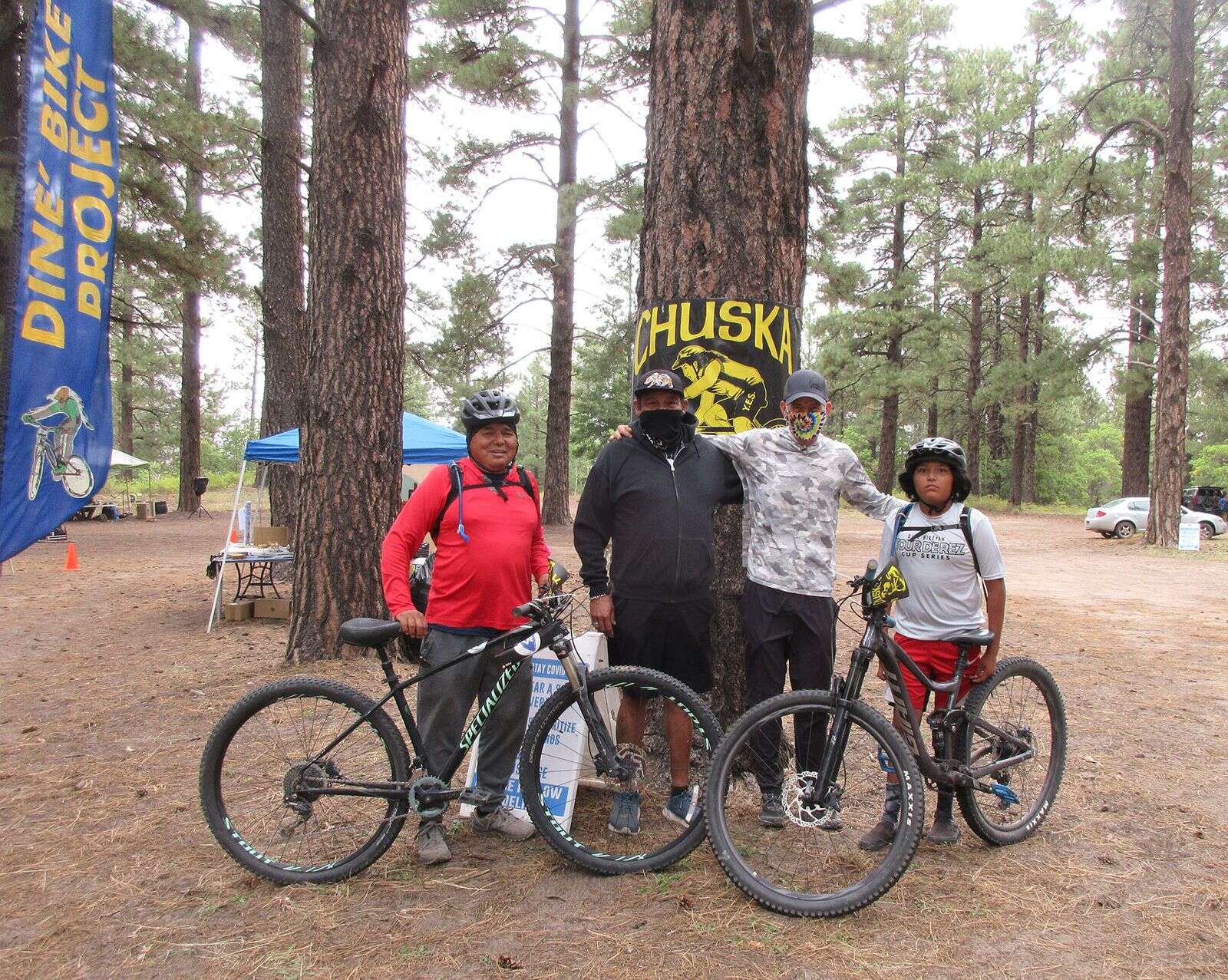 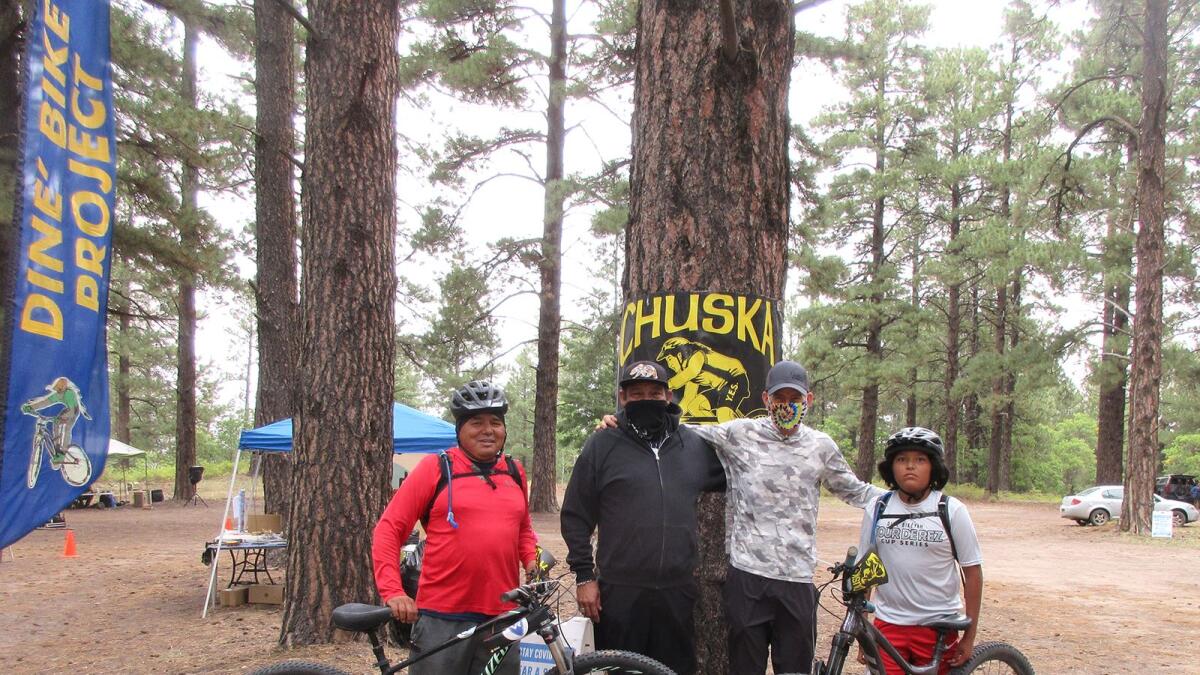 “It’s an old school race on two lane roads with some good climbs and descents,” Brown said after the race.

Preller took the lead early on at a fast pace, he said, and Brown was catching up on a descent. The two rode together amicably and switched lines.

“Whoever was ahead would take the wrong line through the sand and the second would see it and take a better line and pass. It was fun, ”said Brown.

Brown said he got a gap in the climb towards the top of the world and crossed the finish line with the lead. This is his third Chuska Challenge win in as many years.

The race venue on the Navajo Nation makes it special, said Brown, whose employer Trek donated bicycles to Navajo teenagers.

“The consensus and collaboration of Navajo communities and governments to open up access and run these events make it possible. The terrain is first class and made this race legendary, ”he said. “Involving youth is a big part of the mission.”

Cycling doesn’t require a lot of specialized training or programs once you’ve learned the basics.

“Just ride; the more you do, the more strength, skill and endurance will come on its own,” Brown said. He said that bike development programs avoid intensive training programs for young riders and only encourage them to have fun. 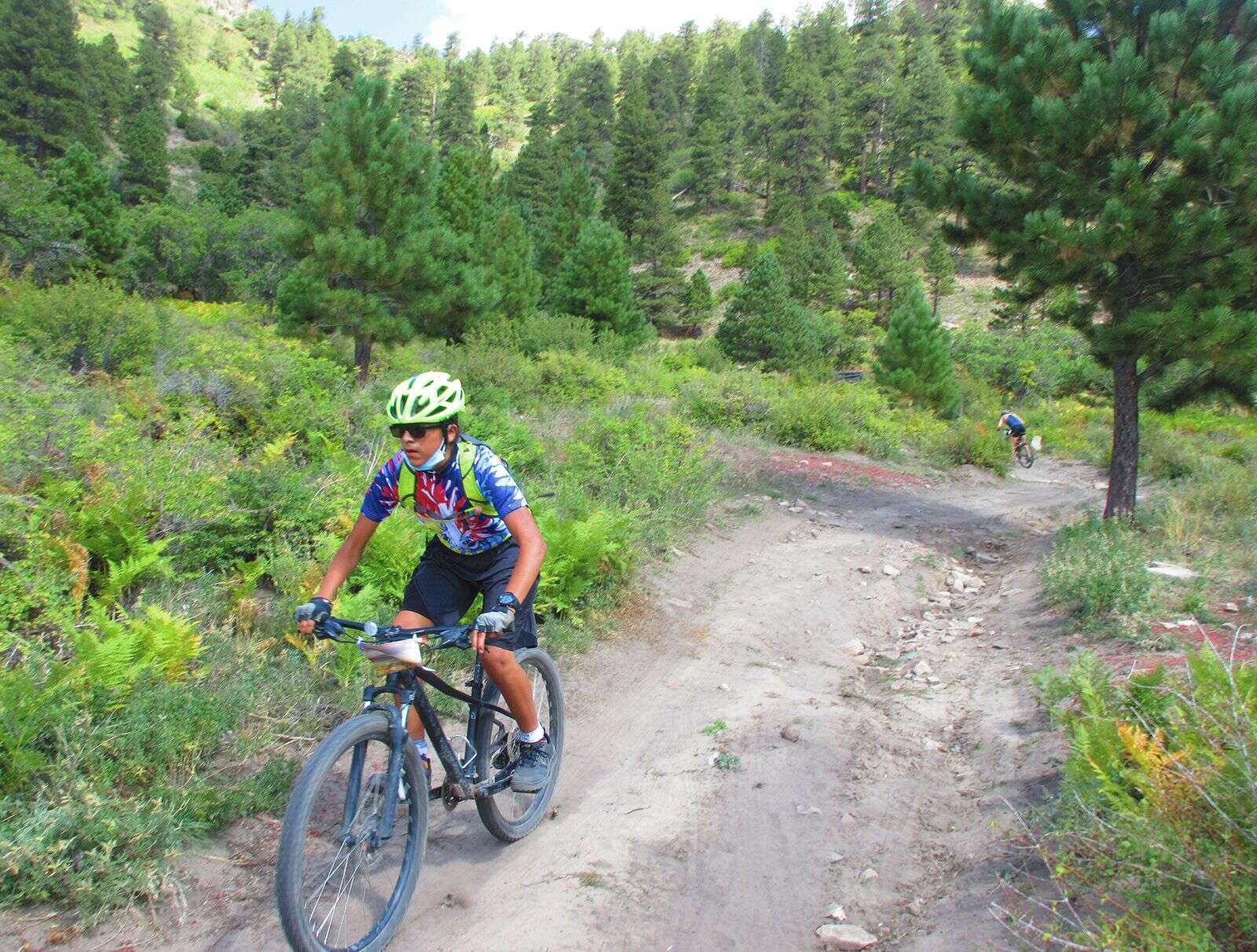 A racing driver in the Chuska Challenge climbs towards a pass. (Jim Mimiaga / The Diary) 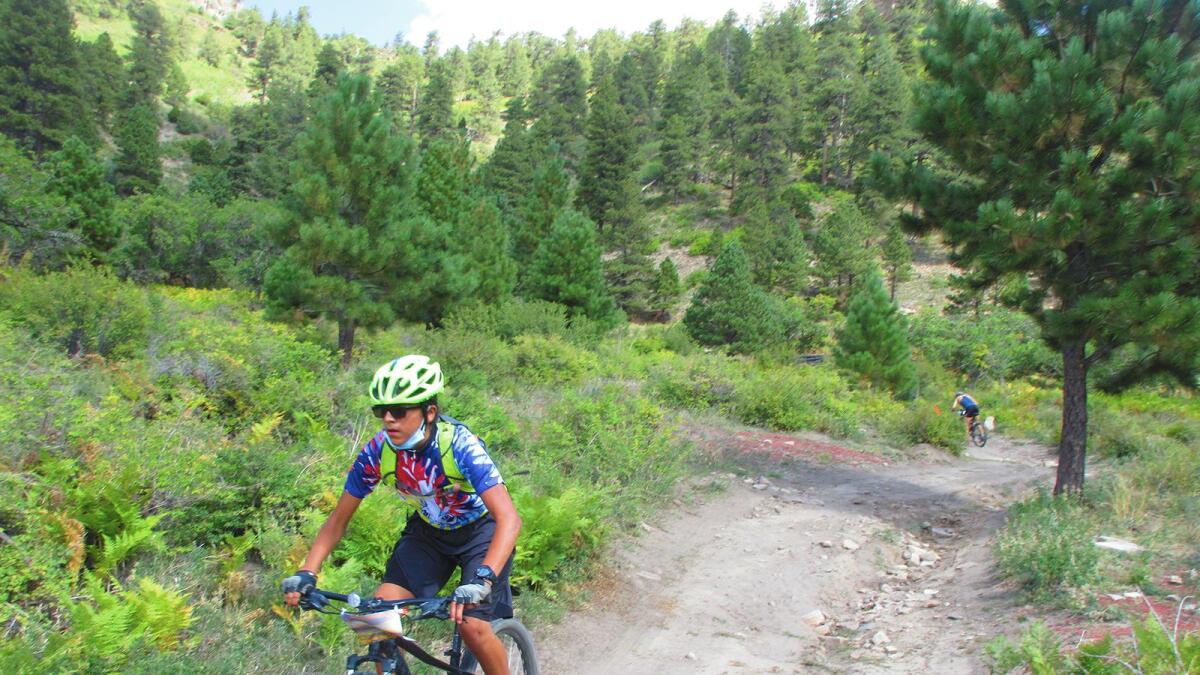 The idea for the Chuska Challenge was launched in 1995 by Riggenbach and his students as teachers at the Navajo School in Shonto, Arizona.

He and his students regularly rode mountain bikes in the Chuskas and wanted to share the experience.

“We were on a fun ride one day and said, ‘Let’s invite a few more people over to enjoy this,’ and the rest will be history,” said Riggenbach.

In 1995 he organized the first Chuska Challenge and it started.

“It went through a lot of variations. We plan to do a similar route next year and hopefully bring the live music back. “

Tucson’s Burger Craze, Getting A Little Downtown Love With A New Restaurant | Attendees