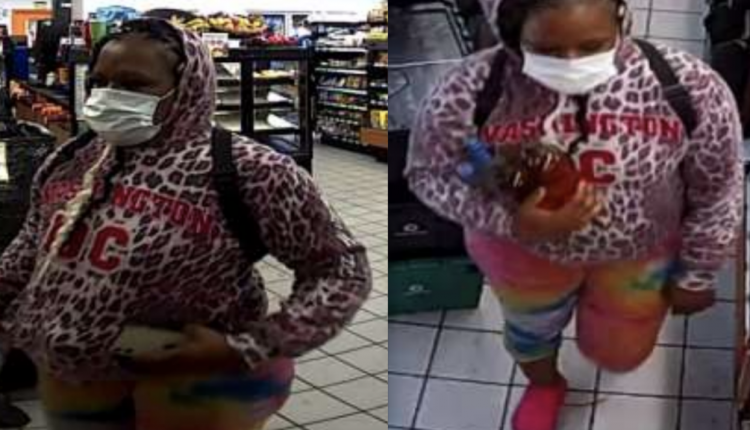 A woman was seen on Aug. 4 near 32nd Street and Broadway Road assaulting a Circle K clerk around 2 am before exiting with money from the register, alcohol and cigarettes.(Phoenix Silent Witness Photos)

PHOENIX — Circle K has increased a $6,000 reward for information leading to the arrest of a woman who assaulted a Phoenix store employee in early August.

The incident happened Aug. 4 around 2:05 am near 32nd Street and Broadway Road shortly after two women were seen on video entering the convenience store, according to Phoenix Silent Witness.

One of the women struck the clerk with a brick, knocking him to the ground.

She then grabbed him by the back of the head and appeared to smash his face into the ground at least three times.

Both women left the convenience store with money from the register, alcohol and cigarettes.

Authorities said they were seen leaving on foot eastbound on Broadway Road.

The suspect is a black female, possibly between the ages of 20 and 30. She stands around 5-foot-2 to 5-foot-5 and has a heavy build.

She was last seen wearing a pink, cheetah-print hooded sweatshirt with “Washington DC” in red lettering on the front, multicolored leggings, pink shoes and a black backpack.

The other suspect was found and is in custody, authorities said.