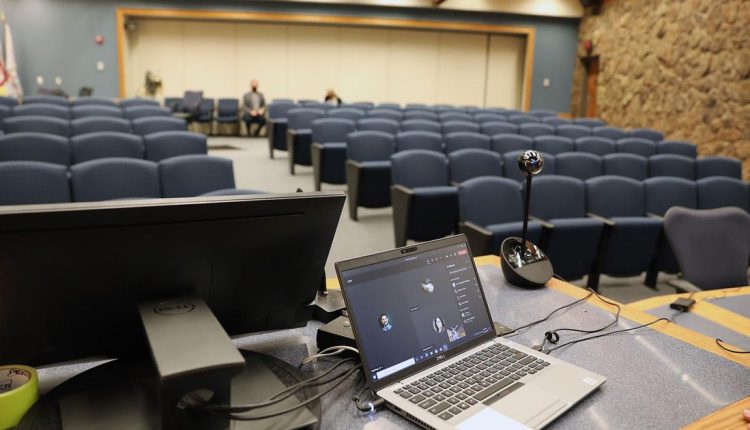 The Flagstaff City Council reviewed recommendations Tuesday at its meeting from a recent noise study, and, rather than adopt a new noise ordinance, decided to assemble a “Good Neighbor Group” to hopefully reach compromise between complaining residents and offending commercial businesses.

In the 291 days of 2022, the Flagstaff Police Department has fielded 493 complaints related to noise, reported Flagstaff Police Chief Dan Musselman, compared to 191 complaints related to unsafe and speeding vehicles. Flagstaff has been in pursuit of a new noise ordinance since at least 2019, and forcefully since June 2021, when a citizen’s petition prompted Council to request a draft ordinance from city staff.

But as the issue has been examined, complexities have emerged that have lead Council to be wary of a citywide ordinance.

For instance, it’s been determined that there is a wide range of issues that contribute to noise complaints in the city — everything from modified vehicles to barking dogs — that warrant different approaches of monitoring and enforcement.

And within these complaints, there is a localized subset that pertain to friction between residents and businesses in Flagstaff’s Southside neighborhood. The historic neighborhood, which was built before the widespread use of amplified sound, is laid out in such a way that there are many residences immediately adjacent to commercial zones — many of which are inhabited by bars and restaurants.

In recent years, multiple residents have become vocal about a handful of Southside businesses that they claim are degrading their quality of life and freedom to peaceful enjoyment of their property. These outcries have in part driven city council’s investigation of a noise ordinance.

Most recently, the city contracted MD Acoustics to conduct a noise study, the results of which have been making the rounds at town halls and coffee-with-a-cop events. The study recommends a noise ordinance for Flagstaff based on area noise-level measurements and comparable noise ordinances in other areas — specifically Sedona and Boulder, Colorado.

While the ordinance recommendations provided by MD Acoustics detail exceptions — such as for “special events” — and zoning based variation in sound level limits, some business owners present at Tuesday’s meetings expressed resistance.

“Let’s not shoot the mouse with an elephant gun,” said Craig Buchard, owner of the Southside Tavern, who believes the proposed noise level limits were too low.

“I implore you not to hurt one group to appear another,” Hyneman said.

“Businesses definitely have the right to run their business and turn a profit,” said Deb Harris, city council write-in candidate and executive director of the Southside Community Association. “But, on the other hand, residents also have the right to a good quality of life.”

Quality of life was a notable issue for Michael Sechrist, a Southside resident, who bemoaned a bar that moved into the area adjacent his apartment and placed an outdoor speaker feet from his window, projecting daily music that keeps him from experiencing “peace and relaxation. ”

According to Sechrist, efforts to contact and resolve the issue with the businesses resulted in hostility and threats to “trespass” him from the premises.

Sechrist did note, however, that another offending business on the same block — The Mayor — had been more receptive to feedback about the impact their amplified rooftop music was having on Sechrist’s quality of life.

“They’re aware,” Sechrist said, “because I make them aware.”

Terry Madeksza, executive director of the Flagstaff Downtown Business Alliance, also reported that recent conversations with The Mayor ownership had yielded some positive results. She advocated a localized approach to the Southside noise issue, one similar to a compromise that was reached when residents near Wheeler Park had complaints about event noise.

“My focus is on compromise,” Madeksza said. “We’re not there yet, but I know we can get there.”

“We need a vibrant downtown, but we also need a livable downtown” Council member Austin Aslan said of the issue, expressing concern that an ordinance may be “weaponized” in the Southside neighborhood conflict. Instead, he advocated that business owners step up and start applying “peer pressure” to self-regulate so that the “nuclear option” of an ordinance could be avoided.

“Organic community patrolling of its own problem is the best course of action in my mind,” Aslan said. “But it’s important to note that we have come to this moment where the threat of the nuclear option is a thing.”

Council member Regina Salas was more or less on the same page, and said some situations require a “neighborly” approach.

The conversation then turned to the creation of a “task force” representing businesses, residents, city staff, and third parties that could mediate and recommend a course of action for the Southside noise problem. Dubbed the “Good Neighbor Group,” Council decided that creation of such a task force would be the next best step, though some expressed reservations.

“A task force will be just another mechanism to slow this down and delay it,” said Councilmember Jim McCarthy, who supported adopting an ordinance like the ones recommended by MD Acoustics. “We’ve been talking about this since 2019.”

“I’m not interested in this going on forever,” said Vice Mayor Miranda Sweet, who stressed the need to define Good Neighbor Group deliverables. “But I think we can get there.”

The Sharif Family Arrives in Tucson: A Refugee’s Story