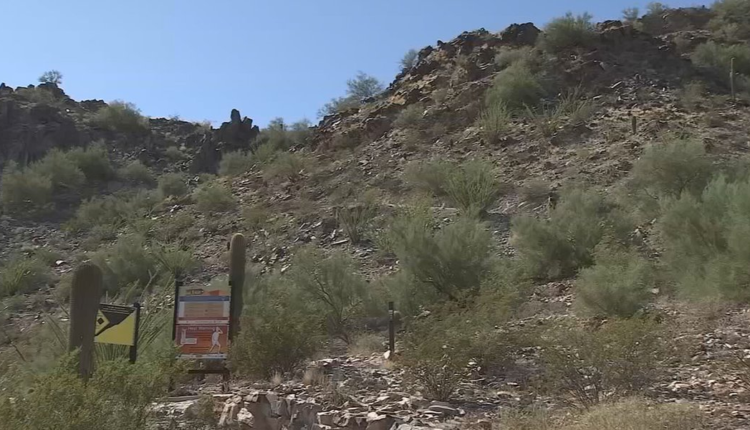 PHOENIX (3TV/CBS 5) — The city of Phoenix is ​​asking the community for their feedback on new proposals that would further limit access to hiking trails in the name of heat safety, and there are a lot of mixed opinions on this. The city shut down some hiking trails last summer on days the National Weather Service issued an Excessive Heat Warning, and now they are exploring even more closures.

The city put out a survey online asking for people’s input on two possible changes to the current program. The first would extend summer closure hours, and the second idea is to make it a year-round program. They say it’s to protect hikers but also first responders. “It’s really home to us and when you start telling us we can’t be at home, and start taking away more hours, it’s what I have called the slippery slope,” hiker Jes Dobbs said.

Piestewa Peak and Camelback Mountain trails shut down 18 times over the summer last year under the city’s heat and safety program, which ran from May through September. The closed trails from 11 am to 5 pm every day the National Weather Service issued an Excessive Heat Warning.

The city says there was an 18% decrease in mountain rescues during its pilot program in 2021 and a 9% decrease this past year. “If I go out knowing I shouldn’t be hiking in the heat, then a few more people have to rescue me and something happens when their lives are in danger as well, then it’s a domino effect,” hiker Isaac Torres said.

Now the parks and rec department is considering making two changes, closing the trails two hours earlier from 9 am to 5 pm instead of 11 am to 5 pm, and making it a year-round program instead of just during the summer months. “So where does the line stop? You can still have someone go up at 8:55 am and be up there at 1 pm and need a rescue,” Dobbs said.

Dobbs runs the Camelback Culture Instagram, a popular page for hikers. She recently posted about the city’s survey, and it’s gaining a lot of attention. The city says rescues were the highest between 10 am and 2 pm, and several rescues even happened during those hours on closure days.

In a statement, a spokesperson with the United Phoenix Firefighters Association says, “we fully support the process of balancing public input with the judgment of the parks board to fine-tune trail restrictions now that they have had some time to be in place. Thus far, the restrictions have been working as intended, keeping the trail users and firefighters safe.” “I think keeping it open would be better,” hiker Ethan Schattner said. “I think people have to use their head and decide for themselves if it’s safe or not, especially if it’s really hot.”

The online survey is open through January 31. The parks and rec board is holding a meeting open for public comment Thursday at 5 pm For more information, click here.