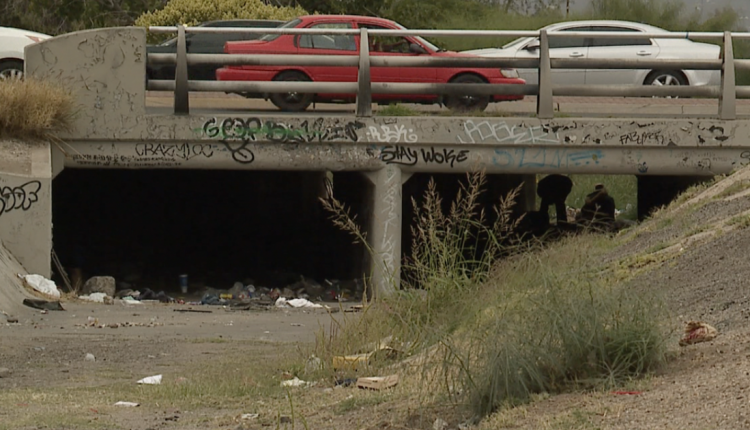 TUCSON, Ariz. (KGUN) — Those who live near Fort Lowell and Oracle said they have seen the area change rapidly over the last several years.

“You can’t go to a gas station or convenience store, practically anywhere in this neighborhood, without catching homeless people around,” said nearby resident Coven Malik Baumgardner.

29-year-old Marina Lopez lives in a nearby encampment and has for the last six months.

“My brothers were out here and homeless. I didn’t want them to be alone, so I came out here with them,” said Lopez.

The City of Tucson is asking for the community’s help in reporting the locations of homeless encampments. Just last week, the city launched a website that allows people to do so at the click of a button.

“It’s an easier way for people to report encampments and actually pinpoint locations, so we can get the right resources to them in a way that is more strategic,” said
City of Tucson Multi-Agency Resource Coordinator, Mari Vasquez.

Once an encampment is reported, the city will determine what type of action is necessary.

“We have outreach workers who work with Housing First and Housing and Community Development. Once they know that location, they can go out and offer the services that the city can provide. Not only the city, but non-profit partners as well. We have environmental services that can go out and clean the area if needed. Then with Tucson Police, the enforcement part,” said Vasquez.

So far, the city has received 90 reports of homeless encampments.

“We really want to make it a collaborative effort with everybody and, again, try to do the best we can for Tucson and keep everybody safe,” said Vasquez.

——-
Megan Meier is a reporter for KGUN 9. Megan graduated from Arizona State Universityʼs Walter Cronkite School of Journalism and Mass Communications in May 2018. While pursuing her degree in broadcast journalism, Megan interned at the City of Phoenix. Share your story ideas and important issues with Megan by emailing [email protected] or by connecting on Facebook, Instagram, and Twitter.