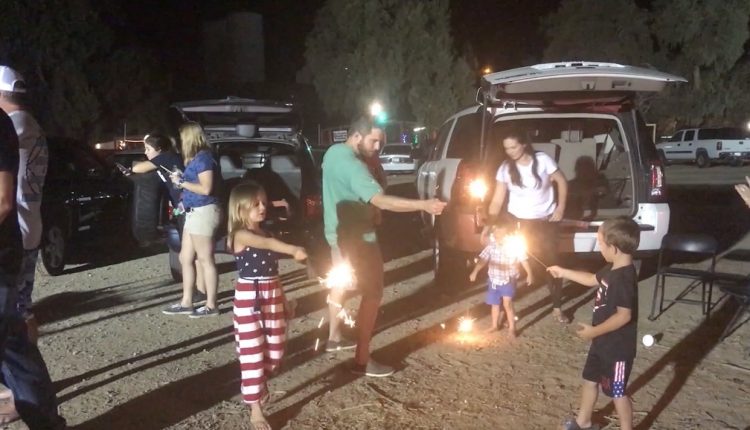 City of Yuma is making changes to their firework ordinance

YUMA, Ariz. (KYMA, KECY) – The City of Yuma is making changes to its current fireworks law after receiving complaints from the public.

“That’s really what the major change is here. That before, state law had an open hole in it that permissible consumer fireworks could be used, there was no ending time,” says Short. “Now, the legislature meant for it to end at 1:00 am, but it wasn’t really written down so it made it be very very difficult to enforce.”

When the new fireworks ordinance gets approved, all fireworks can’t be lit on designated days before 8:00 am and people can’t set off fireworks after 11:00 pm and 1:00 am on specified dates.

For Fourth of July, you can light permissible consumer fireworks June 24 through July 6.

For New Years, you can spark them from Dec. 24 through Jan 3.

Another addition to the ordinance is paying a higher fine.

“We’re allowed to write a ticket and it’s up to a thousand dollars fine now,” Short explains.

All fireworks that shoot in the air are still illegal at all times.

Short adds, anyone that uses fireworks who causes a fire could be responsible for all costs tied with fighting that fire.

“They got to pay for everything,” says Short. “Not only the damage to the buildings or trees or whatever else they caused but all the suppression costs as well.”

The Fire Marshall also now has the ability to provide extra enforcement for the sale of fireworks and can take in illegal fireworks.

These new changes will go into effect 30 days after the council approves them.

Weekend Events for Prescott Valley and Beyond for September 9, 10, and 11