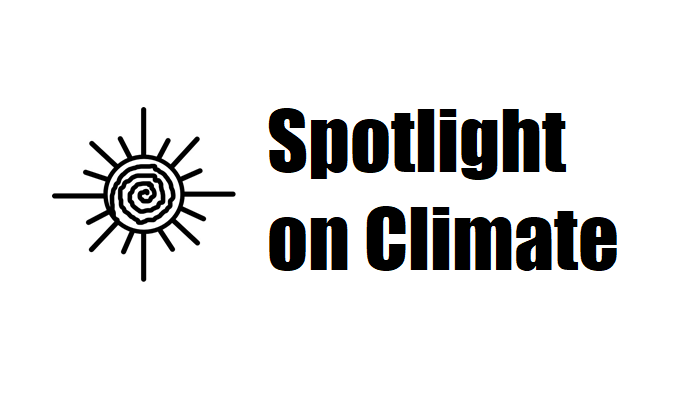 Climate Spotlight: How Long Have We Knowed About Climate Change? | Columnists

It turns out that we have known about man-made climate change for quite some time. In the last column, we traced the history of climate change research back to the late 1800s in Flagstaff, but our understanding began long before that.

In 1824, Joseph Fourier found that the earth was warmer than it should be because of its distance from the sun. He suggested that gases in the atmosphere hold heat, like a glass container holds heat when placed in sunlight. This later became known as the greenhouse effect. You will see this effect whenever you park your car in sunlight for too long.

The American scientist Eunice Foote showed in 1854 that carbon dioxide (CO2) absorbs heat, which confirms that CO2 is one of the gases that affects Fourier’s observations. And in 1896 Svante Arrhenius, who happens to be Greta Thunberg’s ancestor, quantified the relationship between CO2 concentration and earth temperature using the “Stefan’s rule” (isn’t the story sometimes great?).

Scientists didn’t just stop with “Stefan’s Rule”. Since then, they have worked out many details of climate change. We now know that methane, water vapor, nitrous oxide, CFCs and ozone are also greenhouse gases. Thanks to the careful measurements made by Charles David Keeling from the 1950s onwards, we know that CO2 is the most important greenhouse gas affected by human activities. Before the industrial revolution, atmospheric CO2 concentration was 280 ppm in the mid-19th century. By 1958, Keeling had measured 315 ppm, and it wasn’t until this spring that we exceeded 420 ppm for the first time in 23 million years.